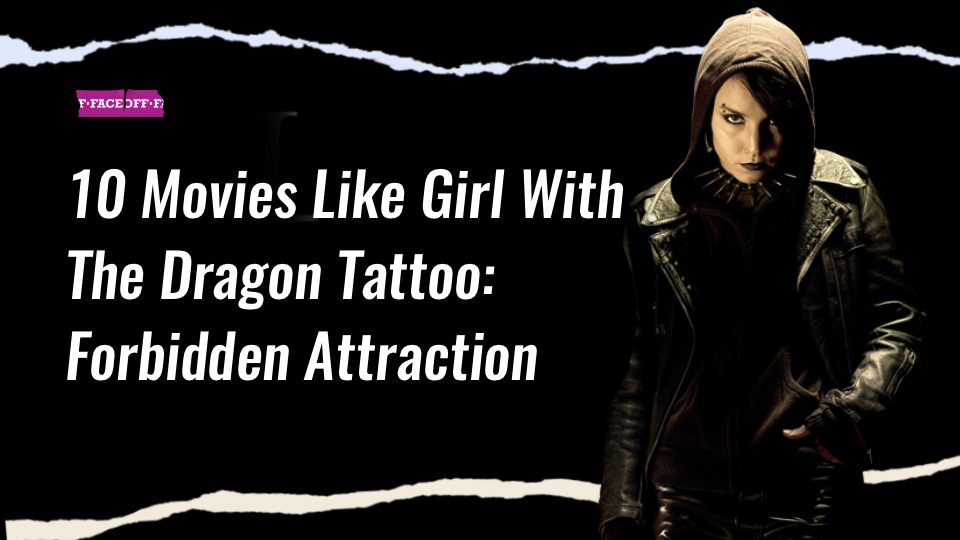 Swedish director Niels Arden’s film, Girl With The Dragon Tattoo, generated a huge buzz. Hollywood studios got on the popularity wave and signed David Fincher. The executive producers gave Fincher $100 million to process the story into an American version.

Mikael Blomkvist (Daniel Craig), is the publisher of a newspaper called Millennium. He was convicted of defamation after allegedly exposing a corrupt tycoon. In order to pay his debts, he agrees to investigate an unrevealed case about a 16-year-old girl who disappeared without a trace 30 years ago. Add some Daniel Craig crumbs and the result: Girl with a Dragon Tattoo, was one of the most talked-about films of the year 2011. The film enjoyed an Oscar buzz even before it was born.

Lee Holloway (Maggie Gyllenhaal in her breakthrough role in her career) is not the ideal candidate for the position of secretary in the law firm of Edward Gray (James Spider). She was only recently discharged from a mental institution. And, after only one day in the company of her dysfunctional family, she returns to her self-abuse habits. Although she has never worked in her life, Mr. Gray, the mysterious and neurotic lawyer, hires her. At the same time, Lee meets up with Peter (Jeremy Davis), the square but sweet girlfriend from school days. Scheinberg’s film walks the dark corners of human behavior, men and women alike. He does it with a smile.

Secretary is a similar film to Girl with the Dragon Tattoo In the hallucinatory atmosphere in which the film takes place, the office is designed like a supermarket of styles, from classic to Victorian, oriental to art deco, and the director’s defiance, which teases the viewer.

A black limousine traveling up from “Mulholland Drive” was involved in a car accident. An impressive brunette with the appearance of a movie star (Laura Harring), escapes from the wrecked car wounded and without a memory. She sneaks into a private house that has just been locked by its owner – an older actress who goes out to a film shooting in a faraway location. To the same house arrives the actress’ niece – sweet blonde Betty (Naomi Watts), who has just landed in Hollywood and wishes to become a great actress. At the house, Betty meets the mysterious woman who has lost her memory and adopts the name Rita from a movie poster “Gilda” she sees at the house, with Rita Hayworth. Betty and Rita, try to solve Rita’s past mystery and help Betty become a real Hollywood star. Investigating Rita’s past will lead them to dark secrets, and perhaps the reality they live in is actually a nightmare of someone else.

Many critics view Mulholland Drive as the best film made since the turn of the millennium. The film shares the same delusional, insane, scary, and mesmerizing vibes, that only Lynch knows how to direct.

Melvin Udall (Jack Nicholson), is a successful New York writer, writing dozens of sticky novels. He is locked up in his apartment because he has mental disorders that cause him to avoid contact with strangers and the outside world. He also tries to avoid his neighbor Simon (Greg Kinnear), a gay painter who believes in everything Melvin opposes. Melvin hates especially Simons’ little dog. The only contact he has is with Carol (Helen Hunt), a waitress at a restaurant where he goes out for breakfast every day. Even though he is giving her a hard time when she serves him, Carol manages to hit him back with a sting no less powerful than his own. When Simon, his neighbor, gets into the hospital, Frank (Cuba Gooding Junior), Simon’s friend, forcibly convinces Melvin to take care of the little dog when Simon is hospitalized. Melvins’ life changes while taking care of the dog – little by little he becomes a better man and more sociable and even his relationship with Carol gets into a turning point.

Both Hunt and Nicholson won the Oscar for their roles. Very few films have shown us an ensemble of actors that has been so successful. Alongside Nicholson and Hunt proudly appear Greg Kinnear who was nominated for an Oscar for his role in the film. Cuba Gooding Jr. another Oscar winner for Jerry Maguire, Skeet Ulrich who plays a male prostitute and does a small but exciting role, Veteran actress Shirley Knight and even Jill the Dog, who plays Wardell, Simon (Kinnear)’s dog who manages to capture our hearts and has been immortalized on the film’s poster.

Jade (Gabriella Wilde), a privileged teen, falls in love with David (Alex Pettyfer), a working-class teenager. Quickly their parents strongly disapprove of the relationship. This parental disapproval only makes the forbidden love affair more intense and both teenagers more determined to fulfill it.

Based on the novel by Scott Spencer – this romantic film will sweep your head over hills from its first scene. It is thrilling and enjoyable for all true love – forbidden love genre lovers.

George Weber (Dudley Moore), is a successful middle-aged musician who has just celebrated his 42nd birthday. He uses a rating scale to rate the women he meets, from 1 to 10, with 10 indicating the perfect woman. He develops an obsession with Jenny (Bo Derek), an attractive young woman he sees as the perfect woman, he rates her with 11 – Since he sees her for a brief moment but then she disappears from his sight, he decides to embark on a quest for her.

This comedy gives you the taste of the late ’70s, slapstick, and funny and naive in some way. Bo Derek is unforgettable in this role and Legendary Dudley Moore is fun and witty as always.

A troubled American teenager (Ryan Cerenko) visiting his estranged Father (Keith Hill) in England.  During his emotionally complicated visit, he gets into a relationship with an older Foreign woman (Claire Kahane) working for his dad as a maid.  Should a romance between an older woman and a younger guy be kept a secret? The Maid brings up many questions.

Other than that it’s a really romantic movie – that shows you how fate can take you in a different way to your soul mate – so true love genre fans – this is for you.

In a typical American suburb, lives a family that embodies the fulfillment of the American dream. But if we look more closely, we will find that beneath the image of the perfect family. Lester Burnham (Kevin Spacey), the father of the family, is fed up with his lifestyle, Carolyn (Annette Bening), his wife despises him, his sixteen-year-old daughter, Jane (Thora Birch), sees him as a loser and his boss is looking for an excuse to fire him. Lester, captured by the charms of Angela (Mena Suvari), his daughter’s school friend, decides to make far-reaching changes in his life. In his search for happiness, Lester finds an unexpected ally – Ricky (Wes Bentley), 18 years old new neighbor’s son who sees life through the lens of his video camera.

This Oscar-winner movie was a real sensation back then, watching it again it is still sharp and sad as it was, poetic and beautiful.

Ji Hye (Son Ye-JIn), is a college student that finds letters her mother wrote – and are a trace of a passionate triangle romance she was involved in years ago. Meanwhile, Ji-Hye is falling for a boy, but she is not completely sure he’s into her. When they become more close, we reveal the connection between the ancient love story and the present-time affair – will fate be so gentle and a circle will come to an end? This Koren love story is so well crafted, you just can not wait to see what will happen.

Eun – Yi (Jeon Do – Yeon),  is a young woman who comes to work as a maid at the home of a wealthy family; While the landlady is in her final months of pregnancy, Eun-Yi is having an affair with her husband and getting pregnant from him.

With strong characters and cast, this movie is staying with you long after it ends. Really beautiful aesthetics and visuals.

A romantic Chinese historical drama that tells the story of a pretty teenager (Jane March), who meets a handsome Chinese rich playboy (Tony Leung Ka Fai). Going against all conventions, the lustful pair begin a steamy affair. Their strong attraction toward one another is only intensified by the forbidden side of their romance.

Based on the semi-autobiographical 1984 novel by Marguerite Duras. The Lover is a movie like Girl With Dragon Tattoo. It is drawing in a really artistic way a forbidden romance. You will think about this blockbuster with its beautiful aesthetics and special landscapes, long after it will be over.