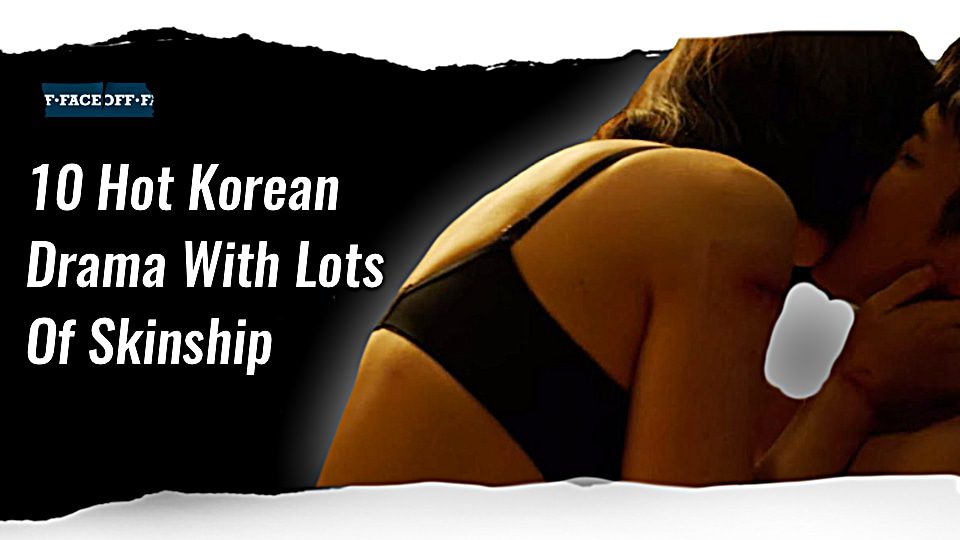 Korean dramas are very well-known for their beautiful depiction of romance and sensuality. These hot Korean tv series are becoming increasingly famous thanks to their beautiful and sexy actresses. The most popular type is definitely the sexy Kdramas. In addition to a good storyline, these series also feature breathtaking cinematography and a soulful soundtrack. Moreover, they feature brilliant acting and rich characters. So, if you’re looking for a Korean drama with lots of skinship, then look no further. We have compiled a list of the top 10 hottest sexy Korean drama you should watch. Let’s jump right into it.

A slice of life about a group of young hot Korean girls and guys in Seoul’s busy dating scene as they learn about love and relationships. Park Jae Won (Jin Chang Wook) is the lead architect at his father’s office. He seems to be typecast as a “Hot guy with a respected good job”. His cousin also serves as an architect in that firm, and his long-term sexy girlfriend Suh Rini (Joo-Yeon So) works various part-time jobs and has no plans to pursue a full-time career.

Kang Geon,(Ryu Kyung-soo) Rini’s best buddy, is a novelist, and Lee Eun Oh (Kim Ji-Won) Rini’s best friend, is a freelancer. The three of them have known each other since childhood. Oh Sun Young, (Han Ji-Eun), Kang Geon’s ex-sexy girlfriend, is a high school Physical Education teacher. She had a history of serial dating, but she just couldn’t get over Kang Geon. All of them don’t realize that the others struggle with the same issues.

Young men and women from the upper class of Korean society jump into a dangerous game of lust and love. Kwon Si-Hyeon, (Woo Do-Hwan), is a rich womanizer who gambles his life trying to seduce Eun Tae-Hee (The stunning Korean actress ‘Joy’). The 20-year-old Taehee is the respected role model and heir of the wealthy JK Group. She doesn’t really get into the whole dating scene, she believes that the people who are swept away by passion and love are pathetic, and she doesn’t let them go under her skin. But, when she meets the playboy Kwon, her outlook on love changes. The third wheel who completes the trio is Lee Se-Joo (Kim Min-Jane) he has strong feelings for Soo Ji and has frequently felt a bit left out.

Tempted is problematic in so many ways, beginning with Joy’s acting, and the number of stereotypes that seem to stick to this hot and steamy Korean Drama. Overall, it feels like the series started off in an exciting and very intriguing way, but it quickly dwells into the typical cliche mess. Nevertheless, if you are here for the purely sensual and hot sex scenes, then you might be able to make an effort and watch at least three episodes.

No wonder Gong Myung is teaming up with the sexy playboy. I mean, how could she not? He’s 100% stunning, has perfect skin, is kind and mean in a sexy way, and has her back no matter what. It’s a really funny and endearing Korean tv at its best, with no boring anticipated relationship cliches. Just Goo Se-Ra wearing the pants and Gong Myung being all heart eyes for whatever she’s selling.

Cha Jin-Wook (the handsome tv star Sung Hoon) and Lee Yumi (The lovely and sexy Korean actress, Song Ji-Eun) meet at a  resort and become entangled in a sequence of misunderstandings and mishaps. Jin-Wook’s cunning and humorous nature captivate Yumi, and they unexpectedly spent a steamy hot night together. However, the sexy woman vanishes in the morning, leaving Jin-wook bewildered and violently enraged. Three years later, the two cross paths again when Lee begins working as a nutritionist in the company cafeteria where Cha works. They pretend not to recognize each other while suppressing one another when they confess their feelings.

There’s no doubt that My Secret Romance is full of cliches. However, there are also enough fresh elements that make this series relatable and enjoyable. Additionally, there are a lot of hot skinship scenes, so even if you’re not a fan of the story, the steamy highlights will help you to stick to the end. There are also a lot of sweet skinship scenes throughout this show. It may have its shortcomings, but it is really entertaining to watch.

Next on our hot Korean drama list, this tv series follows Lee Young Joon (The steamy Park Seo-joon), a narcissistic Vice Chairman of a family-owned business. He is extremely self-absorbed and arrogant, to the point where he never notices others around him. Kim Mi So, (The gorgeous hottie Park Min Young) Lee’s talented and patient secretary, has been by his side for 9 years and has worked hard without any romantic involvement. On the other hand, Mi So now wants to focus on herself and her life, so hilarious mishaps arise when she decides to leave her work. Is it possible for their 9-year entirely work-related relationship to grow into something more?

A romantic light comedy that doesn’t take itself very seriously. The chemistry between the leads is infectious, and their performances are brilliant. You’ll be happy to hear that there are a lot of Park Seo Joon sexi-sweaty kitchen scenes bearing his, “oh my god”, skin!

The premise revolves around Park Jae Eon, (Song Kang) an art student at a university. He appears to be kind to everyone and is usually upbeat. He is, however, a smoking hot walking question mark, the ladies love so much. He is completely uninterested in others and refuses to be in a romantic relationship. Yu Na-Bi (Han So Hee)is a fellow art student at Park Jae-Eon’s institution. She had previously broken up with her boyfriend because of his unfaithfulness. She refuses to be influenced by love. She unexpectedly falls in love with Jae and develops dangerous feelings for our messed-up Park boy who loves to play mind games with Yoo. Yes, It just hits home how damn easy it is to lose yourself with people like Jae Eon.

A well-written series, and one of the hottest Korean dramas on this list. A bit overdramatic, so it’s perfect for you drama queens out there. The major issue I have with it is that the supporting cast steals the show, and they are way more interesting than the leading characters.

This fantasy Kdrama is definitely built on a tried and tested premise. Shin Woo Yeo (The hot as always Jang Ki-Yong) is a very old nine-tailed fox who is a gorgeous and intelligent writer. He absorbs human energy in a bead to become a human. Lee Dam, (Hyeri), a university student, has an intoxicated friend who falls asleep on top of an expensive car owned by Woo Yeo. While both of them are attempting to assist her, Woo Yeo’s bead falls out of his mouth, and Lee Dam unintentionally eats it. The bead can only stay within a person for a year before breaking and killing them. Woo Yeo explains their problem to Lee Dam and offers to live together until they find a solution, as he does not want to lose his chance to become a human. Lee Dam now lives with Shin Woo Yeo, who has never had a partner in her life.

Overall, My Roommate Is a Gumiho is quite an adorable silly Korean Tv series at its best. Lee Dam is brilliant! I have such a huge crush on her, she’s damn hot! Lee Dam is one of the better K-drama actresses and her personality is what makes this drama a joy ride to watch. Moreover, the intimate scenes have a lot of skinship and are steamy hot!

The story revolves around Dr. Ji Sun Woo, (Kim Hee Ae), a family doctor with what seems to be the perfect life where everything is in order. She loves her attractive husband, Lee Tae Oh, (Korean stage actor, Park Hae Joon) with whom she co-founded an entertainment company, and their adolescent son Joon Young, (Jeon Jin Seo). Things start to hit the fan once she suspects her husband is cheating on her. One day she discovers that her husband is having an affair with a young sexy mistress, (Han So Hee) and that their common friends assisted him in concealing her pregnancy. The picture of peaceful, loving family life is shattered. Devastated by the betrayal, she embarks on a journey to seek vengeance and reassemble her shattered self.

The super-popular Korean drama tv series is an emotional roller-coaster. The twists and turns present a satisfying vengeance story that will make you go, “You got to get the cheating bastard!” but just in time, the series starts to focus more on their son as he starts rebelling and having somewhat of an identity crisis that changes the whole focus.

This Korean tv series tells the story of Moon Kang Tae (Kim Soo Hyun) who works in a mental facility and Go Moon Young (Seo Ye Ji) who is a well-known children’s book author. Both of them have a very conservative outlook on love. One is too busy for a relationship, while the other is anti-social and afraid of connecting. After meeting, the two gradually begin to heal one another emotionally and fall in love as the story progresses.

Saikojiman Gwaenchanha gives you that “spooky fairytale” vibe. It’s very unique mainly because it doesn’t focus on an unrealistic and exaggerated depiction of love; it shows how love can heal your mental health. It passes its messaging in a very light-hearted manner. So Hyun did his share of repressed moody heroes, but this time his character has more depth thanks to his counterpart. The premise may sound very serious, but it’s not, you’ll find that there are a lot of good comedy moments.

Ji Hae Soo, (Gong Hyo Jin), is a psychologist who is well-known for writing mystery books. She is afraid to commit to sex with her partners because she saw her mother having a secret affair when she was young. While she’s on a talk show panel with Jang Jae Yeol (Jo In Sung), her favorite romance psychological thriller writer, it becomes evident that Jang Jae has fallen for the stunning Ji Hae. When Ji Hae Soo finds out that her boyfriend is cheating, she becomes devastated and breaks up with him. The void is filled quickly as Jae Yeol seizes the opportunity to make his move on her. Hae Soo soon falls in love with him too. As their personalities collide, Jae Yeol and Hae Soo work together to help each other heal from deep-seated emotional scars.

This Kdrama is more serious than the rest of the hot Korean dramas on this list. But it does have a lot of light and very hot moments. It tackles mental illness and attempts to demonstrate how isolated a person can get as a result of their illness.  Overall, it has a beautiful storyline that is full of emotions. You should definitely check this one out.

See recommended: 17 Korean Hottest Movies To Heat Up Your Night