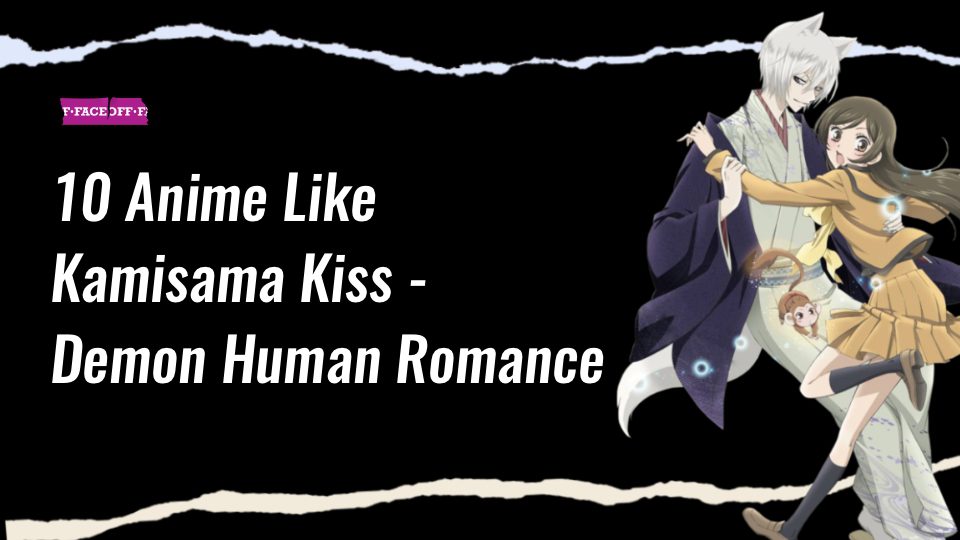 Kamisama Kiss is a josei anime that was released way back in 2012 but still continues to live in people’s minds. It was a unique romantic comedy show that strayed off from the usual storylines that we often found at that time. This is why this particular series managed to make a name for itself and stand apart from the rest of the anime. Kamisama Hajimemashita follows Nanami Momozono and Tomoe in a fantasy world where they get involved in a hilarious romantic comedy.

If you are also looking for some anime that follows similar themes like Demon Human Romance with strong female leads, then you should take a look at the recommendations below which list some anime like Kamisama Kiss.

10/10. Hotarubi no Mori e (Into the Forest of Firefly Lights)

This beautiful one-shot shojo involves Hotaru Takegawa whose childish mind gets entangled with the stories of the mountain god. But because of that, she loses herself in an ancient forest and soon reaches her wit’s end. There doesn’t seem anyone nearby who can help her and she almost becomes desperate to find her way back to her uncle’s place.

This is when she comes across a forest spirit called Gin who leads her out of the place. Gin warns her that she can never touch his body and she shouldn’t come back to that place. But Hotaru pays no heed to those warnings and they start meeting more frequently. Soon, romantic feelings start blossoming between them that making things more complicated than they should have been.

Similar Themes: Like Kamisama Kiss, two characters in this anime see a romantic spark forming between them that was totally out of the blue overall tone and atmosphere, art style, and strong female lead slowly developed romance.

Aoi Tsubaki stars in this story with a special ability. She can see spirits (Ayakashi) that usually reside in the Hidden Realm.

Since she was abandoned by her mother at a very young age, Aoi’s grandfather decides to take her in as she shares the same powers as him. But when her grandfather passed away, Aoi finds herself in quite a pickle as her only means to protect herself from the spirits is cooking.

One day when she feeds a mysterious spirit she is taken to the Hidden Realm where she meets the ogre-god called Oodanna. She reveals that her grandfather has lots of debts to pay and so she must marry him as a result. Aoi strongly refuses to do so and decides that she will pay that debt in her own way by opening up an eating place at his inn.

Similar Themes: A romantic comedy with a leading female protagonist who is forced to interact with a youkai. Also Kakuriyo: Bed & Breakfast for Spirits is based on Japanese mythology, and a demon human romance anime

Princess Tutu starts with a suck getting turned into a human. It’s like a fairy tale with magical girls that have jumped straight from the books and come to life. Her name is Ahiru and she lives among other magical creatures like talking cats.

Ahiru has the power to change herself into Princess Tutu who is a great ballet dancer and her dance can relieve people of their stress easily. Meanwhile, she also prepares herself to go on a side quest and collect the pieces of the heart of her prince. This way he will get his heart back which he had voluntarily destroyed in order to seal a raven.

The anime follows the story of a self-proclaimed god named Yato. Any person who finds themselves in trouble only needs to dial up the telephone number marked in red and Yato god will come to their aid. But despite all these Yato doesn’t have a lot of followers. He goes around doing odd jobs from place to place until his weapon partner becomes frustrated with him and leaves his side.

Yato becomes sad at his messed-up situation and starts thinking about it when suddenly his life is saved by a cute girl named Hiyori. But Hiyori’s soul leaves her body in that effort and she tells Yato to attach it back. Yato tells her that he needs a new weapon partner to do that and the duo sets out on their path to find someone for Yato.

See relevant: 40 Anime Where the MC is Op But Hides his Power

The anime follows Yona, a popular princess in the Kouka Kingdom where she leads everyone’s dream life. She is totally oblivious to the problems in her world and spends her time peacefully.

But peace is not everlasting as the king is murdered suddenly. Things become even more worrisome for Yona when she learns that her favorite cousin has turned into a traitor. With no other options available to her, Yona is forced to escape from her palace with only her bodyguard by her side.

As she sets foot in her beloved kingdom for the first time, she gets to see its reality. It is not at all like how she imagined it to be and that comes as a big shock to her. She will essentially learn what it means to fend for herself as this coming-of-age story tells us how Yona is planning to establish stability in Kouka.

5/10. Akagami no Shirayuki-hime (Snow White with the Red Hair)

Shirayuki is a girl living in Tanbarun who works very hard at the herbal shop. She has flowing red hair and her name translates to Snow White. Overall, she is a very likable and cheerful girl.

One day, the prince of her kingdom, Raji takes notice of her. He wants Shirayuki to become his concubine but she is strongly opposed to it. She knows that if she agrees to that proposal she will never have her freedom again. In order to escape from Raji, Shirayuki cuts her hair short and flees to the forest. Luckily the prince of the neighboring country, Zen Wistaria spots and rescues her. Shirayuki decides that she should pay her debts to them and goes off to try and become a herbalist in his country.

Similar Themes: Just like you followed Nanami and Tomoe in Kamisama Kiss, get ready to immerse yourself in the adventures of Shirayuki and Zen in this anime. The anime shares themes like strong-willed girls, demon-human romance anime, and slowly developed romance.

It is never a good sign when a demon catches hold of you and drags you into a well. A fifteen-year-old girl named Kagome Higurashi finds herself in the exact same scenario except she doesn’t hit the rock bottom that well. Instead, she gets teleported 500 years back to the past when Japan was still in its Sengoku Period.

Apparently, a wish-granting jewel gets formed inside her that also happens to be a target of the demon. But the jewel breaks during a battle with a demon and Higurashi tries to enlist the help of a dog demon who is also a hybrid human.

The cute couple then starts their quest of collecting the broken pieces of that jewel and ensuring that they don’t fall in the wrong hands. During their journey, a fox demon, a monk, and a demon slayer also join them, which marks the beginning of an epic adventure.

Haruhi Fujioka has managed to get herself admitted to Ouran High School Host Club by the means of a scholarship. One day she tries to enter the Music Room in the hope of finding a place where she can study quietly. But unfortunately, it was the room for the host club and Haruhi accidentally breaks a very precious vase while trying to escape.

Soon she gets surrounded by the Host Club members who tell her that she has to play the role of an errand boy in order to make up for the cost of that vase. She also seems to easily fit into that role owing to her borderline masculine appearance. Thus, begins her new life in this club whose primary job is to entertain the female students in the school.

Seika High School has just turned into a co-ed school from an all-boys school. And the very first female president of the student council of that school is the cute girl, Misaki Ayuzawa. She instantly brings a lot of changes to the school with a big emphasis on discipline.

This does not sit well with some of the boys who start calling her the Demon President. But Misaki Ayuzawa has a big secret. She works part-time as a maid in a cafe to help her family financially. Unfortunately a student from her school, Takumi Usui recognizes her in that cafe. It gives big leverage to Takumi who can now use this secret to get his way around the school. He can even use that to get closer to Misaki who usually puts a wall around herself.

Similar Themes: Maid-sama! is an anime like Kamisama Kiss, where two unexpected characters form a romantic bond in Maid Sama and slowly get to know each other on a more personal level. Orphan girls, the strong female lead, overall tone and atmosphere, handsome bishounen, romantic comedy, loveable characters.

From a very young age, Tooru Honda has grown up hearing various stories about the Chinese Zodiac from her mother. But when she encounters a terrible tragedy she is forced to live alone in a tent. The tent is also close to the estate of the prestigious Souma family.

One day she comes across two members of that Souma family who soon discover her secret of living in a tent. Things start looking up for her when one day she suddenly finds herself in the middle of a fight between the Souma siblings. This is when a big secret is revealed and we come to know that the Souma family member turns into animals from the Chinese Zodiac when they are hugged by someone from the opposite sex.

Similar Themes: Fruits Basket is an ecchi anime like Kamisama Kiss in that they are based on hilarious romantic comedies that will soothe your soul. Same director on both shows, tone, atmosphere, supernatural beings, and humans interacting together, the homeless female lead, the insecure yet strong female lead, shoujo-based anime.