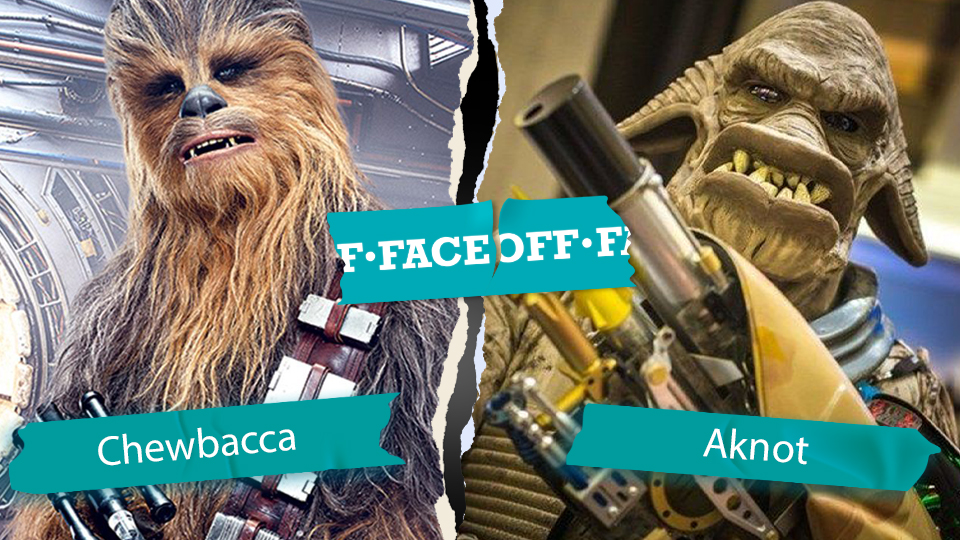 There’s always that one guy on the team who is bigger and stronger than the rest AKA the heavy hitter. They traditionally carry around a weapon that is a bit bigger than the others and has considerably more stopping power. In this poll, we face off the heavy-duty weapons that make one hell of a boom.

After minutes until the bomb explodes, you need someone to lay down heavy fire to cover you while you disarm it. Who would you choose to keep the enemy busy? Blain Cooper and his M134 Minigun (Predator) or Diaz with his RPK Light Machine Gun (Riddick)?

You’re putting together a crew to take out a swarm of aliens wreaking havoc in your city. Who would you bring onboard? Private Vasquez and her M56 Smart Gun (Aliens) or Johnny Rico and his Morita MK I Rifle (Starship Troopers)?

Chewbacca and his Bowcaster vs Aknot with his Mangalore Assault Rifle

You’re in a maximum-security prison, being held in a special room made out of reinforced concrete. Which heavy-hitter would you call to blast through and break you out? Chewbacca and his Bowcaster (Star Wars) or Aknot with his Mangalore assault rifle (The Fifth Element)?

You have intel that your Ambassador’s envoy is going to be hit while passing through dangerous territory. Who do you choose to beef up their security while en route? Rocket Racoon and his Laser Cannon (Guardians of the Galaxy) or Joe and his “Blunderbuss” Shotgun (Looper)?

You’re headed into combat and you can choose to take one of their weapons. Whose weapons would you take? Major Session and his Long Barrel Plasma Rifle (Spectral) or Boss Brutus with his Minigun (Fortnite)?