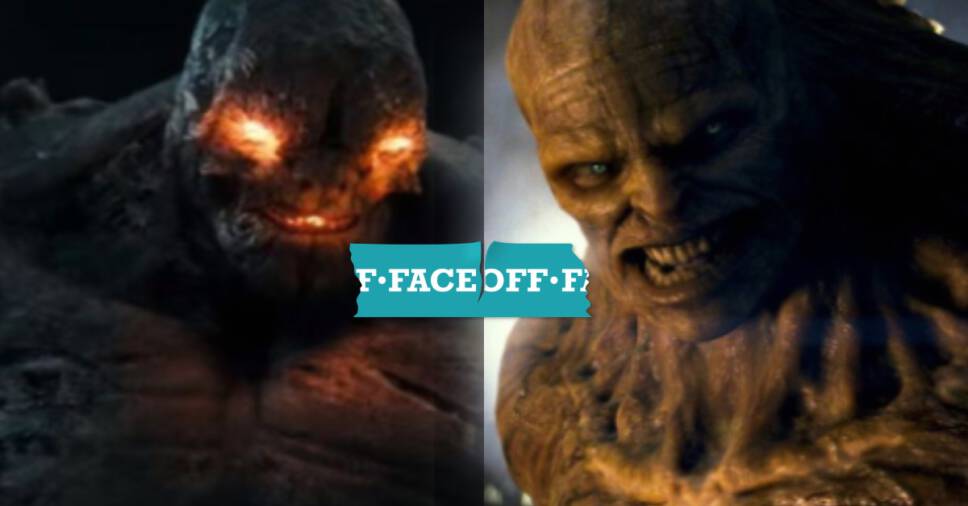 If sheer strength and huge muscles are what you’re into, then you’ve come to the right place. Their superpower is super strength and they can either save you from an incoming truck or be the ones hurling it at you. In this poll, we have nothing but heavy hitters and hulking brutes ready for the brawl of a lifetime. This is the heavyweight championship of the Universe.

You’re late for an interview! You don’t have time to wait in traffic but luckily you can go through the traffic. Which beast would you choose to charge through and clear the way? Doomsday (Batman vs Superman: Dawn of Justice) or Abomination (The Incredible Hulk, movie 2008)?

Their armies have destroyed each other and they’re the last ones standing. Which of the below defeats the other? The powerful marvel supervillain Thanos (Avengers: Endgame) or Steppenwolf (Justice League, movie)?

The arcade just got some new prizes so it’s time to get them tokens! Who would you choose to play the punching bag machine for you? All Might (My Hero Academia, anime series) or Juggernaut (Deadpool 2)?

Some punk at school just said his dad can beat up your dad and it’s time to see if that’s true. Who would you choose as your dad? Mr. Incredilble or the beloved giant Obelix?

You can get super strength, but it will come at a cost. Which of the below would you trade lives with?