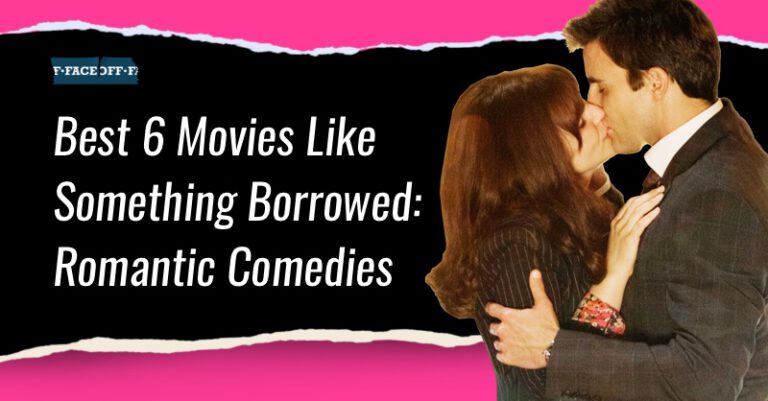 We have created a list for you with the best 6 movies like Something Borrowed. Most chances you will recognize every plot move, and the jokes only adorn the message: love and get married ASAP. But there are some not-so-embarrassing romantic comedies out there, check out the list below.

Something Borrowed directed by Luke Greenfield, is based on Emily Gippin’s book. A romantic comedy starring Kate Hudson and Jennifer Goodwin whose plot can be summed up in the sentence “The story of someone in love with her best friend’s fiancé”. A cute 30-year-old lawyer named Rachel White is dealing with the fact that she is still in love with Dex (Colin Eaglesfield), also a cute lawyer, who studied with her at university.

Wallace (Daniel Radcliffe), who is burned out from a string of failed relationships, forms an instant bond with Chantry (Zoe Kazan), who lives with her longtime boyfriend. Together, they puzzle out what it means if your best friend is also the love of your life.

In this well-written romantic comedy, you can really feel you are part of a triangle. It’s funny and sexy at the same time and everyone can see themselves and reflect on the same situations. It is not an epic over-the-moon love story but a really down-to-earth romance we can all relate to.

When Gerry (Gerard Butler), the husband of Holly Kennedy (Hilary Swank), dies from an illness, she loses the love of her life and doesn’t know how she will continue without him. Knowing how hard Holly will take his death, Gerry plans ahead, trying to think out of the box how to assist his wife continue with her life without him. Beginning on her 30th birthday, she receives the first in a series of letters, written by him, designed to ease her grief and encourage her to move forward to a new life.

In this romantic movie, you will laugh and cry simultaneously, you will be flowing with the script and moments of romance. It’s a movie that you can see over and over again. Pretty much P.S I Love You is a movie like Something Borrowed.

It is just as exciting and unique, no matter how many times you see it, it will sweep you over and over again.

Bridget Jones (Renée Zellweger) is 32, single, engagingly imperfect, and worried about her weight. She works at a publishing company in London where her main focus is fantasizing about her handsome boss, Daniel Cleaver (Hugh Grant). On New Year’s Eve, she decides it’s time to take control of her life and start keeping a diary. Now, the most provocative, erotic, and hysterical book on her bedside table is the one she’s writing. With a taste for adventure and an opinion on every subject – from exercise to men to food to sex and everything in between – she’s turning the page on a whole new life. Based on Helen Fielding’s hugely popular novel, this romantic comedy follows, is one of the greater in the genre.

It is a fun and witty movie, with a lot of insights, some of them approaching romance in a very cynical way. Highly recommended for couples watching.

After serving as a bridesmaid 27 times, Jane (Katherine Heigl) always puts the needs of others before her own. When her younger sister Tess (Malin Akerman) snags the man (Edward Burns) Jane secretly loves, Jane wrestles with the idea of standing by her sister’s side at her wedding. Meanwhile, a handsome reporter (James Marsden) sees Jane’s unusual story as his ticket off the bridal beat.

27 Dresses is a sweet romantic comedy, Katherine Heigl is insanely adorable, the dialogues are sharp and funny and they really make you realize that love is always just around the corner.

Since the time they were little girls, best friends Liv (Kate Hudson) and Emma (Anne Hathaway) have been planning every aspect of their future weddings, including choosing the same destination: New York’s famed Plaza Hotel. When they both get wedding proposals and start planning their dream wedding, they schedule a meeting with New York’s most famous wedding planner who tells them there are three spots open at The Plaza, Two on the same day and one a few weeks later. They each choose a different day, but due to a clerical error, they wind up both scheduled to have their weddings on the same day, soon Liv and Kate will realize that their lifelong friendship is in jeopardy.

Bride Wars is an urban, young, and funny film. Anne Hathaway and Kate Hudson reveal themselves as top-of-the-line comedians. It’s a real gem for girls’ flick with sharpened dialogue and great styling.

Iris Simpkins (Kate Winslet), an English society columnist, still loves her ex-boyfriend, despite the fact that he cheated on her. She is devastated to discover he is engaged and decides to get away for the holidays.
Amanda Woods (Cameron Diaz), a producer in Los Angeles, breaks up with her film composer boyfriend after he admits to cheating on her. She comes across Iris’s listing of her cottage on a home swap website and messages her. They agree to switch houses for two weeks starting the next day. Iris finds herself in a palatial Hollywood mansion while Amanda navigates the lanes of a picture-perfect English village. Soon enough, both lovelorn ladies bump into local lads, perfect for a new romantic era in their lives.

The Holiday is a charming slice-of-life movie, an exciting, and touching film. It has such authentic dialogues and breathtaking landscapes. It’s a feel-good movie. Anyone who has experienced a heartbreak (which is basically everyone, right?) can relate to the feelings it reflects and the gloomy, miserable moments throughout the process of a breakup.

12 Slice Of Life Movies To Watch When Life Sucks