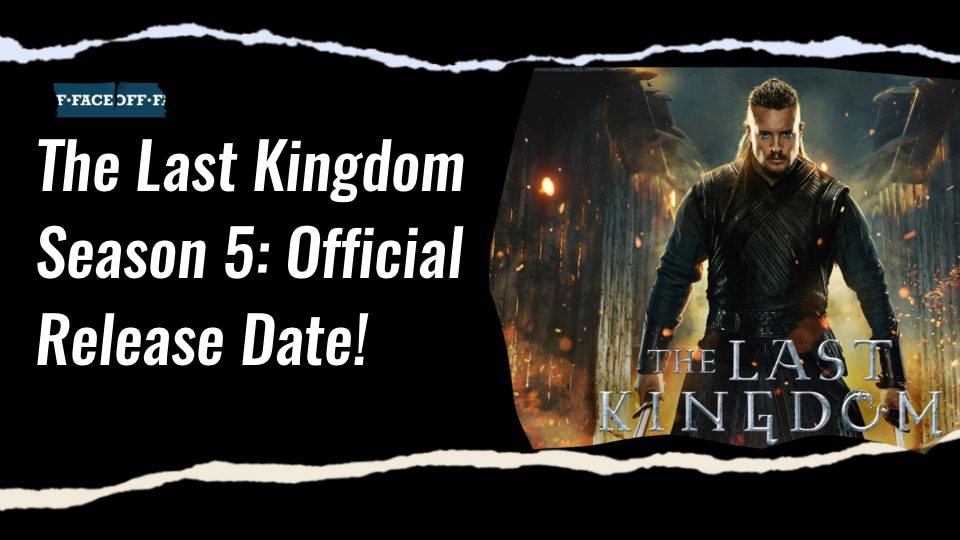 Fans of Netflix The Last Kingdom have been waiting for over 18 months for season 5, and now we finally have an official release date!

The Last Kingdom, better known to its fans as TLK started airing in the fall of 2015, on BBC. It then was acquired by Netflix after two seasons.

The series is based on Bernard Cornwell’s book series The Saxon Stories and takes us to ninth-century Britain which is divided into countless small kingdoms that fall one after the other to the Viking invaders.

What will The Last Kingdom Season 5 be about?

Back in May, Netflix has announced that the TLK will end with the upcoming fifth season.

On October 2021, at MCM Comic-Con London, Alexander Dreymon, who is also one of the executive producers of the historical Viking drama, surprisingly revealed that Netflix has changed its mind and will follow the final 10 episodes with a film entitled “Seven Kings Must Die”.

Seems like there are a lot of new characters in the historic drama fifth season. Most of them never appeared in the Saxons stories.

Here’s what we know so far.

See also: The Last Kingdom vs Vikings: Which is the Better Show?

The official Instagram account for the series has shared a photo of a character named Constantin. The Scottish king Constantine II ruled Alba in the 950s. The character appears in The Saxon Stories novel series and he will be featured in season five.

Jaakko Ohtonen, a Finnish actor will play the Danish warrior.

A quote from TLK’s official Instagram says “This is not about survival”. Perhaps, an indication of the Saxons and Danes continued wars.

Very little is known at this stage about Ohtonen’s character. Perhaps Wolland represents “something deeper” than survival.

Russian-Finnish actress Ilona Chevakova will play Ingrith. She asks “What were they like before we civilized them?” She might be connected to Heasten because Jeppe Beck Laursen who plays the cunning Viking, answers Ingrith with “Woop”. Ilona responded “My partner in crime” Perhaps a love affair of two scheme masters?

In The lats Kingdom season 4, Heasten seemed to have less desire for conflict. He wishes to settle down, find a woman and look after his own lands.

“You do not care for loyalty.” Teasers have given some insight into Rognvaldr (Micki Stoltt) He might be based on the real-life Ragnall, a Viking warlord who ruled Northumbria and the Isle of Man in the early 11th century.

In Cornwell’s books, Ragnall is in fact Sigtryggr’s brother. He appears in the ninth book ‘Warriors Of The Storm’. And season five includes the novel’s events.

Probably bad news for Uthred as Ragnall formed alliances with his biggest enemies.

Rognvaldr will most likely be a major character in The Last Kingdom final season.

The official Instagram account for The Last Kingdom shared a photo of the character with a quote that reads: “Thirty pieces of silver? That is the cost of betrayal I believe.”

Eadgifu is a noble-born to the lord of Kent. Edward’s third wife appears in the books. It seems Edward’s second wife, Aleflaed (Amelia Clarkson) may be forced to say farewell to the crown (To her father’s disappointment)

The real historic Eadgifu (Sonya Cassidy) lost her father’s land in Kent to Edward. She married Edward the Elder in 919 to appease the people of Kent. But it seems there is little connection to the real historic figure.

The daughter of Aethelred and Aethelflaed (The Aethel prefix means ‘noble’ in Old English) , the rulers of Mercia.

In season four episode six when Uhtred’s men and the kids are walking all over the countryside, Aelfwynn is sick and sees a raven, which leads her right to Eardwulf.

Ravens are important to the Norse mythology and since Erik Thurgilson. was a Northman, maybe this scene was supposed to show her real father’s roots.

Aelfwynn ()is probably the most interesting character in season five. The TV series seems to be diverting from the books as her character gives us the Breda vibes.

It also implies a huge leap in the timelines as she’s no longer the delicate sick young girl anymore.

Most likely he is the Scottish king Constantin’s oath men. The historic figure was one of the greatest warrior kings and a legendary sword fighter warrior.

Dommal first appeared in the tenth book. “I know Constantin is besieging the fortress,” I [Uhtred] said, “but nothing more.”

Joyful news for TLK fans, Netflix has finally announced that The Last Kingdom will be back, and it’s not a long wait.

In October 2021 at MCM Comic-Con London, Alexander Dreymon, who is also one of the executive producers of the historical Viking drama, surprisingly revealed that Netflix has changed its mind and will follow the final 10 episodes with a film entitled “Seven Kings Must Die”.

The filming started on Januray 1st, 2022, that probaly means we won’t get to watch the film before 2024.