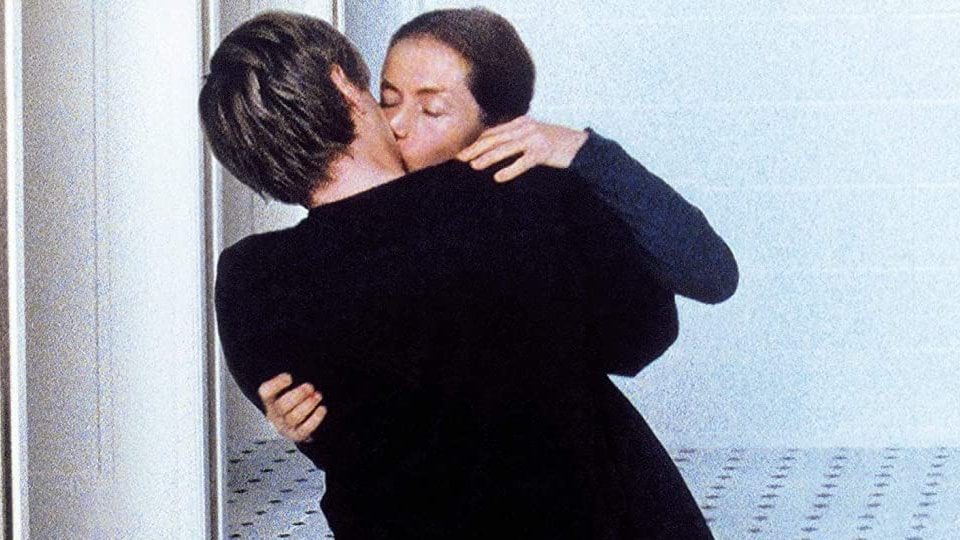 Here is a list of movies Like The Piano Teacher that explore women’s sexuality combined with intellectual dialogues.

The Piano Teacher is Erika, a Vienna-based piano teacher. She is in her late 30s and lives in a depressive household with her elderly mother. Her father has moved to a mental asylum a long time ago.

Erika gets involved with Walter and their toxic relationship grows deeper and inflames violence.

Despite significant gaps between the various movies on this list, the selected titles include the checklists of common drama and love connection themes.

The story involves two loners John and Elizabeth. When they meet each other sparks fly in the air, but Elizabeth quickly discovers the dark side of John’s personality. His behavior shocks her at first but slowly she also begins to be attracted to her own desires.

However, things become more complicated when John starts to push her beyond their limits. Elizabeth finds herself in a vulnerable emotional state which is turning too hard to control.

A Lars von Trier exploration. Basically, the movie is an exhibition of psychological horror wrapped in a dramatic cover.

The leading characters don’t have names. The couple goes through terror while their toddler son dies during their intimate moment. However, the father keeps his feet somehow. In the meantime, the mother collapses at her son’s funeral. The father brings her on a retreat in a deserted cabin. In the search for their biggest fear, unnatural phenomena follow.

Emily Reed is about to join a top-rated law firm in New York. Her employers suggest that she can get the job by flying to Rio De Janeiro the very next day. She agrees and flies with her coworker and one of the executives of the firm Claudia.

Claudia has to fly to Buenos Aires the next morning for business purposes. Since she has a date with James but can’t attend due to a business trip, she asks Emily to meet James instead. Emily joins James and he immediately impresses her with his authentic behavior. The two explore a carnival but an unexpected incident happens and Emily leaves.

She finds James in her room right after waking up, he is there with a bunch of orchids to apologize. But for some mysterious reason, James doesn’t allow anyone to touch him. Emily suspects, he is scared of enjoying himself, so he watches other people getting emotionally involved.

As Emily gets intimidated by a stranger and Claudia returns, the whole situation takes a new turn.

The main story starts with Eloy’s father’s death. Since they own a family business of epitaph stones, they follow some local superstition. As Eloy grieves about his father’s death, he begins to believe that his father’s spirit visits him every night.

He develops the habit of sleep-waking that leads him directly to Elvira’s place. Eloy finds himself jumping into Elvira’s window and landing on her bed. Elvira offers him to be her occasional lover to satisfy their desire. They start to uncover a whole new world of sexuality and adulthood.

See also: 13 Best Movies Like Caligula To Satisfy Your Senses

The film features a young girl named Isabelle who visits France in the summer at the age of 17. There she meets a German boy named Felix and devotes a date that leaves her in dissatisfaction. When she comes back home, Isabelle starts to work as a prostitute under the name of Lea.

But overall things don’t go smoothly for Lea. One of her clients, a 62 years old man died during their intimate moment. She runs away in terror. A few months later, police find out the truth about Lea and chase her mother down. Her mother gets shuttered by her confession to Isabelle and vows to bring her back to normal life.

The two main characters Lazarus and Rae meet each other in an unfavorable circumstance. Rae cheats on her boyfriend Ronnie. She was beaten up and thrown into the street like a dead body. But, luckily Lazarus saves her.

Lazarus is the exact opposite, he is incredibly religious and plays guitar. Once he finds out about Rae’s characteristics and affairs, he claims his responsibility is to pull her out of sin. He ties her up on the farm but takes good care of Rae. Things start to change after Rae begins to regain her health. Lazarus’s point of view also changes over time and situation.

Brandon and Sissy are siblings who live life on their own terms. Brandon is a rich and spoiled brat. He and his married boss see random girls in clubs. Sissy is a stage performer who visits his brother in the town. She discovers her brother has a dark side but doesn’t give it much thought. But Brandon gets furiously disturbed when Sissy starts being with David. He warns her about upcoming heartbreak because he has a family. At the same time, he dates a coworker named Marianne.

Will Brandon find love appealing enough to give up his previous lifestyle? Will Sissy pull over her from the toxic relationship?

Set in Tokyo, in the 1930s. Sada is a former prostitute who currently works in hotels as a maid. Ishida, her boss is attracted to Sada. In one incident he molests and abuses Sada. After that, any regular woman would run away or file a complaint. But Sada gets obsessive with Ishida.

They perform extreme sexual relations which leads to a tragic turn of events.

The film shows the struggle in the romantic relationship between a couple and how they overcome it. The script features Cynthia, an established lecturer who is having an affair with her student Evelyn. But Cynthia is not that emotionally attracted to Evelyn, she is focused on her own pleasure.

Evelyn is screwed when she finds her desires unnaturally involved with Cynthia. While Cynthia gets worried about her aging, Evelyn plans to celebrate her birthday very differently.

Lucia, a young and beautiful waitress, works in a restaurant in central Madrid. After losing her beloved friend, she decides to travel to an island in the heart of the Mediterranean, where she hopes to recreate her old affair.

But the scorching sun and mysterious island atmosphere make her dizzy and cause her to become entangled in an investigation that reveals dark corners in the past hidden from her. The shocking discoveries make her feel as if she is crossing a secret passage into a forbidden novel which the writer who wrote it allows her to experience throughout her body.

This film was adapted from a short story about a dominant lawyer and his secretary’s affair. Lee struggles to live everyday life, trying to hide a disturbing family background. After getting released from a mental hospital, she just wants to work like any other regular person. She applies for the post of the typewriter in Grey’s office.

Young Leila loves casual wild sexual encounters. During a party, she meets David and they embark on a passionate journey and the relationship between them becomes more intimate and closer. Leila begins to want more than a sexual outlet and David backs away and is startled. They discover how difficult the transition from a flick to a relationship is.

Alice lives under the tyranny of her parents and dreams of a perfect love story, but her secret boyfriend is unwilling to make a commitment. In the emptiness, everyone is looking for emotions in the sensual touch of the skin.

Gaspar Noah’s 3D film which premiered in Cannes in 2015, was one of the most anticipated films, everyone wanted to see how the controversial director would keep his promise to provide the Riviera with one of the most blatant and provocative cinematic works ever screened.

An American living in Paris has entered into a sexually and emotionally charged relationship with the unstable Electra. Aware of the impact this will have on their relationship, they invite their beautiful neighbor named Omi to their bed. But Omi gets pregnant with Murphy’s child. For the sake of the child’s future, Murphy chooses to leave Electra. But after a while, Electra’s mother visits Murphy and informs him about her disappearance.

Emma is a blue-haired art student in her twenties. She lives in the north of France and one day, when the sky is especially blue in her hometown, she passes a high school student named Adele. There are those moments where you know that from now on nothing will be as it used to be, and Emma feels that this is that moment.

An affair develops between the two, which is at the center of the French drama written and directed by Abdellatif Kechiche and starring Léa Seydoux and Adèle Exarchopoulos. The film won the Golden Palm, the most prestigious decoration at the Cannes Film Festival and one of the most important in the world of cinema.

Blue Is The Warmest Color is three-hour long slice of life movie, and it shows the blossoming of the relationship between the rather experienced Emma and the younger Adele, for whom this is not only a first time with a woman but also a first love in general. Later, the first heartbreak will come: the sky will darken, Emma’s blue hair will fade, the two lovers will move away, the seasons will change and as Jacques Prévert and singer Yves Montand sang “The dead leaves picked up by shovel“.

The handsome Grace (Nicole Kidman) escapes from gangsters and arrives in the secluded town of Dogville. Encouraged by Tom (Paul Battani), who has appointed himself a spokesperson for the small town, the community decides to offer Grace a hideout in exchange for work.

As the hunt for Grace unfolds, Dogville residents are demanding higher and higher returns for hiding it and Grace is learning the hard way how tortuous the degree of pity in this town can be. But the fugitive has a secret and may soon regret the town that bared her teeth.

“Dogville” Lars von Trier’s spoken word masterpiece is the first film in the director’s American trilogy, U S and A, the film won the highest star average among critics at Cannes Film Festival and picked up countless praise and compliments at various festivals around the world.

Bill (Tom Cruise) and Alice (Nicole Kidman), are invited to a prom at the estate of an eccentric millionaire (Sydney Polk). During the prom, the couple is exposed to sexual temptations, which seem to be a novelty for them. These temptations launch Bill, a typical male in the age of liberation and sexual permissiveness, into a world full of hallucinations, nightmares, an ongoing dream, and a spoiling-peaceful blur, between the tangible world and the hidden world from the eye.

He is particularly troubled by the hallucination that comes from his wife’s confession. Alice tells him about a strong attraction she felt toward a foreign sailor a few years ago, and that despite the attraction, she did not have a relationship with the man.