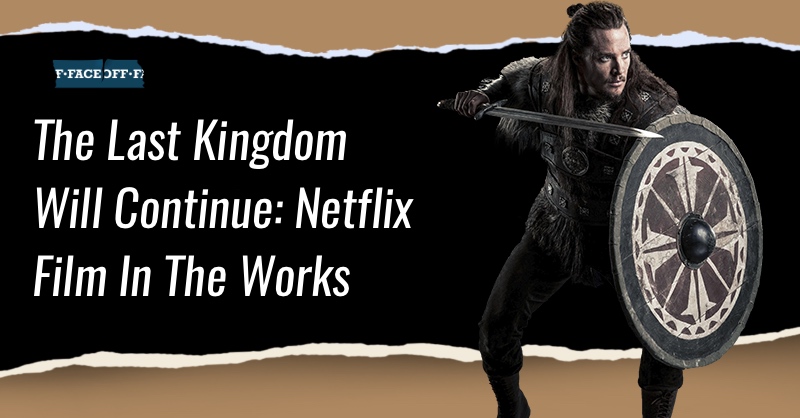 TLK Fans won’t have too much time to mourn the series cancellation.

Back in May, Netflix has announced that the series starring Alexander Dreymon will end with the upcoming fifth season.

This week at MCM Comic-Con London, Dreymon, who is also one of the executive producers of the historical Viking drama, surprisingly revealed that Netflix has changed its mind and will follow the final 10 episodes with a film entitled “Seven Kings Must Die”.

The Last Kingdom Film: Everything We Know So Far

Produced by Nigel Marchant, Gareth Neame, and NBCUniversal International Studios’ Carnival Films, and based on the novels of Bernard Cornwell Seven Kings Must Die is scheduled to start filming in Budapest in early 2022, around the same time that The Last Kingdom’s fifth season will finally be available for streaming on Netflix.

Ed Bazalgette will direct, while the screenplay has been entrusted to Martha Hillier, who wrote most of the episodes of season 4. Hillier will also be the executive producer with Dreymon, Nigel Merchant, Gareth Neame, and Mat Chaplin.

Alexander Dreymon said: ‘Season five was always gonna be the last season. Because the story was tied up at the end of season five. However, for a good while now we have been in talks with Netflix about maybe adding a little extension because it felt like it couldn’t be quite yet the end.

We’ve seen such a big appetite from the fans, that we have decided with Netflix to do a special which is going to be the movie version of the show.’

This statement makes me think that season five concludes sometime between the end of book 10 and the first part of book 11. The film’s title might be based on the prophecy that Uhtred received, but I don’t want to give away spoilers.

Dreymon added: ‘It’s been such a privilege to tell Uhtred’s story for five seasons. I’m so grateful to our fans. They have been immensely loyal to their support, The Last Kingdom team is getting together for another round. It’s going to be an epic end to a wonderful journey.

The Last Kingdom is a 36 episodes series is based on Bernard Cornwell’s “Saxon Stories” and began in 2015 first as a BBC series. Netflix came on board as co-producer for season two and took full rights (bar several territories) from series three onwards, growing the fan base steadily since.’

Interesting to note, Wales’ Bad Wolf Studios are working on an adaptation of Cornwell’s The Warlord Chronicles under the title of The Winter King, a retelling of the King Arthur legend. Could be very interesting.

Related: The Last Kingdom vs Vikings: Which Is Better?

3 thoughts on “The Last Kingdom Will Continue: Netflix Film In The Works”