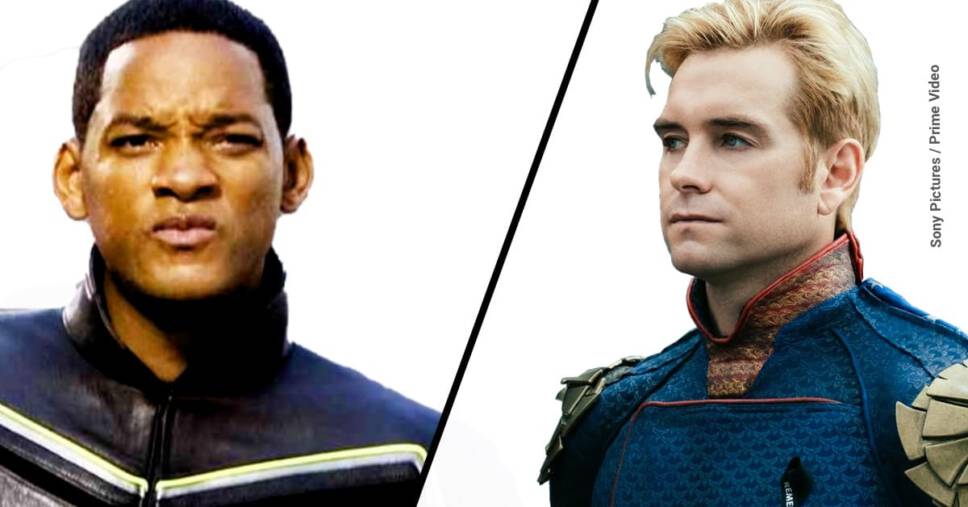 It’s The Epic Battles League, round seven: Homelander from The Boys TV series going up against Hancock, from the 2008 movie. No prep, full powers. They have no knowledge of each other. The battle takes place in an open space, starting 300 km apart. Homelander vs Hancock, who would win?

How Powerful is Hancock?

Fans of the “Big Blue Boy Scout”, as Superman is sometimes referred to, may have a hard time getting used to these new types of flying superheroes our current contenders represent.  Take Hancock for instance – the guy has a serious alcohol-drinking problem, which frequently causes him to make more property damage than he prevents.  Moreover, he refuses to submit to court subpoenas to answer lawsuits. He once even chopped off a bank robber’s hand for calling him the A-word. Not exactly the moral purity expected from someone who’s supposed to serve the public, right?

Hancock is a skilled fighter, with the advantage of several millennia of fighting experience. In addition to his Superhuman Strength and flight ability, he can also control and summon high winds and tornadoes. Isn’t he powerful enough without having weather control abilities?

How Powerful is Homelander?

And Homelander? Despite his crime-fighting activities, the guy is plain evil. He once flung a bank robber into the air and let him fall to his death. But as controversial as their personalities may be, there is unanimity about the godly extent of their powers. Homelander is the leader of the superhero group called The Seven. Not only can he fly, but he also has super strength and super hearing, and he can see through almost anything with his x-ray vision and then destroy it with his laser eyes.

Homelander vs Hancock: Who Would Win? Verdict

If you’re planning to rob a bank better make sure these two hooligans are out of town. This battle is between two of the most brutish and aggressive supes out there and it can go either way. Hancock Wins!

See also: Homelander vs Superman Who Would Win?

Homelander vs Hancock: Who Would Win? VOTE BELOW