Captain Marvel and Wonder Woman! Talk about women power! They are the all-time greatest female superheroes in comics’ history.

Both women are strong and inspiring, but who would win in a fight between them? Over the years, both powerhouses have repeatedly proven themselves equal to any male superhero. This is exactly what we intend to answer in this battle extravaganza!

This is a special battle report from group 1, Western conference of the Epic Battle League, Anime vs Superheroes. For details on how these prospects were selected and seeded, see the master Epic Battles League Tournament post.

We’re not going to go into the whole comic book/MCU/DCEU versions of Captain Marvel and Wonder Woman. We’re going to assume that these characters can achieve similar feats on the big screen as they did in the comics.

Wonder Woman with her sword, shield, and bracelets.

The combatants will be put through five excruciating rounds in the following parameters:

How powerful is Wonder Woman?

She trained since she was young on the island of Themyscira.

She has fought in a multitude of wars, human, godly, and alien.

After leaving for Man’s World, Wonder Woman was gifted with various powers from each of the gods.

Granted with superhuman strength by Demeter, Goddess of the Earth, Diana is as strong as the earth itself. She has the strength to lift 50-ton tanks with ease. In addition, she moved around 1/3 of the earth’s weight. The sword-fighting legend also broke the Cronus Scepter that is durable enough to hold a universal destroying energy force.

Lifted a cosmic consciousness that has the weight potential to grow the size of a universe.

Granted with superhuman speed by Hermes, Wonder Woman is amazingly fast. She was able to beat up the Flash, also due to her enhanced senses. Wonder Woman can react to a hail of gunfire, and her reflexes are said to be greater than Superman’s.

The Justice League member is also extremely durable, as she took hits from the goddess Pele and Ares, the god of war.

Wonder Woman’s vision, hearing, taste, touch, and smell have all been accelerated by the Goddess of the Hunt, Artemis.

Wonder Woman is highly proficient with every weapon ever made.

She wields a magical sword, forged by Hephaestus. This sword splits atoms, allowing for it to wound extremely powerful beings such as Superman.

She is equipped with the Bracelets of Submission that can deflect both projectiles and blunt attacks. They are almost indestructible capable of withstanding such force as Darkseid’s Omega Beams that disintegrates any form of matter at a subatomic level. The bracelets can be clashed together to create powerful kinetic blasts.

How powerful is Captain Marvel?

Major Carol Danvers gained superhuman powers after being caught in the blast of the Light-Speed Engine device that was powered by the Tesseract.

The energy that radiated into Carol, together with her proximity to her alien predecessor Mar-Vell, mutated her on a genetic level, turning her into a Human-Kree Hybrid.

Captain Marvel can absorb and use immense amounts of energy.

The powerful Marvel female superhero can fire powerful concussion blasts of photons from her hands. Using this ability she ripped Iron Man’s armor off with one blow.

She has superhuman strength, but her energy absorption can increase her strength too much higher. The blue superhero Captain Marvel can take many hits, including from bullets. She even went toe to toe with Thanos.

Carol can fly at incredible speed, glide, and float through the air and the vacuum of space.

Empowered by enough energy, Captain Marvel can assume her Binary form, which increases her power to a much higher level and enables her to destroy planets.

So, which one of these top-Level superheroines will win in a fight?

With several parameters in mind for each of them, here are our thoughts on Captain Marvel vs Wonder Woman, and who would win in a fight.

Wonder Woman has beyond base +500 tons strength.

She is one of the strongest fighters in the entire DC Universe, only second to Superman by a small margin. The powerful superhero Wonder Woman is said to be ‘stronger than Hercules’, although both are demigods and descendants of Zeus. She is probably the strongest child of Zeus.

Captain Marvel can also lift many tons, but when her strength is examined thoroughly, it becomes pretty obvious that she cannot achieve amazing feats like towing the sun with a lasso like WW did (the Sun is almost 2.0 X10 raised to the 30th Kilograms. That’s about 330,000 Earth).

So, the first round goes to Wonder Woman.

While in some versions of her Wonder Woman is capable of limited unassisted flight by gliding on currents of air, it is obvious that she doesn’t have the speed or mid-air maneuverability to match Marvel’s abilities in this parameter.

Captain Marvel’s power of flight would surely make her a troublesome adversary for Wonder Woman. Definitely when it’s combined with her other abilities.

Flight allows Captain Marvel to constantly get different angles on her attacks, keeping out of Wonder Woman’s reach while not reducing her own damage levels.

The flying superhero Captain Marvel would be able to fly at Wonder Woman with incredible speed, which would immediately put Wonder Woman on the defensive.

Marvel has this round easy.

Captain Marvel has extensively trained in armed and hand-to-hand combat thanks to her airforce military background. She also has formidable galactic battle experience.

However, Wonder Woman has been trained by Amazonian warriors from birth to be the last line of defense. As a goddess, her longevity is apparent, meaning she had been trained for probably hundreds to thousands of years.

No wonder then that Wonder Woman is stated to be the best melee fighter in the world by batman.

In addition to physical training, Wonder Woman was also taught battle tactics and how to use her mind to bring down her enemies.

She is also exceptionally skilled at using mystic weaponry.

Taking all these into consideration, we can safely say that Wonder woman has better fighting skills.

The largest arrow in Captain Marvel’s quiver is her powerful energy blasts.

These will allow her to do untold damage from an extreme distance.

However, Carol’s photonic blast can be blocked by Wonder Woman’s bracelets.

WW bracelets are nigh-indestructible, can deflect virtually anything. Even Superman’s full-powered heat vision. And her reaction time enables her to deflect things that move faster than light.

So, we declare a tie on this round.

Wonder Woman is the daughter of Zeus, ruler of the Gods of Olympus. That means she is a demigoddess with Olympian DNA and this is the source of her incredible powers.

While Captain Marvel’s partial Kree DNA is what gives her cosmic abilities, Kree DNA isn’t as powerful as Olympian DNA.

Though both have their advantages and disadvantages, Wonder Woman’s lineage implies she bears godlike powers even able to rivaling with Superman himself for some time at least.

It seems Wondy has almost infinite powers and only DC gods can stop her, while Carol whose powers are not natural is kind of punching above her weight class.

So, we declare WW as the winner in this regard.

So, after five rounds the score is 22: 19 in favor of Wonder Woman!

Actually, this battle couldn’t end any other way, because Wonder Woman completely outclasses Carol. Carol is just not written to be a Superman-level character that rarely (or never) loses.

The Only way Carol can better her odds is if she could unleash her full binary power against WW.

In her binary form, Captain Marvel becomes crazy powerful and actually has a far better chance at rivaling Wonder Woman.

But in this fight, she can never turn into that form because Wonder Woman does not do energy attacks for Carol to absorb. And she has to absorb ludicrous high levels of energy to turn Binary (she absorbed Spectrum, the Superhero with cosmic level energy powers and she only managed to stay Binary for a couple of minutes).

But even if Carol starts this fight as Binary. What now?

Well. Wonder Woman can still unleash her full god powers (which are normally restricted by the bracelets she wears) and become far. FAR more powerful than before. The downside? She enters a frenzied berserker state where she will become evil and no longer knows mercy. She only goes to God Mode when she’s willing to kill her opponent.

Either way, our winner is Wonder Woman! 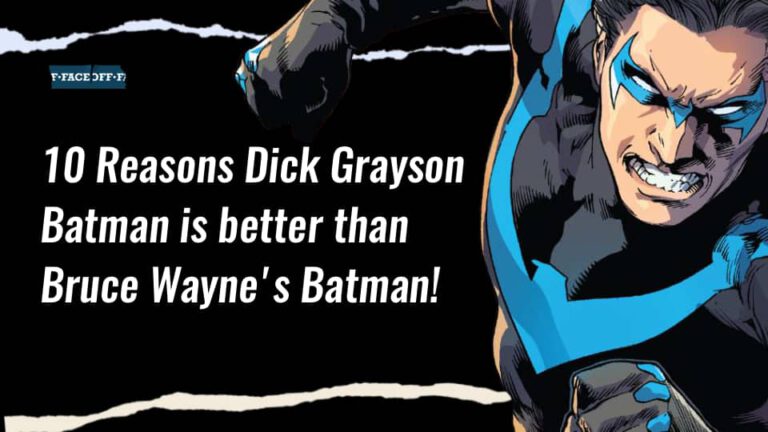 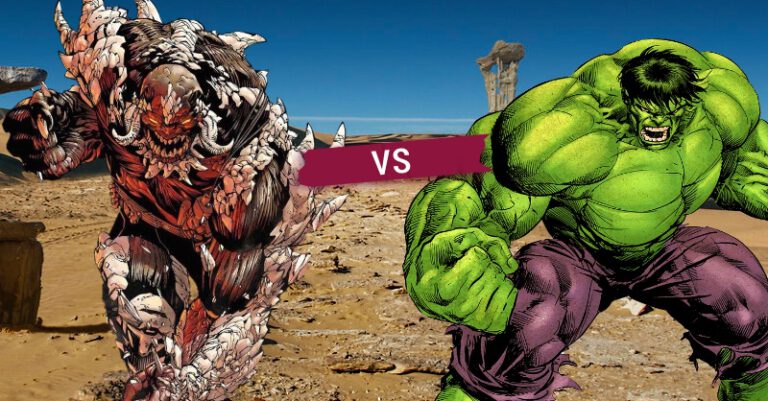 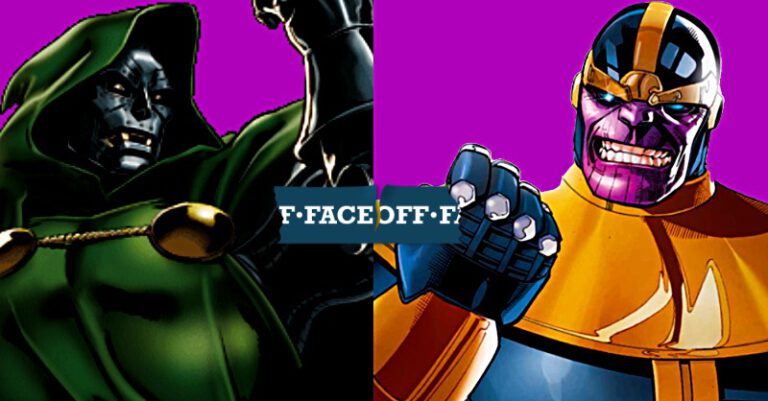 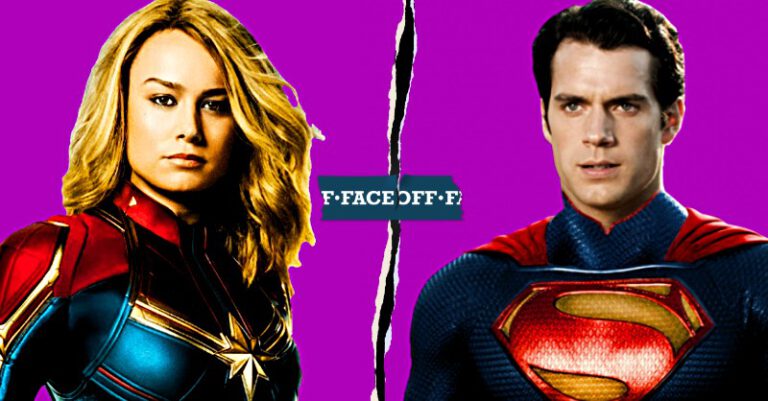 Captain Marvel vs Superman: Who would win in a fight?

Superman vs He-Man: Who is the most powerful man?

Justice League vs Avengers: Who Wins? 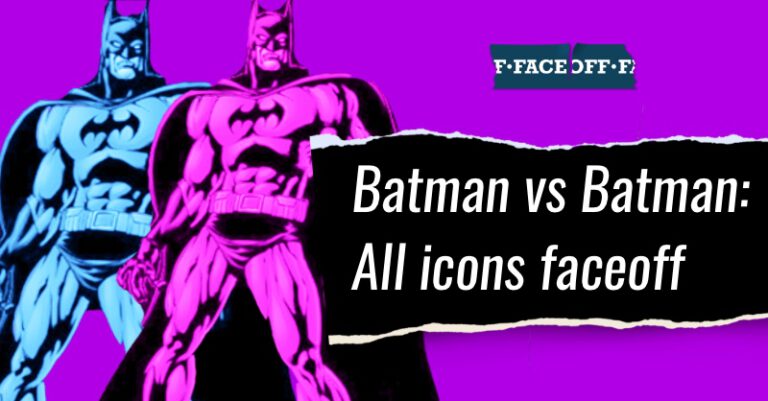 Batman vs Batman: We face off all icons against each other!