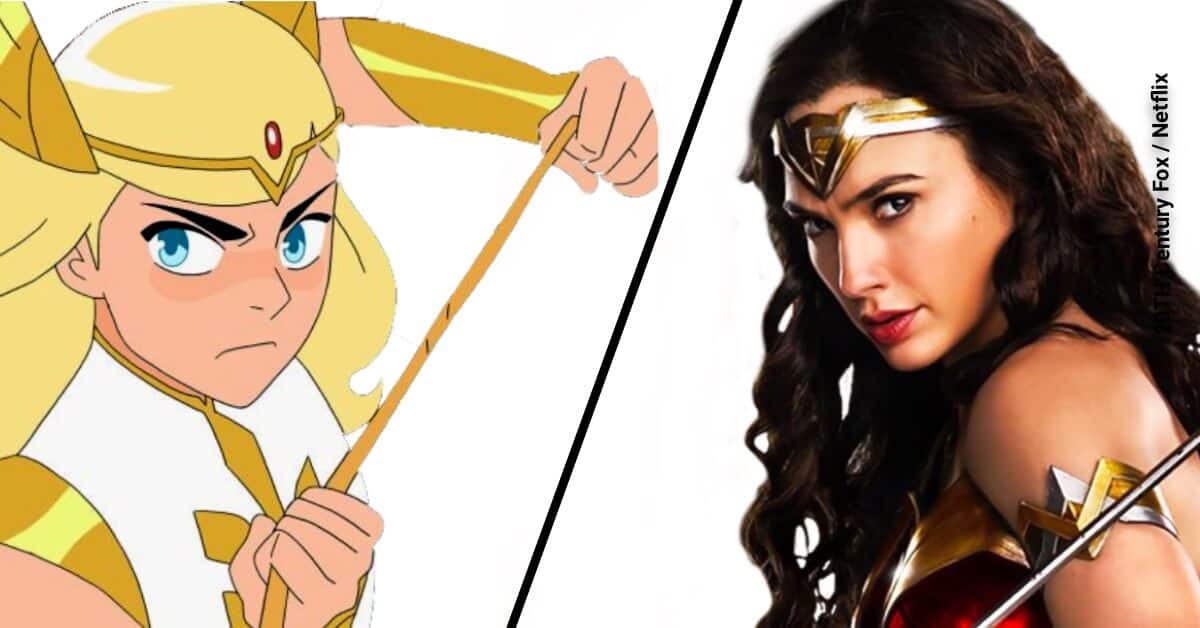 In this epic battle of warrior princesses, it’s Princess Diana of Themyscira vs The Princess of Power, or aka Wonder Woman vs She-Ra! We’ll present scouting reports, and you can vote on the poll below, and comment at the end of this post.

Wielding the magically empowered Sword of Athena, Princess Diana of Themyscira, aka Wonder Woman, is probably one of the most dreaded demigod. However, the guardian of Etheria is no lightweight either – in fact, with the Sword of Protection in hand, the Princess of Power! or, She-Ra is nearly invincible, as Horde Prime and his predecessors learned the hard way.

Both warriors possess incredible superhuman physical abilities, such as inhuman strength, durability, speed, agility, stamina, reflexes, and healing. Both are master combatants and can generate energy blasts – Wonder Woman through her Bracelets of Submission and She-Ra focused through the sword.

These are two female superheroes whom you do not want to see in a dark alley at night—at least not if they’re mad at you.