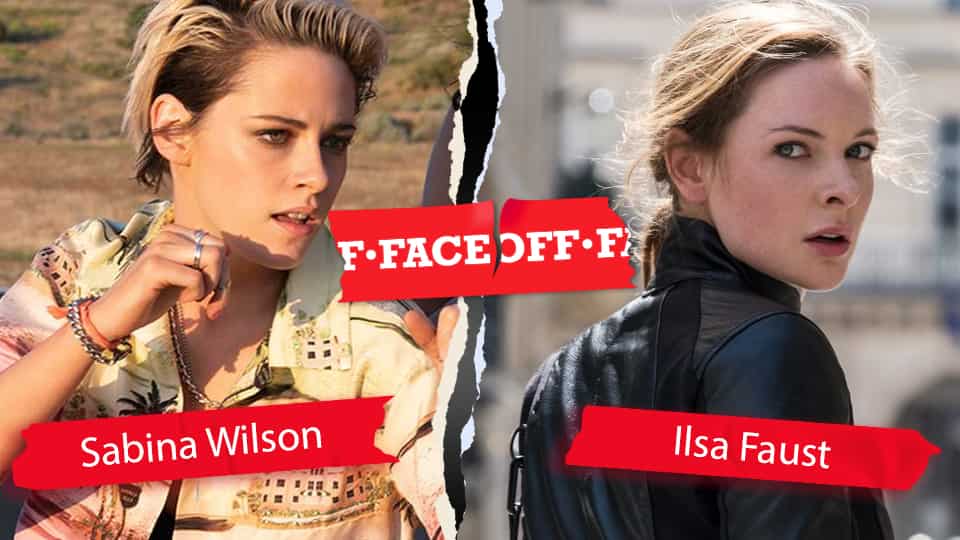 Whether they’re working mothers trying to make ends meet, dancers escaping zombie invasions, these strong women have one thing in common, they are all badass fierce survivors. In this list, we faceoff the most inspiring women in movies and tv shows.

For better or for worse, some teachers leave an imprint on their students that stays with them for a lifetime. While it’s the real-life teachers whose job it is to educate us, we can’t help but think that we’ve learned a thing or two from some memorable on-screen educators over the years. In this list, we face off the most iconic female teachers in movies and tv shows.

Who would you rather have as your homeroom teacher throughout high school?

There’s an opening for a teacher in Toontown’s elementary school. Who do you recommend for the job?

Being a female spy is hard work — it requires peak physical strength, top-notch intelligence, social prowess, and, most difficult of all, the ability to keep a secret. But the hardest thing about it is to manage to make the business look exceedingly glamorous. Here are the top Lady spies who make it all look so easy.

Some of the most wealthy and evil people in the city are attending a masquerade. Which weathered spy do you send to blend in and gather intel?

Female spies occasionally need to use their looks to lure people out of the public eye. Which of the below would you be more susceptible to?

Which female agent is better at hand-to-hand combat?

Carmen Cortez (Spy Kids, movie) vs Audrey Stockman (The Spy Who Dumped Me)

A nuclear scientist has been kidnapped! Who do you send deep into the jungle to locate and rescue him? The brave kid or the female spy legend?

A nuclear scientist has been kidnapped! Who do you send deep into the jungle to locate and rescue him?

Both ladies have worked hard to get to this point. Who would K.O her opponent?

You can’t take your eyes off these boxers — and you’d better not turn your back on them. These devious dames will haunt your dreams, ahead. This is the ultimate face-off of the dark-hearted fiction sirens – femme Fatales who are as captivating as they are cruel.

You just received intel that an assassin has entered the U.S in order to kill the president. Which one of this femme fatale do you send to seduce and eliminate him?

Having an affair with a femme fatale is a first-class ticket to the morgue. Which woman is more deadly to her lovers?

Ice pick or gun, these ladies take no prisoners. Who takes more pleasure from the killings?

The term femme fatale was probably coined to describe this character and the famous female hitwoman. Who stomps in hand-to-hand combat to submission?

Careful, don’t dare fall for these women! Who has higher seductive abilities?

This category is for strong independent female characters who are in the field of journalism (News anchors, reporters, columnists, newspaper editors, news photographers, and Weathermen).

Who is more likely to risk her life for a good story?

You’ve just opened a new strip establishment (it’s fancy like that) and need a headliner to captivate your crowd and keep people coming back. Who do you hire?

You are a club owner with some really rough clientele. Which gun woman do you hire that can hold her own with handsy clients?

Sarah “Rose” O’Reilly (We’re the Millers) vs Dakota Moss (I Know Who Killed Me, movie)

As the principal of an elementary school, you don’t mind if the second-grade teacher is an exotic dancer, it’s just better than the kids don’t know. Which of the below can conceal it better?

You need to blackmail a politician who regularly visits a specific strip club. Which dancer do you choose to seduce him and get him on camera?

Strong omen are not people you want to anger, but sometimes guys try to push their limits. Whose bad side is it more dangerous to be on?

You’ve just opened a brand new and, more importantly, legal brothel. Who is your first hire?

Being a pro in the Old West demanded an especially tough kind of woman. Which of the below is tougher?

If you’re going to be with a pro you need to be safe about it, but some women of the night are more worrisome than others. Who are you more likely to catch something from?

While some on-screen dancer characters are charming, others can be quite surprising to see. Who is more shocking to see as a pro?

The joint in your town is legal but you still want to make sure the workers are being cared for. Who do you think takes better care of her employees?

In this category, we faceoff the top greatest cheerleaders in movies and TV series to ever provide perfectly synchronized moral support.

You need a lead cheerleader for your college cheerleading squad. Someone who can really get the team going. Who do you choose?

Forget Cheerleading, your town has been attacked by hellish monsters from another dimension! Who do you send to contain the situation?

Your high school football team has had the longest losing streak in their history. Who can snap them out of apathy?

It’s the all-star cheerleading competition. Who is more likely to provide better performance?

Sometimes cheerleading is just a springboard to stardom. Which of these girls is more likely to make it big in Hollywood?

Strong Independent Women From Movies And Tv Shows: Witches have captivated and fascinated us for centuries. They come in all shapes, sizes, and styles, from the casters of spells in your childhood fairytales to the modern witches next door of “American Horror Story: Coven”. For this faceoff, we’ve rounded up the most iconic witches in pop culture history, from the Disney icons to Hogwarts heroines

Portals to the underworld have opened and your neighborhood is being overrun with demons! Who do you choose to help protect your home?

Which powerful sorceress wins in a head-to-head fight to the death?

All-out war! There is chaos around you as people are being hacked and sliced to bits. You can choose one powerful witch to have your back. Who do you choose?

In order for their magic to prevail, their will cannot break. Who is the more resilient of these magical girls?

As ruler of your land, you need a powerful aide that will guide and advise you. Who do you choose?