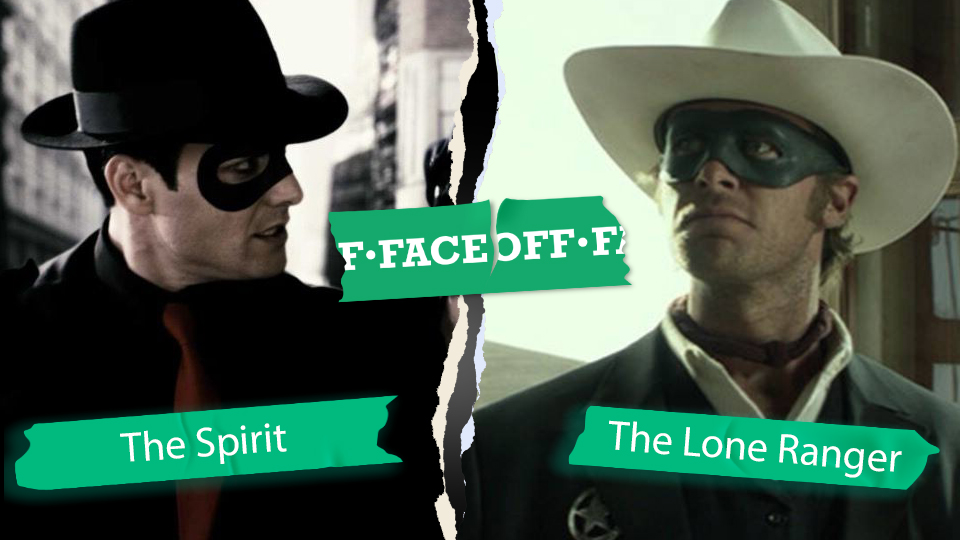 Whether they’ve witnessed too much corruption or have decided the authorities are incapable of handling things correctly, these characters have decided to take matters into their own hands. They wear masks and use made-up names to stay anonymous and strike fear into the hearts of any would-be criminals that dare step out of line. In this poll, we face off the masked vigilantes who rely on technology, gadgets, and martial arts to fight crime.

For this faceoff, we have a high-speed collision between two powerful superheroes – who survives? Batman (Dark Knight trilogy) or Nite Owl (Watchmen)?

The Crimson Bolt vs Kickass

Your vigilante group is almost ready to go hunt some bad guys, you just need some gadgets! Who would you bring onboard to hook you up? Crimson Bolt (Super) or the green superhero Kick-Ass (Kick-Ass, movie)?

The Lone Ranger vs The Spirit

For the last opening on your vigilante crew, you need someone with a good shot. Which of the below would you bring onboard? The Lone Ranger (The Lone Ranger, movie) or The Spirit (The Spirit, movie)?

The police in your city can’t deal with the growing amount of gang violence. Which masked vigilante would you bring in to give them an extra hand? Hooded Justice (Watchmen, TV series) or Arrow (Arrow, TV series)?

The Green Hornet vs Katana

Want to put on a mask and fight crime? You should take a few lessons from the best in the biz. Which masked vigilante would you choose to learn from? The Green Hornet, or Katana (Suicide Squad)?