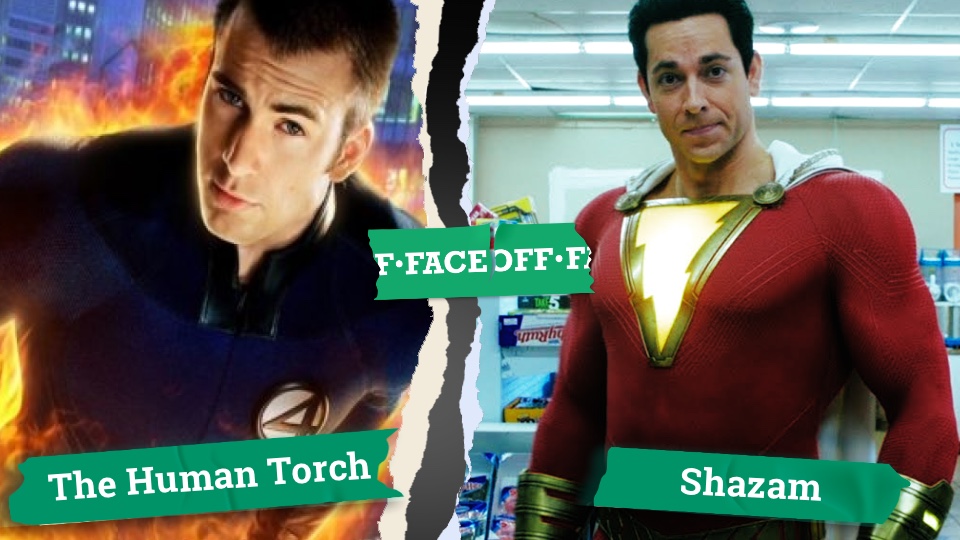 Flying is quintessential for powerful superheroes. It lets superheroes swoop in to save the day and travel to fantastic places at speeds we can hardly fathom. Is it a bird? A plane? No, it’s a faceoff poll with the superheroes who just wouldn’t be the same without the ability to fly.

Shazam vs The Human Torch

Air force one is going down! Someone needs to save the plane, the passengers, or better yet–both! Who would you choose? Shazam (Shazam!)or The Human Torch (Fantastic Four, Movie)?

The bank down the road is being robbed and police are nowhere near! Who would you call to save the day? Storm (X-men movies) or Angel (Buffy The Vampire Slayer)

Alien invasion! Hostile aliens are dominating the skies with highly advanced ships. Which flying superhero would you send to claim them back? the blue superhero Supergirl (Supergirl, TV Series) or Captain Marvel (Captain Marvel)?

You’ve been thrown off a building! Which one of these soaring superheroes would you call to save you? Homelander (The Boys) or John Hancock (Hancock, movie)?

The skies have become off-limits! These superheroes will need to fight crime from the ground. Which of the below powerful superheroes would never be the same without the ability to fly? the flying superhero Superman vs Martian Manhunter, who wouldn’t be the same?