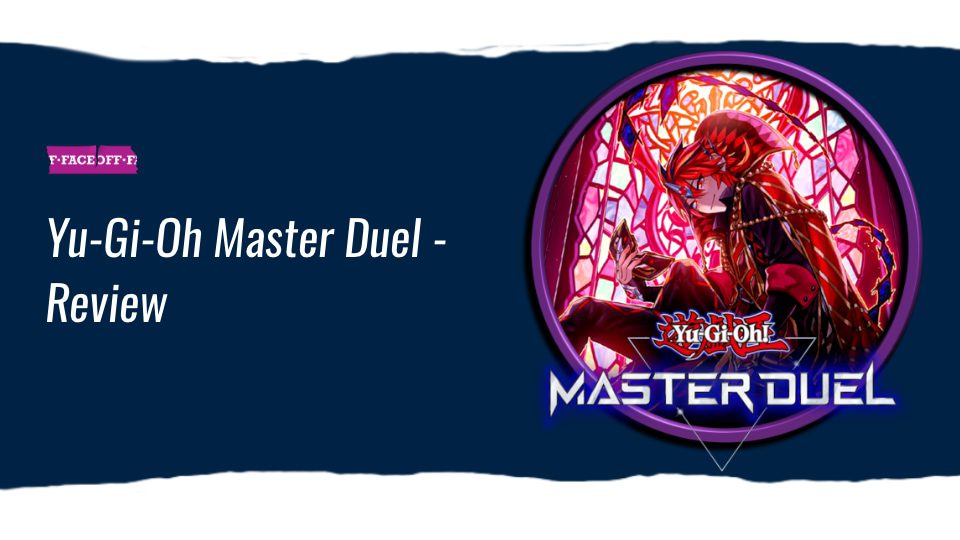 One of the great things about Yu-Gi-Oh Master Duel is its availability across various platforms. It’s free and can be played on PlayStation 4 and 5, computer, Switch, and Xbox consoles. Although not yet available for mobile phones, it is expected to be released soon. It also allows players with different consoles to play together – I’m a PS4 player but I’m able to connect with people who play it on the computer. Finding games online is super fast too – within 5 seconds tops!

Before the game begins, Yu-Gi-Oh Duel Master inquires if you have watched the anime or read the manga. Additionally, they will ask how long you have played the game in addition to inquiring if you are aware of Yu-Gi-Oh Duel Links Duel Links. It is recommended that players answer the survey to get Gems for cards. After testing this out both on PS4 and Switch with various answers given each time, it still holds true!

Following this, Yu-Gi-Oh Master Duel will put you through the solo mode tutorial. Although it can be seen as a teaching aid, more experienced players won’t respect it and simply use it to get Gems without effort. While those new to the game may pick up something from it, they’ll soon go online to Ranked battles and question what they’ve learned. Even early on in Ranked, people have used complex Link mechanics in their decks which puts new players at an immediate disadvantage due to their lack of experience.

Though the solo mode does provide an opportunity to try out different decks for free, the explanations given are often insufficient, only giving minimal detail about how each card and its effect should be used. It’s almost like expecting someone to perform complicated maneuvers while swimming in a stormy sea with an earthquake adding further danger!

Those looking to master the combos of their decks will benefit greatly. In its early stages, it’s similar to training modes available in certain beat games – you can choose which player will start when you play it again. Although this may seem like a minor detail, it makes all the difference; many decks are built around their first turn. I take my “Harpy Lady” deck as an example – starting first is much more beneficial due to the effects of their synchro monsters.

Conversely, in my Red Archfiend Dragon deck, playing second is best since they rely heavily on destroying enemy monsters and attacking with maximum damage. Solo mode offers an easy way to practice your combos and, conveniently, allows you to save battles once they’re finished as well as watch them multiple times whenever you need to review mistakes or rewatch awesome cool matches simply for fun!

Apart from the solo mode, the only other option is online. Currently, you can play against friends and randomly-chosen opponents in a ranked match. The Avent Mode is yet to be released and its full content is unknown. I’ve tried both PS4 and Switch versions and they work well; as expected, performance on the Switch is slightly lower due to its weaker capabilities, however, it’s a minor difference. Despite my own poor internet connection (the modem being six or seven meters away from the Switch – Band 4 – and situated in another room), most of the battles didn’t disconnect and ended in an automatic defeat. There were some occasions when this did happen though – which wasn’t at all down to the game itself, so no fault should be attributed.

Graphically speaking, Yu-Gi-Oh Master Duel looks good; iconic monsters such as Stardust Dragon and Dark Magician have their own animations (although not as detailed as seen in Duel Links for smartphones); notable spells such as Dark Hole are also animated nicely when activated, adding extra appeal to the game. As an extra touch of fun, each player has an avatar in monster form – e.g. Sangan, Rescue Rabbit, or Football (for some unclear reason!). These avatars can

Unlike Duel Links on the phone, Master Duel follows the most up-to-date ruleset

Consequently, the later rules implemented after the conclusion of Yu-Gi-Oh Duel Links Vrains anime are in effect, thus making link summoning and its related abilities invalid. This benefits me particularly since I’ve achieved significant victories with the ability to summon multiple monsters and synchros. Furthermore, each player has a time limit per turn of 480 seconds – which is actually quite long Eight minutes is more than enough time to perform all the complicated moves in a modern email. But this is where once again Yu-Gi-Oh Master Duel shows that he is really not interested in accessibility to a new audience.

As expected from modern Yu-Gi-Oh Duel Links battles, players will watch for long minutes as their opponent does an orgy of links with Synchro and then from there too crazy axes with a million and one effects that will block the opponent on the next turn, and somehow after all this, he still has more cards than he had at the beginning of the turn?! Modern Yu-Gi-Oh Duel Links for you. Of course, if Konami wants to make the game accessible to a more casual audience, all they have to do is one simple thing; Add a mod that cuts the time limit for each turn. Probably for two minutes at most.

And how are the cards themselves in the game?

Yu-Gi-Oh Master Duel came out with an astronomical amount of cards from his first day in the game; Over ten thousand cards. This is already something that makes the game even more confusing for new players. On the other hand, for seasoned players, it’s a crazy celebration. They will be able to build most of the decks they want having experience with the physical card game with them. I have so far managed to build three decks that I am happy with; Sync combined with Stardust, Harpy Lady, and Resonator Red Dragon Archfiend, and my Dark Magic deck under construction. I was able to build all of these without using any real money. Of course, it’s too early to say that Yu-Gi-Oh Master Duel is really generous in this aspect, but the fact is that compared to other Gatcha games I’ve played, such as Genshin Impact which is not generous at all, and in another game similar to Master Duel, Yu-Gi-Oh Duel Links Duel Links, Master Duel is much more generous.

In Yu-Gi-Oh Duel Links Duel Links it took me months to build decks that I’m somehow okay with as getting rare cards was a nightmare. In Yu-Gi-Oh Master Duel, on the other hand, I was able to pull out a few rolls of notable good cards such as Stardust Dragon, Harpie Feather Duster (and practically the whole deck of them), and other notable others. Yu-Gi-Oh Master Duel will also give you other prominent cards quite easily.

For example, for completing the first steps of the solo mode you will get Raigeki, Reinforcement of The Army which is an amazing card for any deck that uses warrior monsters. You will get Ash Blossom and Solemn Judgment only by buying them for 750 gems which will give you ten packs in addition (for comparison, ten packs in another form cost a thousand gems). But I still have a small problem with getting the packs, which is a problem that Konami built on purpose. To get certain packs you will have to unlock them by getting the Super Rare and Ultra Rare cards that are in the pack.

The problem here is that the key to them is only kept for 24 hours. This of course encourages people to say to themselves “yes, giving up my pension is a good idea”, to mortgage the house, and the next day to receive a confusing phone call from the bank. That along with all the glitter that explodes when you draw a rare card. Even so, Yu-Gi-Oh Master Duel still put in another good system for getting specific cards; You will be able to buy them separately, and not even with real money, in a way at least. You can search for any card in the game, even one you don’t have, and buy it. All you have to do is sacrifice 30 points of his rarity form. You will get some of the points by playing online, but you can also sacrifice cards of the same rarity form for 10 points. That is, you are basically sacrificing three cards to get one card, which is extremely fair.

So far I’m really enjoying Yu-Gi-Oh Master Dual. But I am equally sure that in the future, probably in the very near future, it will become another predatory gotcha game. And yet, compared to Yu-Gi-Oh Duel Links? The differences are heaven and earth. Yu-Gi-Oh Duel Links was a good game overall, but mostly due to the fact that we didn’t have any other Yu-Gi-Oh Duel Links game as accessible as it. Master Duel already does a good job of it. And yes, also the fact that I can play it on the big screen without killing my phone’s battery to death…