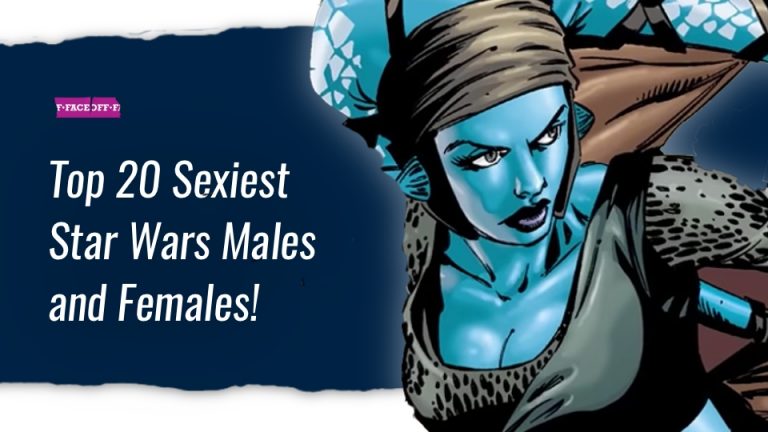 Star Wars had its share of sexy Jedi men and women since day one, and since then it became a standard for the franchise. From a slave princess in a golden bikini to a shirtless high-ranking member of the First Order, on this list, I rank the 20 sexy Jedi, male and female, from least to sexiest characters.

Starting this list of sexy Jedi is Captain Juno Eclipse, an Imperial pilot assigned with piloting the transport ship of Galen Marek, Darth Vader’s secret apprentice. However, Marek was betrayed by his master, while Eclipse was stripped of her rank and arrested due to her connection with Marek. The two formed a Rebel Alliance, during which they fell in love. The beautiful, blue-eyed blonde Juno quickly became a fan favorite in the early 2000s when she appeared in the hit video game, Star Wars: The Force Unleashed. Personally, I’m a sucker for her British-style accent.

Wow, just look at this sexy Jedi! Mara Jade, once an Emperor Palpatine’s Hand, then a member of Luke’s New Jedi Order is a total eye candy. She eventually earned the title of Jedi Master and a seat on the Jedi High Council. She also married Luke Skywalker in Legends. Mara Jade was always very beautiful to me, even if she hasn’t been depicted in live-action yet. Or maybe I just like redheads with emerald-green eyes.

The first male character here, Lando certainly belongs on this list of sexy Star Wars characters. He is the total package! Movie-star good looks? Check. A rich entrepreneur who owns his own mining enterprise? Yep. A charm that will make you go home with him? Definitely. He can even pull off wearing a cape! Lando did sell his friends to Darth Vader, which is a big no-no, but eventually, he came to his senses and saved them and even blew up the second Death Star.

The creator of the Death Star, Galen Erso, had a daughter who would go on to lead a rebellion that would change history forever in the Star Wars universe. Jyn Erso. The star of Rogue One 2016 film is a true sexy Jedi goddess who quickly became a fan favorite. Jyn is beautiful, has a clear sense of right and wrong, and has great fighting skills. Portrayed by English actress Felicity Jones, Jyn displays an aggressive and cold demeanor, but is also kind and selfless, which I like.

Another sexy female Jedi, Bastila Shan is one of the most underrated heroes of the SWU. This beautiful woman not only led the strike team that captured the Sith Lord Revan but soon after also saved the galaxy once more from Revan’s former pupil, Darth Malak. I mean, Bastila practically changed the course of the SW history, and still, I seldom hear her name when discussing the Jedi Order hall of fame. Bastilla is attractive, strong, fierce, intelligent, and proud. Pretty much everything I want in a woman.

Well, Poe is an X-wing pilot and has perfect hair, so naturally, he has a place in my sexy Jedi characters list. After The Force Awakens, everyone fell in love with Poe for good reasons: He proved himself as a good friend, and a heroic soldier and kept cracking jokes even when faced with the harshest situations. And when he gets into the cockpit, this guy does unbelievable stuff, be it an X-wing or a TIE fighter. In fact, I believe fans want to see a lot more of him in future installments.

Ok, I know what you’re saying, but hear me out! Asajj Ventress has the ultimate combination for attractiveness in my book: A tight jaw, high cheekbones, pale skin, shaved head, what appears to be tattooed, and a temper that would make even the Devil cry. The contempt she displays for the majority of people is intoxicating. I know, it’s weird to say and to think but, there’s just something about that sort of evil woman that I’m immediately drawn to. She could literally kill me with her mind, and I’m perfectly okay with that. Also, did you see her wield those two lightsabers in The Clone Wars? Wow.

Let’s get one thing clear – I don’t find Ben Solo that sexy! Surely, you expect more from the son of Han Solo and Leia Organa, who is – spoiler! – Both are on this list. However, when he took his mask off the first time, you could tell Rey was a little shocked by his looks. And when he took his shirt off he took the entire internet by storm. So, in the end, I think Kylo Ren deserves a spot on this sexy Star Wars list, even though not in the top 10.

Just look at this 1.83 meters tall, tan-colored, scarred dude. That’s what a real man looks like! Well, you could Captain Howzer had a leg up, genetically speaking, as a clone of bounty hunter Jango Fett who was a good-looking man. Unlike other clones, who blindly follow their orders, Captain Howzer reserved his individuality and was willing to do what he felt was right. Also, he remained loyal to his fellow clone brothers even though he knew he would be detained for treason. Nowm that’s sexy.

The hot Aayla Secura is a Twi’lek from the planet of Ryloth. Hence, the blue skin and head tentacles. Although Aayla only briefly appeared in Attack of the Clones and Revenge of the Sith, the sexy Jedi managed to capture the hearts of male geeks around the world. When she appeared in the Clone Wars TV series, she was given a French accent which made her EVEN SEXIER!

Well, Hayden Christensen is a very good-looking guy and that’s a fact. In Revenge of the Sith, he was at his sexiest – and NO, I don’t refer to the part where he burns in Mustafar, you sick bastards – with that long golden hair and tortured soul. Besides, he displays some crazy fighting skills throughout that movie that add him points. I believe that if Hayden was better at expressing emotions, Anakin would have made it to the top ten on this sexy Star Wars list.

Another sexy female Jedi is Rey of planet Jakku. An isolated desert junk scavenger, who realizes she has the power of the Force at her control when events lead her to discover her destiny. With her beautiful face and tip-top body condition, Rey is my kind of girl in the looks department! Also, she’s a survivor, truly optimistic, and tries to believe in the good in everyone. Plus, she’s a Jedi and we’re talking about Daisy Ridley, who is an insanely sexy Jedi.

One of the sexiest female Jedi characters is unquestionably Jabba the Hutt’s private dancer “Oola.” First appearing in Return of the Jedi, Oola is a Twi’lek who left her home world Ryloth to peruse her dancing career on planet Tatooine. However, she was later forced to enter slavery under Jabba the Hutt. Unfortunately, Oola didn’t share more time with us after suffering the wrath of her evil master. Such a tragic waste!

You got to hand it to Ewan McGregor for the rugged good looks he brought to the role of Obi-Wan. In all his previous roles he had this baby face and no one knew he had it in him to become this sexy Jedi mentor. He was positively the sexiest Jedi character in the prequel trilogy!

The third female Twi’lek on this list, Darth Talon is a Sith Lady and, one hell of a looker. This sexy red chick Jedi has been making hearts beat since her first appearance in the Star Wars: Legacy comic book series, and amasses admirers from across the galaxy every day. It seems that brightly colored, scantily dressed, Twi’lek females are pretty popular, and this stunning Sith Lady just adds to that appeal.

I have a thing for Natalie Portman, so Padme ranks top 5 sexy Jedi in Star Wars. Padme of course is a true galactic beauty but also a straight-up badass when needed to be. A former Queen and wife to the galaxy’s most infamous villain, Padme stunned movie-goers with her elaborate, regal attire and wasn’t afraid to get dirty in brutal skirmishes. Unfortunately, she eventually died of a broken heart, but not before giving birth to the no.1 twins in all of fiction!

Being among the sexy female Jedi Order’s foremost lightsaber duelists, Shaak Ti was extremely deadly with a lightsaber. Her control of the Force and telekinesis even allowed her to use a lightsaber without having a vision of it. As such, she participated in many battles throughout the Clone Wars but was eventually killed by Darth Vader during his assault on the Jedi Temple. In the popular video game, The Force Unleashed, we first got the chance how truly sexy Ti is, as she donned a revealing outfit that showcased her beauty.

I love Han as a character. He does not believe in the Force, and nor does he care about the morals of the world. He just lives for himself! Han has the freedom and that’s cool in my opinion. Combine that we the fact that he can make anything he wears – even a parka – look sexy, and you got one hell of a sexy Jedi icon. Also, he is a great pilot and a fighter which just adds to his overall sexiness. Even in The Force Awakens, where he was much older, he looked good and seemingly kept his fighting and piloting skills.

One of my favorite sexy Star Wars female Jedi characters, and probably many others vote as well, is former Jedi, Ahsoka Tano. Rising from the rank of humble Jedi padawan, and becoming one of the galaxy’s most celebrated heroines, Ahsoka has embedded herself firmly into our minds. She has a petite figure and a much-defined jawline, full dark lips, and bright blue eyes. However, she is not just beautiful! She is a strong Jedi, calm, and confident character and I think all that qualifies as “sexy” is much more than a base, Barbie-esque form. In other words, she’s certainly got my vote for the top 3 sexy Jedi characters!

Can somebody beat Carrie Fisher in Return of the Jedi? I think not. At the beginning of the film series, we were all introduced to Princess Leia of Alderaan. She stole our hearts and made our minds spin. From Yavin to Endor, her cute smile and no-nonsense attitude enchanted an entire generation. But nowhere was she as sexy as in her Tatooine Desert Slave Outfit, where she wore a golden bikini and was chained to a giant slug. I know that particular scene stinks from sexual objectification, but throughout the story, Leia was portrayed not only as a sexy Jedi but also as a clever and smart politician, which is hot in my opinion. Hence, Leia is my number one pick for this list of sexy Jedi in Star Wars. 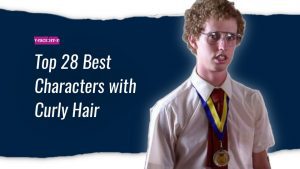 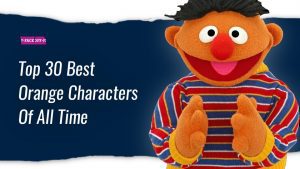 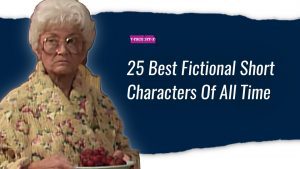