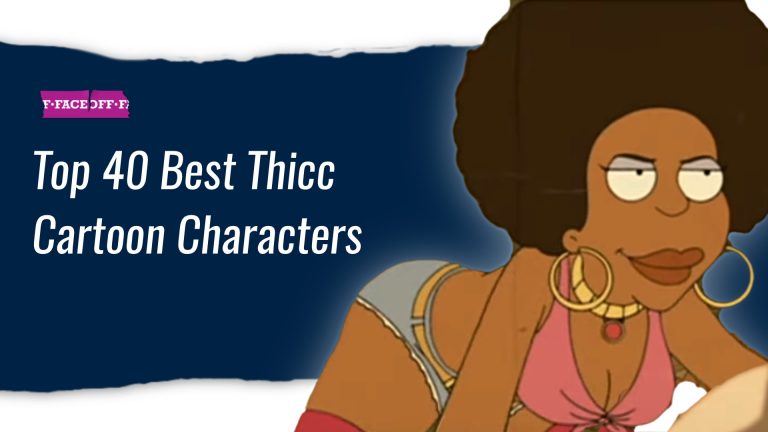 Thicc cartoon characters come in all shapes and sizes, they are hot and voluptuous in all the “right” places. These days, when someone says “thicc” it is usually a compliment. In this list, I’ll be sharing with you the top 40 THICC Cartoon Characters that deserve their own official seal of approval!

Psylocke is the code-name of two characters in Marvel Comics: Elizabeth Braddock and Kwannon. In the X-men cartoon, she is a mutant with psychic powers. She has a fascinating backstory and on top of that, she is a thicc goddess.

Amy worked hard for her Ph.D., she was an intern for the Professor for 12 years while she completed her doctorate. She is a rich girl, her family is rich so they may have spent money to make sure she has excellent genes and a beautiful thicc body.

Maddie, Jack Fenton, and Vlad Masters created a portal device designed to open a gateway into the ghost dimension. She is a beautiful woman with a thicc figure.

37. Alice Mitchell from Dennis the Menace

Alice is a stay-at-home mom, like most cartoon mothers of the 80s, she’s drawn with thiccness. She is a kind loving mother to Dennis the menace.

Doreen Green was born with a tail and looks like a thicc squirrel with brown hair. She has the relative agility and strength of a squirrel (eat it, Spider-Man!) and is able to communicate and operate a private squirrel army.

The G.I. Joe team’s covert operations specialist and an expert in disguise. She was originally created as a character for the G.I. Joe cartoon series. She is skilled in cryptological linguistics, signals intelligence, and electronic interception analysis.

Punching Judi is K.O.’s babysitter, she comes from a family of boxers. She always punches first and never asks questions. She has a lot of natural lower-body strength and that’s why she has wide hips.

Mayor Tilton’s crazed thicc ex-lover. Cookie is so obsessed that she threatens to blow herself up along with him because if she can’t have him, no one can. She appeared in the cartoon’s most outrageous episode.

Scratchansniff’s thick medical assistant is Yakko and Wakko’s dream girl. Her characterization of the blonde girl has a twist, she won a Tony, Nobel Prize, and Pulitzer, and obtained several Ph.Ds.

Angelica’s mother, Tommy and Dil’s aunt, married Drew. She is a busy businesswoman and is frequently seen talking on a cell phone to an invisible assistant.

Stan’s wife and Hayley and Steve’s mom, and a dedicated housewife. Francine is a stereotypical housewife cartoon character, however, she has martial arts skills thanks to her Asian heritage.

29. Luanne Platter from King of the Hill

Luanne is a “proud ignorant woman”, at least she was honest about herself. Now Luanne is the baseline for the majority of cartoon characters under 35.

Anastasia Hardy is a rich businesswoman and the CEO of the Hardy Foundation. She is also the wife of John Hardesky (The Cat) and the mother of Felicia Hardy (The Black Cat).

Joe’s wife was once a happily married woman, but become emotionally distant and bitter.

A blonde blue demon with large breasts which are high up on her chest and nearly reach her waist. Her bottom is as big as well, giving her a thick figure.

25. Princess Aura from The New Adventures of Flash Gordon

Aura’s character is the femme fatale. She is sexy and she knows it, Aura is pretty upfront with Flash, especially when she gets him alone in the rocket ship.

A badass, snob stereotype cartoon character obsessed with her physical appearance and other material things. She is super, dummy, turbo thicc.

MJ is a strong independent woman who is commonly seen dating Peter Parker, Harry Osborn, and Morris Bench. In her 1994 version of the Spider-Man cartoon series, she is thicc!

The tall thicc mayor’s personal assistant, the martial artist has long, bushy red hair, but her face has not been shown.

21. Princess Mandie from The Fairly OddParents

Mark’s fiancee, she’s determined to marry the Yugopotamian prince, whether he wants it or not. Despite her rather beautiful thick appearance, she has an extremely aggressive nature.

20. Netossa from She-Ra and the Princesses of Power

Netossa is one of the most powerful princesses. She can shoot fishing nets that can deflect even Adora and Micah’s powers, she’s sensible and fights plus is thicc and very attractive woman.

The purple-haired captain of the Planet Express Ship is intelligent, strong, level-headed, a mutant, and a woman.

A neat girl with a thicc booty, Kimmy is the captain of the Sherman High cheerleader squad.

17. Mermista from She-Ra and the Princesses of Power

A “cool girl”water magic princess who can come off as blunt and is unimpressed by everyone. Mermista is a black female with a thicc, rounder body type, black-painted nails, brown eyes, and dark eyebrows.

Mystery Incorporated Velma really had some funny moments in the Scooby-Doo cartoon. Velma is theoretically a cute character, she has a slightly wider waist, but this may be exaggerated due to her sweater, which makes her look somewhat heavyset.

15. Foxxy Love from Drawn Together

The next cartoon character is an alien from a different dimension, her race is made up entirely of females. When she came to Earth, she decided that Hispanics were the closest to her in skin color and calls herself Latina. She looks as strong and thicc as she should!

13. Cousin Mel from Grandma Got Run Over by a Reindeer

A selfish and greedy character, Cousin Mel can be evil and manipulative when she puts her mind to something.

It is nice to have an adult in the room that’s not just Splinter. 1987 April O’Neil is so thicc! She is a nice counterbalance to him for the turtles and her plots tend to be slightly more mature.

Cheetara has super strength, she is like a speed demon, outpacing and overwhelming her opponents. She was really cool, sexy, and thicc-y. She had an enchanted bo staff made from an ancient tree that allowed her to perform all kinds of epic attacks.

The chaos goddess. Eris can transform into any shape to generate chaos.

10. Diana of Themyscira from Justice League: The New Frontier Cartoon

The princess of the Amazons is the thicc version of the DC female superheroine known as Wonder Woman.

She is a living legend on the Island, Leshawna is not big, she’s THICC. She is loud and proud, Leshawna doesn’t take any nonsense from others, let’s be real, we all need a Leshawna in our lives.

El Superbeasto’s adoptive sister is a female cartoon warrior, she is skilled in killing monsters, armed with thicc waist and powerful legs.

An artsy goth loner character, If not for her anti-social attitude and awkwardness, Gwen would be an Ideal Hero.

One of the hottest characters in all cartoons because she’s one of the rare ‘normal’ people that recognizes the absurdity of the heightened world around her while still being capable and charming. And she’s super-thicc thighs. Of course, everyone is attracted to her.

5. Maria Hill is from The Avengers: Earth’s Mightiest Heroes Cartoon

A gorgeous agent of S.H.I.E.L.D and deputy director. Following Fury’s disappearance, she took over as the acting director.

3. Dee Dee Sykes from Captain Caveman and the Teen Angels

The unofficial leader and brains of the Teen Angels. Dee Dee is a young, attractive thicc female with a black afro. She wears a red turtle neck, a blue skirt, and red boots.

Yeah, no kid nowadays can take the thiccness of Lindsay. She is a smart and beautiful character, but her naivety often gets her in trouble. She is badass and adorable at the same time.

1. Donna Tubbs from The Cleveland Show

The Cleveland Show’s Donna is a thicc champion. She is the hottest cartoon mom in the family guy universe, boi! 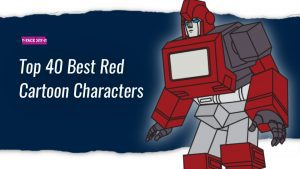 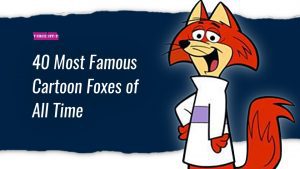 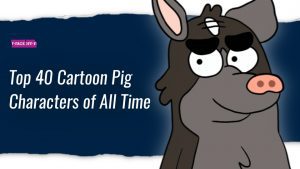