The Best 12 Fantasy Medieval Warriors in Movies and TV Shows

The Medieval era is a never-ending blood-fest. Lord knows that didn’t stop many European rulers from waging war on a regular basis. Still, medieval TV series and movies like Braveheart and The Last Kingdom, continue to fascinate millions of people. From noble Knights loyal to God to Barbarians who have no problem torching villages and playing polo with severed heads. In this list, we face off the greatest 12 Medieval warriors in movies and TV shows. So get ready for the sounds of swords bashing against armor, cause this tournament is about to begin!

At number twelve we have William Thatcher from “A Knight’s Tale,” one of the best knights movies. He was born a peasant in Cheapside, London, in medieval England. At age 9 years old, William was sent away to become a servant to a knight, Sir Ector. He is knighted ‘Sir’ by Edward the Black Prince after he knocks Count Adhemar of Anjou with a crushing blow. Thanks to his fighting skills, and bravery he eventually wins the world championship tournament.

At age ten Madmartigan was already able to save his friends from bloodthirsty barbarians by slaying some of them. The famed swordsman Roniro noticed his raw talent and took the boy as an apprentice. He taught him the lost art of Sushin sword fighting. He died shortly after Madmartigan reached knighthood. Although later Madmartigan unfairly loses all honor along with the armor and stature of knighthood, he continued to bravely fight against the evil sorceress Queen Bavmorda of Nockmaar.

Éowyn is a brave shieldmaiden of the kingdom of Rohan and niece of King Théoden. When King Théoden was urgently called to aid Gondor against Mordor, Éowyn begged to be allowed to ride to battle. However, she was refused. In bitterness, she disguised herself as a man and fought in Théoden’s escort. When he and his company were attacked by the Witch-king of Angmar, she challenged the Witch-King. “You fool, no man can kill me”, He boosted. In answer, she removed her helmet, exposing her long blond hair. She declared: “I am no man!” and stabbed her sword through the Witch-king’s head. When he died, the prophecy was fulfilled. A thousand years earlier that “not by the hand of man” would the Witch-king fall.

The Witch-king of Angmar is the leader of the Nazgûl and the dark lords’ Sauron second-in-command during the Second and Third Ages. Once a king of Men, he was corrupted by one of the nine Rings of Power that had been given to the lords of men, becoming a wraith in the service of Sauron. The greatest servant to the Dark Lord for over four thousand years, the Witch-king is a king, a mighty warrior, and an undying sorcerer of incomparable fear and dread.

As a Nazgûl, the Witch-king has a wide arsenal of powers. He is surrounded by an aura of fear, enough to make trained soldiers run in terror. Besides the common Black Breath that incapacitates any foe that comes in contact with a Nazgûl, any weapon that struck the Nazgûl-lord would be destroyed, and its bearer would be poisoned.

The Witch-king is also a feared sorcerer, having powers over the physical world, breaking Frodo’s sword with just a move of his hand and weakening the Gates of Minas Tirith allowing the battering ram Grond to break them. He can also light objects with sorcerous fire. His usual weapon is the Morgul knife, but he also uses a great mace.

Azog the Defiler is an Orc Chieftain who commanded the Orcs tribes of Moria. He swore allegiance to the dark lord Sauron. He had leg legions of Orcs at the Battle of Azanulbizar and killed the Dwarf king Thrór, but lost his left forearm to the king’s grandson Thorin. Since then, a wicked-looking metal claw replaced his severed forearm; the aft end of the prosthetic ends in a spike protruding near his elbow, heavily suggesting that the limb was crudely implanted by driving the spike through Azog’s arm stump.

Azog is an incredibly proficient warrior, with a brutal fighting style that includes keeping his distance from his opponent and using psychological warfare to anger his enemy. He possesses superhuman strength, speed, and durability, able to overpower and demolish whole groups of opponents at a time. His weapon of choice is the mace.

Durotan is the chieftain of the Frostwolf Orc Clan. He is an expert warrior who took part in many battles for his clan and for The Horde – an alliance comprised mainly of orcs, but also including forest trolls, ogres, goblins, and undead death knights. Durotan’s favored weapon for the battle is Sever – a mighty ax with a jagged steel blade that enables Durotan to assault his foes with the ferocity of a wolf bite.

Durotan proved his honor, strength, and fighting skills when he challenged the evil warlock Gul’dan to a duel to the death and managed to hold his ground despite the dishonorable tactics used by his rival, such as draining Durotan’s life force while in combat.

Merida is a Scottish princess from the kingdom of DunBroch. Since the age of 6, she is one of the best archers ever seen. Although the bow is her primary weapon of choice, she is also skilled in sword fighting. At the Highland Games, she demonstrates her archery skills. Merida struck the bull’s eyes of two targets while waking and shooting an arrow through the full length of another competitor’s arrow, splitting it in two.

Robin Hood, aka Robin of Loxley, is a veteran of the First Crusade. He is horrified to find that his father was killed by the cruel Sheriff of Nottingham and that his castle is in ruins. Robin assumes command of a band of outlaws hiding in Sherwood Forest and trains them into a formidable force in opposition to Nottingham. Together they make their stand against the Sheriff. Eventually, Robin faced the Sheriff in combat and when the Sheriff took Lord Loxley’s sword to deliver the coup de grace, Robin stabbed him in his heart with a dagger. He can even split an arrow in half with an arrow shot or fire two arrows at the same time, hitting two moving targets.

Ser Jorah Mormont from Game of Thrones is an exiled Northern lord from Westeros who served in mercenary companies. He later had sworn allegiance to Daenerys Targaryen, the Targaryen claimant to the Iron Throne. Jorah has a pretty strict honor code toward his rivals. He also has an immense tolerance for pain as he managed to stay silent during Sam’s procedure to cure him of the greyscale. Even though Sam was effectively cutting off much of Jorah’s skin. Jorah was also able to sustain multiple severe wounds during the Battle of Winterfell. He gets back on his feet to protect Daenerys until the fight was ended.

Etienne Navarre is a medieval French knight who wields a sword given by his father from the Crusades but also carries a crossbow and rides a black horse called Goliath. As captain of the guard of Aquila, Navarre was cursed by the Bishop of Aquila, who was envious of him, to become a wolf by night. Navarre plans revenge against the bishop and vows to kill him. He charges in the city cathedra on Goliath and engages in a duel against Captain Marquet, the current Captain of the Guard. In the end, Navarre kills the Captain and hurls his sword at the bishop, piercing him against the altar, and killing him. Navarre is an unstoppable fighter who can defeat several warriors at the same time.

Beowulf is a legendary warrior-king and Norse king who became famous for slaying Grendel, a hideously malformed troll-like creature with appalling strength and cunning, by ripping Grendel’s arm off. Fifty years later, despite his advanced age, Beowulf managed to kill a nasty dragon that attacked his castle by ripping its heart out.

Bjorn is a Viking warrior and the King of Kattegat. Following in his father’s Ragnar footsteps, Bjorn desires to test himself as a fighter as well as an explorer. He fights in Viking battles without getting a scratch. he garnered the famous nickname “Bjorn Ironside.” Björn is as skilled a warrior, strong enough to match his uncle Rollo in a drunken brawl and fast enough to go through a battle and never be struck.

A testament to his prowess came during his time alone in the wilderness. Surviving for several months in the icy mountains of Scandinavia, he managed to track down and kill a bear with only a hatchet and knife; he received only a minor injury to the chest. He also manages to overpower a supposedly invincible “Berserker” warrior who intends to assassinate him. Physically, Bjorn is even more formidable than his father. While both of them were severely wounded during the siege of Paris Björn recovered quickly, while Ragnar remained weakened by his injuries for a long time. 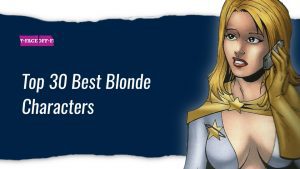