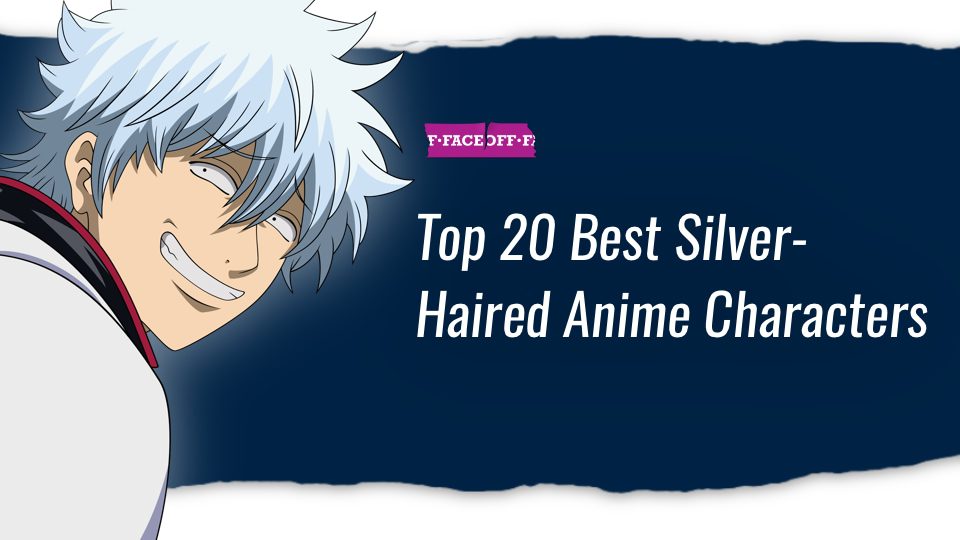 Anime creators are very aware of the meaning of the hair colors they create for their characters. Characters with silver hair are usually pure, and caring, and carry no personal interest. Among the colors black and white, silver hair color is a sign of depression and madness. Silver-haired characters like Kakashi, Gintoki, and Elizabeth Liones represent modesty on the one hand, and leadership and strong will on the other.

1. Emilia from Re:Zero − Starting Life in Another World

The half-elf warrior used to live in a frozen forest, her friends were a bunch of frozen elves who she swore to protect, and the cute girl had some social issues. She does her best to make friends, but the people, outside the forest, think she looks like Satella the witch, and they stay away. The anime’s main character has a good heart and a desire to help anyone in trouble. Emilia’s field of expertise is ice magic, and it’s only fitting for her to have silver hair.

The most talented shinobi ever, Kakashi is a legendary ninja who serves as sensei of Team 7. Despite a tragic past, he lost everyone he loved, Kakashi doesn’t surrender to the dark side seeking revenge. He has a laid-back attitude, and always comes to the rescue. Kakashi is a man of mystery, a masked warrior that never passed any students. That and his silver-haired spikes make him one of the coolest Naruto characters in the entire series.

From one masked Sensi to another silver-haired covered in a cloth Sensi. Satoru is known as the strongest jujutsu sorcerer in the world, his goal is to foster the next generation of sorcerers. When Satoru Gojo was born, the balance of the world was altered, he was the first person in over a hundred years to foster the ridiculous abilities of the Six Eyes and Limitless. But what makes Gojo so powerful is his character. Below his laid-back persona, he is dark, cold, and ruthless.

The long silver-haired ponytail chef specializes in spicy dishes, he has a wide knowledge of various spices and aromas. Akira is one of the best students at Totsuki Academy, his attitude towards cooking is noted to be rather obsessive. He is an ace professional, he takes his craft seriously, and he works hard to become a world-class aster spice. Akira is equipped with an unusual sense of smell that makes him a rival to the main character, Soma.

Nate doesn’t get much love, among all Death Note characters, he is probably the most hated person in the series. He is a robotic person and an unconventional genius orphan, but also near is dependent on others. Near can solve complex problems, taking the smallest details, and expanding them until he gets the full picture and then makes a decision. He seems to be always in his own bubble, he is very sensitive but appears emotionless. Near can be incredibly charming and friendly in his interactions with his allies. The successor to L’s legacy, Near was a morally ambiguous hero from the get-go. He is obsessed with toys, and with his short silver hair, he looks like a nine-year-old.

The main female magic-oriented nun character. Known for her temper, she can be extremely childish. Index as a nun does not wear traditional Christian outfits, instead, she wears white and gold. I like how the art design of Index clashes with the traditional and technological cultures, her silver hair might hint at a fusion of 103,000 grimoires full of forbidden spells hardwired into her brain, as opposed to her healing magic abilities, perhaps a mixture of black and white?

Professor Stein is a character on the verge of madness, he is in a constant battle to suppress it. Medically speaking, he needed to install a bolt, he designed, inside his brain, to be able to stabilize his sanity. Like many other “mad scientist” characters, he has silver hair to make the point he is a mad genius. Stein has actually a few characteristics that might fit the bill. He was evaluated as a child to find reasons behind his obsession to dissect things. He is cocky, but with his intelligence and power.

A member of a famous family of assassins. Killua breaks conventions and kills a lot of people, some of them innocent, no small matter for the hero of the shounen series. Among the main characters, Killua undergoes the most change: from a child who was blessed with violent ways and who grew up in a family of psychos, there’s no other way to describe them, he learns – thanks to Gon – that it’s perfectly fine to care about others as well. He takes this agenda further than everyone else.

9. Victor Nikiforov from Yuri!!! On ICE

Viktor is 27 years old figure skater, an old man in terms of skating arenas, perhaps that’s why he has a long silver hair, but he is at the peak of his career: Victor breaks world records one after another, the crowd loves him and he has been gifted with the appearance of a Greek god. The champion of champions, the best and most popular skater in the world, and the idol of Yuri (the younger one), who announces that he is moving to Japan to train Yuuri Katsuki to everyone’s astonishment.

Undertaker demonstrates how a character that appears crazy can hide profound knowledge. He is a London funeral director, a former Grim Reaper, and a legendary shinigami, meaning he was a human who killed himself. Undertaker has a very strong, emotional, connection with the Phantomhive family. He was nicknamed “Silver Fox” by Othello because his Grim Reaper registration number was too long.

An albino and horribly disturbed girl who has acrobatic abilities that would not embarrass Olympic Games athletes.  She is annoying by the way. very annoying, and strong but she has the personality of an irritating character, and her bizarre appearance, with her crazy long silver-haired, does not contribute much affection for her.

A wandering Mushi Master, Ginko is a traveler, he roams the land to help those afflicted with Mushi-related illnesses. No one can give an exact definition to Mushi – the creatures are everywhere; in the air, at sea, on land, and even in other dimensions. Most people grow up without the opportunity to see them, and from the minority of people who can is Ginko, a vagabond who wanders from village to village, forest to forest.

The main character Nakajima is an orphan, a tough type, angry at everything his partner Dazai does. His ability, “Beast Beneath the Moonlight,” allows him to transform into a tiger with magical abilities. His unusual drip haircut is colored silver, the same color as his tiger transformation. Poor Nakajima thinks of himself as the poster boy of bad luck and hates himself, he believes that he causes calamity wherever he goes.

14. Norman from The Promised Neverland

Normal is a really smart orphan, he is the one that comes up with the cleverest plans among the orphan characters. His willpower is strong, he maintains the appearance of a strong determined leader. As such, he is selfless, if needed he would die to complete his mission. As the older of the bunch, he has short silver hair.

An expert in magic that gives her the forms and powers of fearsome demons she defeats. Mirajane holds a level of magic power far more extensive than almost all the guild wizards. Most of her battles are hardly even a challenge for her once she steps into her Satan Soul form. While it’s been mentioned that she is a gorgeously sexy girl who wins the hearts of men and women all over the country, she never actually uses her looks to her advantage.

See also: Top 50 Anime Girls With Blonde With Most Charm

The is vice-captain of the boy’s volleyball team, Composed ,and a team player. He is not a prodigy, his style of playing is very reliable and smart, a hard-working athlete who always gives his 100% and more. Among the players, he is the one who often observes the opponent’s moves, especially as he mostly watches the game from the bench. His hair is a much lighter shade of silvery-blonde in the manga.

Inuyasha is a half-demon, even though he is no one’s prisoner, and even though he has proven himself above and beyond, the poor demon doesn’t get to see his electronic bracelet removed. This makes Kagome a psychotic villain and Inuyasha a hero with Stockholm syndrome. You deserve better than this! Leave her! Run away!

The silver-haired boy dreams of becoming a detective. He’s later revealed to be the Observer, an android to monitor the game to prevent cheating. He spends most of his run outsmarting diary holders with just his data processing abilities, he relies on his own wits to trick his enemies.

A strong-willed woman, the third adoptive princess of the Kingdom of Liones will put herself in danger to help others. Elizabeth is the primary proactive force in the anime, a vital part of the team. She is a cute goddess, a top favorite character of mine, a little annoying at times but she’s adorable nonetheless.

The loveable lazy dork is also a mature, dependable, and caring samurai. He is a character that everyone looks up to, depends on, and has fun with, similar to that of an older brother. He always looks out for his friends, making an effort to make the world a better place. Sakata is known as the “White Demon” due to his silver hair and the white coat he wears in battle. Despite this, he is tired of being the war hero himself.