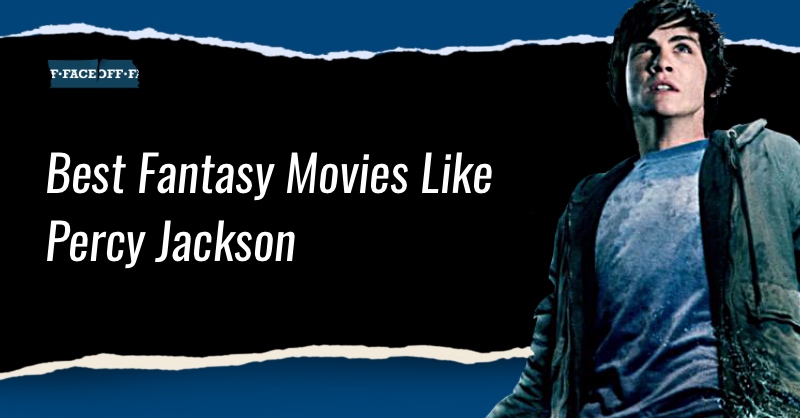 Here’s the list of best movies like Percy Jackson and the Lightning Thief (2010), reviewed and recommended. You can watch some of these movies on Netflix, Disney+ Hulu, or Amazon Prime. Percy Jackson is a 16 years old boy who suffers from dyslexia and ADHD. He is about to be thrown out of school – but this is his least problem.

The Greek Olympus gods emerge out of the pages of the mythology book. The lightning bolt of Zeus was stolen and Percy is the main suspect. Now, Percy Jackson and his friends are forced to take off on an adventurous journey. They need to catch the thief, save his family, and reveal something mysterious and powerful from the gods.

Following the successful book by Rick Riordan, this is an action-packed movie. It’s entertaining and sweeps you right from the beginning.

Seth, the god of darkness, takes over the throne of the Egyptian empire. Beck, a human hero, hooks up with the god Orus, in order to save the empire and his beloved one. This is a beautiful mythology movie. It’s full of action, and amazing effects. And Gerard Butler in one of his best performances.

See also: 8 Best Movies like Prince of Persia: The Sands of Time

Perseus, son of Zeus (Liam Neeson), is caught in a war between gods and is helpless to save his family from Hades (Ralph Fiennes), the god of the underworld. He leads a group of warriors on a dangerous quest. They must prevent Hades from overthrowing the king of the gods and destroying the earth.

Following the classic film from 1981, the remake is a beautiful film. It has great pyrotechnic and visual effects, full of action and entertainment.

Four young siblings are forced to move with their mysterious uncle to his estate during World War II. The bored children discover, that through an old wardrobe standing in the attic, they can transform into the magical land of Narnia. They learn that Narnia is in a state of perpetual winter, because of the spell of the cruel white witch, who turns all her victims into stone statues. To defeat the witch, they must team up with the god of Narnia – a lion named Aslan.

Based on the famous book, this epic film for all the family will take you on a wonderful adventure – with smart dialogues and amazing visual effects.

Dave Stutler (Jay Baruchel) is an average guy, but Balthazar Blake (Nicolas Cage) sees in him a hidden talent for sorcery. He becomes Balthazar’s protege, getting initiated into the art of magic. As Dave prepares to help his mentor defend Manhattan from a powerful adversary (Alfred Molina), he wonders if he can survive the training, save the city and find true love.

This is a nonstop action movie, that will sweep you from the first moment, Nicholas cage in another great performance, which makes it a real hidden gem for fantasy movie lovers.

In a search for his missing brother, a scientist sets out with his nephew and their mountain guide to search for him. To their surprise, they discover in the center of the earth, a lost, fantastic, and dangerous world.

Based on the famous novel by Jules Verne, this film is a classic for adventure movie lovers, with beautiful landscapes, great visual effects, and a plot that will leave you out of breath.

Eragon is a poor farm boy. He lives in a kingdom ruled by a powerful evil monarch. One day, he discovers a beautiful stone that he soon realizes is a dragon’s egg. When the creature hatches, Eragon sets forth on a path that could restore the glory of his homeland’s legendary Dragon Riders, and perhaps defeat Galbatorix.

Based on the book series by the same name, Eragon is taking us on an adventure you will never forget, with wonderful performances of John Malkovich and Jeremy Irons.

How can we not mention the magic boy? Harry Potte and Percy Jackson are the two teen characters who have taken the genre of fantasy by storm.

Harry has never been a star of the Quidditch team earning his team points while riding a broom high above the ground. He knows no magic spells, has never raised a dragon from an egg and has never worn a cloak of disappearance. He only knows his miserable life with the Dressley family – his terrible uncle and aunt and their repulsive son Dudley, a spoiled, grown-up, and fat bully. Ari’s room is a tiny closet at the bottom of the stairs, and his adoptive parents never celebrated his birthday.