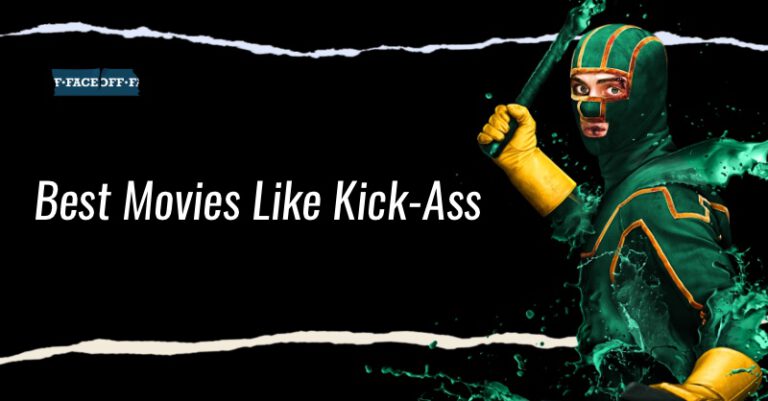 We are positive that this list will help you to find movies (and TV Shows like Kick-Ass) like Kick-Ass. We think both the comic books and movies really KICK-ASS. And you must also think the same if you are reading this right now.

It is the perfect cinematic entertainment mix of comedy, action, and quality, so little surprise that both the movie and its sequel gained a strong cult following.

The movie tells the story of Dave Lizewski, a high school loser and comic books fan, who decides to become a vigilante. This is despite the fact that he does not have special powers, training, or a good enough reason to do so. When he is targeted by Mafia boss Frank D’Amico things get messy.

Damon (Nicholas Cage), a former police officer who was indicted by drug lord Frank and expelled from the police force, and his daughter Mindy (Chloe Moretz), are affected by the wave of superheroes that swept the city and embark on their own revenge campaign against crime as ‘Big Daddy’ and his sidekick ‘Hit Girl’.

Super tells the story of an unsuccessful guy named Frank Darbo, who one day discovers that his wife Sarah has run away from home for a criminal named Jacques who got her hooked on drugs. Frank begins to take an interest in superheroes and gets to know a clerk named Libby in a comic book store. He decides to assume the identity of a costumed red superhero Crimson Bolt, and armed with a pipe wrench begins to fight crime.

The press is starting to take an interest in him, and Libby suspects Frank is the anonymous superhero. She soon becomes his sidekick, christening herself Boltie. The problem is that Frank is starting to get out of control when it comes to his activities against crime and his boundaries are becoming more and more blurred.

In a world where superheroes have existed for decades, an accountant with mental health issues and zero superpowers suspects that the city’s underworld is secretly ruled by an apparently long-dead supervillain called The Terror.

While having a hard time exposing the conspiracy, he collaborates with a nigh-invulnerable blue superhero named “The Tick”. Together they embark on an adventure full of insane supervillains, bloody justice fighters, and superhero craziness.

We will all likely experience a bad breakup at some point. Most of us just pick ourselves up after a while and move on. But for one New York guy, this is not going to be easy. When a guy breaks up with his girlfriend, he discovers that she is actually a superhero named G-Girl. Now that her boyfriend has left her, she unleashes her superpowers to humiliate and harass him.

Batman is the alias of playboy billionaire Bruce Wayne. Becoming the Dark Knight, Bruce Wayne dedicated himself to protecting the people of Gotham City.

Despite being considered an outlaw vigilante by the Gotham police department, Batman encounters some of the most fearsome adversaries imaginable who threaten Gotham, like The Scarecrow, Two-Face, the Joker, and Bane.  In his continuous battle against Gotham’s underworld, batman becomes an eternal symbol for fighting injustice.

Just like “Batman”, playboy millionaire Brit Reed has no superpowers but he has plenty of money to create technological means to help him fight crime. Unfortunately for Britt, he does not have the brains to create those advanced weapons, and therefore his partner in fighting crime, Kato is the one who produces them.

He is also a man who masters various martial arts. In fact, “The Green Hornet” is a kind of clown and comic relief while his good friend is the real warrior, the one who knows how to make a perfect coffee, cool guns, and fight like Bruce Lee.

“Watchmen” takes place in the alternative United States in the year 1985, at the height of the Cold War. Woodward and Bernstein the journalists who exposed the Watergate affair were murdered, Nixon is still the U.S. president for a fifth term, and being a superhero is illegal.

However, a group of mostly retired superheroes investigates the murder of one of their own before uncovering an elaborate and deadly conspiracy, while their moral limitations are challenged by the complex nature of the circumstances.

The film is set in Toronto’s slacker-hipster scene. Scott Pilgrim is a 22-year-old boy who has no intentions of growing up or dealing with real life. He does not work, plays bass in an unsuccessful indie garage band, and goes out with a high school student, mainly because finding a partner his age requires effort.

But then he meets the cute blue hair girl, Ramona Flowers, an American Amazon delivery girl, and instantly falls in love with her. Ramona is older than him, more mature, more experienced, smarter, and carries with her an emotional charge that Scott has no idea how to deal with. Oh, and she has seven evil exes who want to kill Scott and he must defeat them all if he wants to date Ramona.

See relevant: The Most Powerful 20 Characters With Purple Hair

The series revolves around former Force Recon Marine Frank Castle, who uses lethal methods to fight crime as the vigilante known throughout New York City as “the Punisher.

After returning from Afghanistan, Kassel thought he would live peacefully with his family, but that dream was violently cut short when his wife and two children were brutally murdered. Castle dealt with all those responsible for the murders, one by one, and is now considered dead. He lives in New York under the pseudonym Pete Castiglione. Pete is a construction worker who does not disturb anyone, quietly dealing with his demons, alone.

In the world of The Boys, superheroes are also super-celebrities. Most of them work for the wealthy and powerful corporation Vought, which markets and monetizes them. The series primarily focuses on two groups: the Seven, Vought’s premier superhero team, and the eponymous Boys, vigilantes looking to bring down Vought and its corrupt superheroes.

Darryl Walker is a gullible, nerdy repairman, and a longtime fan of Batman. He is childishly naive to the harsh realities of living in the inner-city: the city’s leadership is corrupt and the police are on strike after going without pay. Only when his Grandma is murdered by a mobster does Darryl awaken to the urban decay all around him.

Using his technical expertise to create weapons and gadgets, he becomes Blankman – a character like Batman who is also a vigilante superhero with a bulletproof costume. Together with his homemade robot, “J-5”, who is also his best friend, he protects various community members, building up a reputation and inspiring both the town’s citizens and other real-life superheroes.

John Wick is a retired assassin who lost his wife to a terminal illness. When a sadistic Russian gangster breaks into his home and kills his beloved dog (that was given to him by his dying wife), John sets out to seek retribution.

With his extraordinary skills and the cruelty that have made him a legend in the underworld, he hunts down the thug and everyone who stands in his way.

One night an assassination squad raids his house and attempts to kill him, but he easily wipes them all out. To find out who is targeting him, Frank tracks down some of his old CIA associates for help.

Together they embark on a journey that crosses the U.S. and leads to the CIA headquarters where they will discover one of the most outrageous conspiracies ever to take place within the U.S. administration. 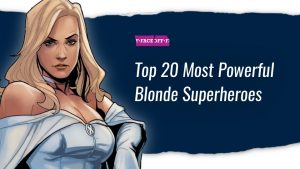