We curated a list of the 12 best superheroes in movies and tv shows. With all the superheroes are gifted beings to be found, making the cut for this category is no easy feat. We’ve searched high and low for the ultimate beings and have come up with a roster that won’t disappoint.

The list contains related movies and TV shows with the most powerful superheroes ordered and matched by similarity.

After the death of Superman, the evil and powerful Steppenwolf is threatening planet earth again.

Queen Hippolyta warns her daughter Diana Prince, A.K.A Wonder Woman, about the evil plan. Wonder Woman updates Batman with the details, and they discuss how they should defend earth. They create a dream team with the red superhero The Flash, Aquaman, and Cyborg, but despite the formation of an unprecedented league of heroes, the Justice League team will soon find out, it may be too late to save the planet from a catastrophic fiasco.

Watchmen is set in an alternate dystopic 1985 America, in which costumed superheroes taking part in the cold war between the USA and the Soviet Union.

Doomsday Clock is ticking, and it is five minutes to midnight. Rorschach, a masked vigilante sets out to uncover a plot to destroy all superheroes alive. He soon reconnects with his former crime-fighting retired superheroes legion, only one of them has true powers. They soon find a wide conspiracy to destroys humanity and they are determined, to protect and save it.

Jean Grey (Sophie Turner), is an eight-year-old girl with telekinesis abilities, that cause a car accident in which she loses both her parents.

Professor Charles Xavier (James McAvoy), takes her to his school for gifted youngers, where he promises to teach Grey to use her telekinesis abilities for good. Fast forward a few years later, Jean joins the Space Shuttle Endeavour. When the shuttle is critically damaged by solar flare-like energy, X-Men is called to save the astronauts, and Jean is struck by the solar energy. Miraculously, she survives the blast, and absorbs the rays, saving her team’s aircraft, but her psychic powers are greatly amplified, and as she becomes a powerful marvel villain Dark Phoenix. increasingly stressed, Jean’s powers become harder to control.

Lucifer Morningstar, (Tom Ellis) the devil itself, is bored from his life in hell and decides to relocate to Los Angeles.

At first, he helps humanity with his telepathic abilities to soothe their miseries while assisting them to bring their deepest thought and desires up to the surface. A coincident meeting with a police detective, in an LA nightclub, leads him to become an LAPD consultant.

Hancock is a powerful superhero, but a sloppy one who lives in Los Angeles. He helps the citizens of L.A.but leaves after him wreaking havoc.

He doesn’t think about other peoples’ impression, he just like getting the work done, but his chaotic efforts turn him to be unpopular among people. After saving the life of a PR executive (Jason Bateman), he offers to help him improve his public image and introduce him to his gorgeous wife (Charlize Theron) – Hancock soon finds within himself, a side he never knew.

Diana Prince (Gal Gadot), lives under the radar during the Eighties, working as an Archeologist in a Museum. She maintains low key, even though she reveals all her strengths and does heroic performances incognito.

Soon, the sword-fighter legend Wonder Woman will have to face two tough opponents: Maxwell Lord (Pedro Pascal) a corrupted businessman, and Barbara Minerva (Kristen Wiig), a past friend that turned into an enemy. Diana will have to use all her courage, powers and wisdom, in a cruel battle against these two villains.

The Mighty Thor (Chris Hemsworth), finds himself imprisoned on the other side of the universe. He has to confront The Incredible Hulk (Mark Ruffalo), a former ally turned into Avenger in a gladiatorial battle.

Thor must team up again with The incredible Hulk, and try to get back home on time in order to stop Hela and defend the universe from destruction.

Goku is an extraordinarily strong young boy with a tail, who embarks on a quest to become stronger and learns of mysterious Dragon Balls.

He teams up with a teenage girl named Bulma, and together they are going on an adventure to find seven mystical Dragon balls. The enchanted balls, have the ability to summon the powerful dragon Shenron who can fulfill whoever summoned him with their greatest wishes. Along the way, Goku and Bulma make many new friends and enemies while Goku trains to become the strongest martial arts tournament fighter in the world.

Saitama is an epic anime superhero, who has trained so hard, that his hair has fallen out.

He can defeat any opponent with a single punch. After a long time without losing any battle, he seeks to find a worthy opponent. He eventually teams up with Genos – a cyborg warrior seeking revenge against a cyborg enemy, who killed his family and ruined his hometown.

Wade Wilson (Ryan Reynolds), is a former special forces officer, who now works as a bounty hunter. He marries Vanessa (Morena Baccarin), and they both live a quiet life together, until one day he is diagnosed with terminal cancer.

After he gets the bad news, Wade meets Ajax (Ed Skrein), a mysterious man, that says Wilson can be cured of his cancer by a special treatment, that will give him superhero powers. Wilson refuses at first, but then he joins the special project led by Ajax. Wilson soon finds out, that in order to get cured, he has to become Deadpool, a mutant, and go through several painful quests to discover his superheroes abilities.

Dr. Stephan Strange (Benedict Cumberbatch) is a brilliant, famous and arrogant Neurosurgeon living in New York. When he is involved in a fatal car accident and loses the ability to use his hands, he tries everything in western medicine, until he turns to a healer, that agrees to help him gain his ability to use his hands again.

Soon they both will find out, that the healer is at the front line of a battle against unseen dark forces, that threats to bring a dark era on planet earth. The warlock Dr. Strange is forced to choose between his life of Ego and fortune and helping to defend the universe.

Billy Batson (Asher Angel), is an abandoned child looking for his lost mother.

He moves into a new foster home and his new family trying their best to make him feel at home, but when Billy is chased by school bullies, he is running away, and accidentally bumped an ancient powerful wizard who wants to turn Billy into his new protege. The wizard offers Billy to give him superpowers by saying the word “Shazam” – allowing him to turn into an adult flying superhero with many superpowers.

From mutants and aliens to fluffy creatures and the devil himself, in this category, we will face off the most powerful beings in the universe.

The blue superheroes Superman and Dr. Manhattan faceoff! A band of supervillains has come together to pose a threat to Earth unlike ever seen before. Who do you call upon to save the world?

Your thingamajig is complete! With it, you can trap someone and take their powers, but you can only use it once! Whose powers do you take for yourself?

There’s a lethal virus being created in a massive underground bunker by a terrorist organization! Who do you send to destroy it?

Your car, your home, and just about everything you own–you bet it all on this fight, so choose wisely! Who do you bet on to defeat the other in a fight to the death?

Lucifer Morningstar vs The Spectre

One is considered a god, the other a devil. If you create a cult to glorify one of them, they might just give you a place of power. Who do you choose to worship? The powerful superhero The Spectre, or Lucifer? 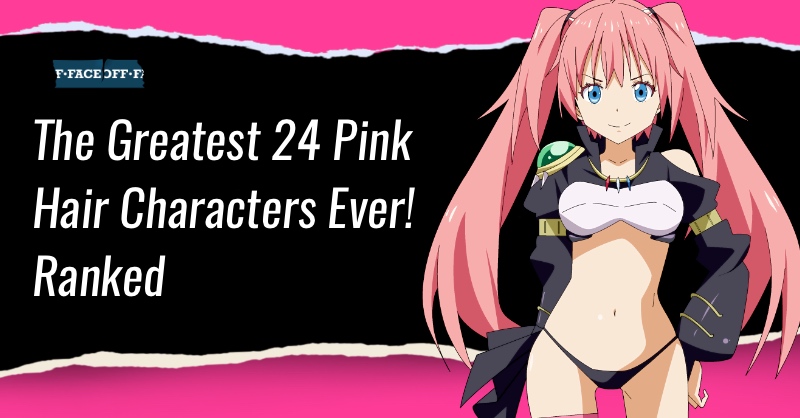 The Most Powerful 24 Pink Hair Characters Ever! Ranked