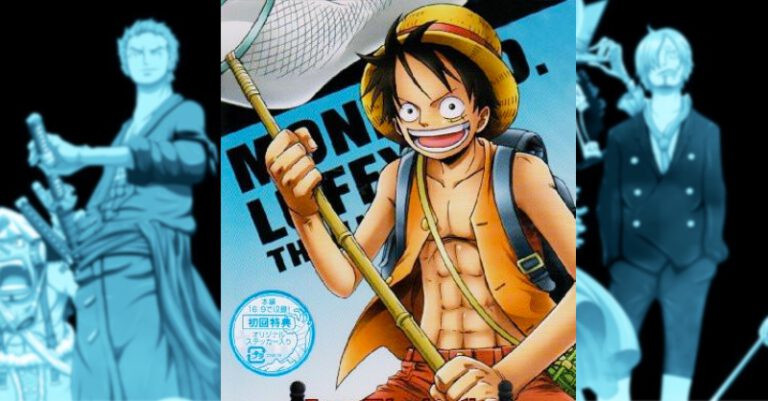 The world’s most popular anime right now – One Piece, by creator Eiichiro Oda, reached a new milestone with its 1000th (!).

To celebrate the anime epic milestone, we present the best One Piece episodes. We picked the highest-rated episodes, with an average score of 9.3 and above, from IMDB.

Please scroll down and vote for your favorite episode of all time. Let us know which One Piece episode in your opinion is pure perfection in storyboard, direction, animation, and just everything?

The title of the expected 1,000th One Piece episode title is Overwhelming Strength! The Straw Hat Pirates Gather.

The episode will showcase the clash between Luffy and Yonko.

When will Once Piece 1,000 Episode premiere?

Episode 377, Rank 9.4: My Crewmate’s Pain is My Pain, Zoro Fights Prepared to Die

The skilled sword fighter Zoro tries to fight for Luffy since he lies helplessly on the ground. Through Zoro’s efforts, Kuma offers a deal to him. He tells him that he can take all of Luffy’s pain away, but has to implant it in Zoro. Zoro agrees to this deal when Kuma says he could die from all of this pain. Kuma takes all of Luffy’s pain away from him, gives a small portion to Zoro, then Zoro jumps into Luffy’s pain (bubble).

Sentomaru reveals that Kuma has the ability to make people fly through the sky to faraway places. Kuma uses his ability to make the other Pacifista and the rest of the Straw Hat Pirates disappear, while Luffy struggles desperately to protect them and Rayleigh is occupied dealing with Kizaru. Kuma tells Rayleigh something that he is reluctant to believe, before teleporting a despairing Luffy away, completely defeating the Straw Hats.

See also: One Piece Film Red: What Do We Know So Far?

Ace is freed at last as he and Luffy fight their way back to escape from Marineford. Everyone is glad for it, as Squard and his crew break into the plaza with the paddle ship to give a chance for everyone to escape, but is stopped by Whitebeard, claiming it would be a shame for a son to die in front of his father. Whitebeard stands and orders his sons to escape, saying the New Era does not need a person like him.

See also: Luffy vs Might Guy: Who Would Win?

Whitebeard aims to take down the whole of Marineford and orders his crew and the other pirates to flee. Ace gives his final, grateful farewell to his captain before trying to escape as well. However, Akainu tauntingly mocks Whitebeard, and Ace, feeling angry and insulted on Whitebeard’s behalf, tries to take him on. But it is quickly apparent that Ace is outmatched, and when Akainu aims to land a fatal blow on the now exhausted Luffy, Ace takes the hit for his younger brother instead.

Episode 483, Rank 9.5: Looking for the Answer – Fire Fist Ace Dies on the Battlefield

Ace is punched by a magma fist through the back by Admiral Akainu and falls into Luffy’s arms. He then thinks about his past and remembers his goal in life: to find out whether or not he had deserved to be born. Akainu proceeds to attack Luffy, but Jinbe stops his advance. Marco and Vista then rush to the aid of Luffy and strike Akainu with Haki imbued attacks, but realize they are ineffective against the admiral. As everyone else stares in shock at Ace’s wounds, they deduce that his organs were burned beyond help, and tell Luffy that Ace will not make it. Just as Ace dies, he thanks Luffy for everything and everyone for loving him. Luffy is then seen crying about the loss of his brother.

Episode 485, Rank 9.4: Settling the Score – Whitebeard vs. The Blackbeard Pirates

Blackbeard and his pirates arrive in Marineford, as they are taken down from the execution platform by Whitebeard. In order to avenge his two sons (Ace and Thatch), Whitebeard fights Blackbeard. Even with Blackbeard’s powers to cancel Devil Fruit abilities, Whitebeard deals a critical blow with his bisento, and then proceeds to pin Blackbeard down, grabs him by the throat, and uses his devil fruit to crush him and throw him back.

After recalling how he killed his father and met his executives as a child, Doflamingo confronts his brother, Corazon, over the latter’s betrayal of his crew. After learning that Law has eaten the Op-Op Fruit and being tricked into believing that he has already left the island, Doflamingo kills his brother and unknowingly has his crew transport a grieving Law to safety.

Luffy refuses to back down from the hostile Sanji, causing Sanji to confront him and attack him with Diable Jambe. Despite Sanji’s vicious attacks, Luffy refuses to fight back or retreat, and Nami pleads Sanji to stop to no avail. Finally, Sanji knocks Luffy out with a spinning midair kick, and returns to his family. Luffy yells out to Sanji as he leaves, saying that he will stay at this spot and not eat until Sanji returns, as he cannot become the Pirate King without Sanji. This causes Sanji to break down in tears as he is taken to Big Mom.

Thanks to Pedro’s explosion, Chopper, Brook, and the Thousand Sunny are freed from the candy entrapment. Carrot furiously attacks Katakuri only to be overpowered. Luffy clashes with the Sweet Commander and manages to grab him.

With 1:00 AM drawing closer, Sanji and Pudding reminisce about their experiences together as Sanji prepares to depart. The Straw Hats get close to Cacao Island, while the Fire Tank Pirates and the wedding cake approach Funwari Island with Big Mom on their tail. In the Mirro-World, Luffy emerges victorious from his battle with Katakuri. He finds that Brûlée has escaped, but Pekoms then shows up with a recaptured Brûlée, wanting to help Luffy escape to honor Pedro’s memory.

Sanji finds out about Pedro’s death as the Straw Hats successfully sail out of Totto Land, and as she overhears the news on Cacao Island, Pudding weeps while recalling her memories with Sanji.

Episode 892, Rank 9.3: The Land of Samurai where Cherry Blossoms Flutter

Zoro, Usopp, Franky, and Robin are incognito inside Wano Country. Zoro the green hair anime character poses as a ronin, Usopp works as a merchant, Franky works as a carpenter, and Robin trains as a geisha. One night, Zoro is arrested for street murders. On the next day, he is sentenced to commit seppuku. Deducing that the magistrate is the culprit, Zoro attacks him and his men.

Right after the destruction of Oden Castle, Luffy enters a furious battle with Kaidou.

Luffy continues his furious battle with Kaidou. Despite his best efforts, the battle ends in Luffy’s defeat from just one blow.

Episode 957, Rank 9.4: Big News! An Incident That Will Affect the Seven Warlords

After the Levely concluded, big news concerning Sabo spread throughout the world. Those who knew Sabo become distressed after reading the news about him.

At the new Marine Headquarters, the Marine officers hold a meeting. Sengoku explains about the Rocks Pirates and the history concerning this crew.

Oden transforms the wildland of Kuri into a habitable region and is made Daimyo over it.

Once their ship is repaired, the Whitebeard Pirates leave at night to avoid Oden’s advances but he catches up anyway, attaching a chain to the ship and riding with Izo through the ocean. Marco saves Izo and brings him onto the Moby Dick where he is tied up.

Orochi plots to take the shogunate with Higurashi’s assistance. As Oden continues his journey with the Whitebeard Pirates, he finally encounters the Roger Pirates. A clash between Whitebeard and Gol D. Roger ensues.

After an intense and lasting battle between the most fomented pirate gangs in the world, Roger discovers Oden’s skill, spent for years in the Kouzuki clan, and decides to make an unpredictable invitation.

Roger pirates sail around the Grandline and meet some old friends.

The Pirate King is Born – Arriving at the Last Island!” is the 968th episode of the One Piece anime. The anime adds the following: The moment Toki fainted due to her sudden illness. Orochi talks with Higurashi about the arrival of Oden and his family in the Wano Country. Whitebeard grinned upon seeing the news declaring Roger the Pirate King.

Having been defeated by Kaidou, Oden is captured and sentenced to be executed in the middle of the Flower Capital. Orochi and Kaidou decide to boil him and his subordinates in hot oil, Oden proposes a challenge, that if one of them survives in the hot oil for one hour, the rest of them should be set free. Kaidou agrees to the challenge, and Oden rushes into the boiling vessel of oil. He holds a plank up for the Nine Red Scabbards to sit on. The crowd watching the execution criticizes Oden, but Shinobu reveals that Oden danced naked in the streets in order to save 100 people from being kidnapped with each dance. The kidnapped civilians were used as laborers to manufacture weapons, leaving the crowd shocked.

The climactic battle between Oden’s small band and Kaido’s forces commences. Oden manages to survive for over an hour, which enrages Orochi. The latter tells his men to shoot and kill Oden, breaking the promise. Oden manages to throw his scabbards off of the execution platform before being shot and killed by Kaido.

Kaido breaks into the burning Kozuki castle as Toki attempts to save her family.

Hiyori and Kappa separate and she gets brought to Kysohiro who secretly pledges to protect her.

No allies have to come to aid the raid on Onigashima so the Nine Red Scabbards jump on a rowboat to get to Onigashima. Kikunojo tells that there must be a traitor amongst them. Kanjuro reveals himself to be the traitor. Three Beasts Pirates galleon come to attack all. Kanjuro is decapitated by Kin’emon only to reveal that it was a drawing. Kanjuro captures Momonosuke. Luffy, Law, and Kid arrive.

The Beast Pirates start attacking the samurai’s ships from a distance. An old ally comes to Straw Hats’ aid.

Zoro and Sanji team up to fight the guard as Luffy and Jimbei attack Kaido’s men.

The Straw Hat Pirates enter Onigashima’s torii gate and defeat the guards there. Queen begins the Golden Kagura festivities, and the Tobi Roppo meet to hear their captain’s request. The Straw Hats set up to toast Jinbe joining, but after the Nine Red Scabbards and their other allies advance on Onigashima, they decide to wait to celebrate with everyone after they defeat Kaidou, Orochi, and Big Mom.

The Akazaya members deliver a crushing blow to Kaido. Luffy and Yamato back them up but are spotted by Big Mom.

Yamato tells Momonosuke and Shinobu that he once confronted a man, who came to Onigashima looking to get Kaido’s head. His name was Ace. The two of them engaged in a fierce battle that eventually turned into an important friendship.

Which is the best One Piece episode in your opinion? Vote Below

Which is the best season of One Piece?

Fetching data from IMDB dataset, as of March 28th, 2022, There are 1016 One Piece episodes produced by Toei Animatio. 103 reported filler episodes with a total of 11% overall.

2021 has been the best year for the anime series. With 27 episodes scoring 9 and above. Episode 968 scored 9.6, the highest score of the entire 20 season series.

Pop-culture obsessive girl. She worked professionally in the entertainment and media industry in Los Angeles. Edited many prime-time TV shows and award-winning documentaries. Worked for companies such as HBO, CBS, NBC, FOX, RESHET.
All Posts