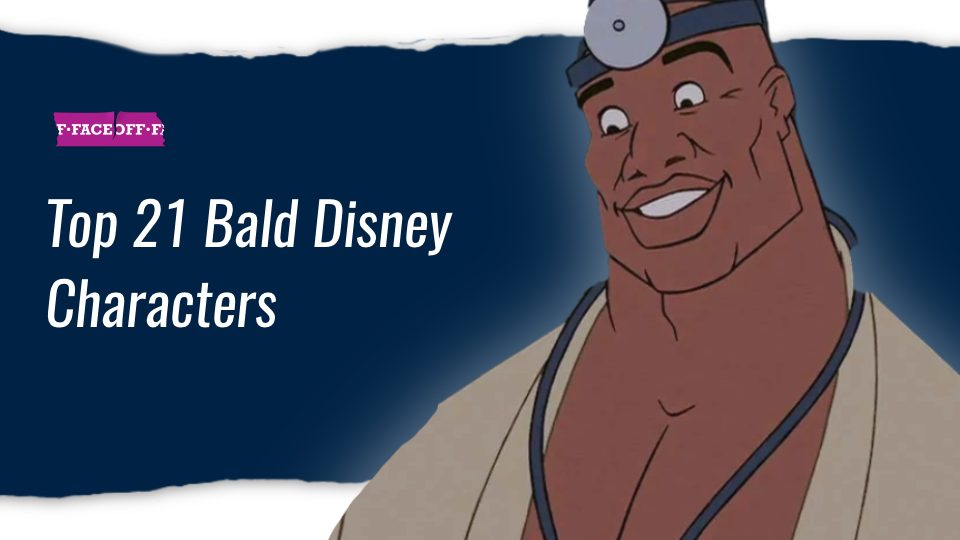 Here is a list of 21 bald Disney characters who are bold, funny, and magically evil.

Dopey is the youngest and the most childish in the 7 dwarfs clan. Dopey is the most innocent of the dwarfs he has no beard and is completely bald.

The hero of the Galactic Alliance, and the greatest defender of the galaxy. Buzz is a kind of idiot with good intentions, like many characters in Toy Story, he is a complicated one. As the leader of his team, he’s often the one most likely to do well in a fight.

He is one of the tallest human characters in the animated film, he is almost entirely bald, except for a tiny little bit of hair on the back sides of his head, around the ear. He craves the throne but is forbidden from ever attaining that position.

4. Francis Monogram from Phineas and Ferb

The stiff character is the leader of one division in the O.W.C.A. When he transmits messages to Agent P, he is wearing a wig. He is bald as a result of their new pneumatic transporter.

5. Lawrence from The Princess and the Frog

Prince Naveen’s antagonist. After enduring years of disrespect and humiliation from the prince, Lawrence betrayed Naveen and partnered with Dr. Facilier to exact vengeance.

6. Monsieur D’Arque from Beauty and the Beast

The head of the local insane asylum called Asylum D’Loons. He is a selfish, greedy man who will do anything for money. He is the supporting antagonist in Disney’s 30th full-length animated feature film.

A snow bald character made by Elsa, and completed by Anna. He’s apparently the very thing she “can’t hold… back anymore”. Elsa’s spell casts the imbuing snow with life. He is a small, perpetually happy, childlike, adorable snowman who loves summertime and “warm hugs”.

8. Wynnchel and Duncan from Wreck-it Ralph

9. The Tweedle Boys from Alice In Wonderland

The Disney characters, Tweedle Dee and Tweedle Dum are fat, bald, loud, and always scrapping for a fight. Both characters have the same personality, they are twin brothers who act and look alike.

A supporting character in Disney’s 1959 animated film. He is the father of Prince Phillip and King Stefan’s longtime friend. King Hubert is cheerful. He hides his shaved head under his crown.

11. Maurice from Beauty and the Beast

Maurice is kind of just a hapless idiot. Belle’s father is a strange inventor, trouble is that he can not invent anything that isn’t ridiculous.

12. The Emperor from Mulan

The ruler of China is the wise character whom all the heroes answer to. He cares deeply for his people, wishing to protect them. He never loses his cool or shows fear even when threatened with murder

13. The King from Cinderella

He hot-headed bald king who often breaks the castle when he gets frustrated. Anyone who upsets him will be punished! But he has a soft side, he loves his son and wants him to be happy.

14. Yen Sid from The Sorcerer’s Apprentice

The famous wizard is Mickey Mouse’s mentor. Mickey has a tendency to cause destruction when he practices magic, and although Yen Sid gets mad, he demonstrates a surprisingly calm character, he returns quickly to keep his cool.

Kida’s father is the blind King of Atlantis. He used Atlantean’s Crystal power as weapons of war, which caused the great flood. Kashekim’s facial tattoos cover his bald head, he is one of the very few Disney characters with tattoos.

The largest character of the trio of Chinese soldiers. He is a kind-hearted bald warrior, the most soft-spoken and zen of the group.

17. The Genie from Aladdin

A powerful supernatural captured inside a magic lamp for ten thousand years or more. The blue and bald Genie loves to be alongside Aladdin because how the latter was the nicest and most selfless of all the masters he’s had.

The Pub Thugs feared leader. Hook Hand longs to become a concert pianist, which he eventually accomplished thanks to the support of Rapunzel.

19. Frozone from The Incredibles

Frozone is a cool superhero who d can deploy a variety of gadgets. He is a bald, and tall guy, Mr. Incredible best pal. He has strong morals, always there to help his friends.

A kind and caring medic robot created by Tadashi. Bayman is an adorable android that loves to hand out free hugs. He can perform a full healthcare scan in seconds and has an extensive database of medical procedures.

An African American and Native American descent medical man. He is often just called Sweet because Doctor Joshua is the nicest, wisest, and most compassionate of the group.