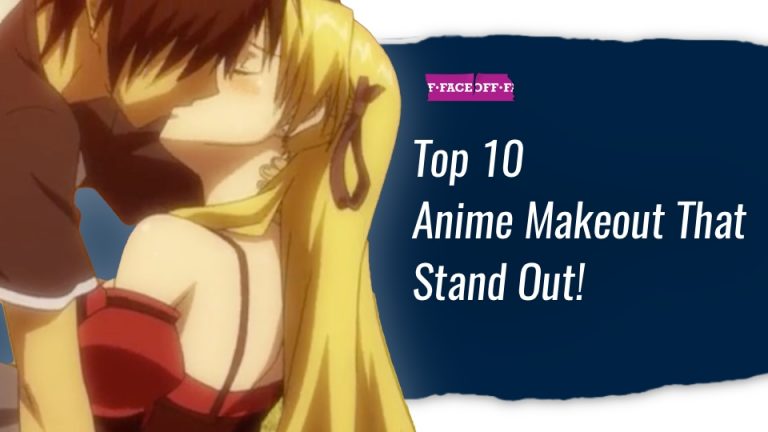 Top 10 Anime Makeout That Stand Out

There is a bunch of memorable makeout scenes in anime that are boring and forgettable at best. But making out with someone you love for the first time is a life-changing experience. When done right and the two main characters are finally making out, it feels rewarding and exciting, it makes the viewers’ emotional investment pay off.

In this post, I decided to make out a list of the top 10 Makeout Anime that sent waves of endorphins straight to our hearts.

Tomoya and Utaha from Saenai Heroine no Sodatekata Fine

It was quite awkward to watch the scene where Tomoya and Utaha makeout. It made my heart race and it felt like an otherworldly moment. In some sense, I understood I was excited and happy for them. For me, it was the best final makeout scene of an anime ever.

I knew there was something boiling under the surface, and the making-out scene in the movie just sums it up. Tomoya actually fell in love with Utaha in the series before the movie began. The entirety of the movie was Megumi and Tomoya flirting, but they used the scenario of their game as an excuse to do so.

I’ve been waiting for this moment to happen since I began to watch the series.

Shirayuki and Zen from Snow White with the Red Hair

This anime is different from all the other romances. It doesn’t have the guy pin the girl to a wall and kiss her in the first episode. It actually has deep conversations and relationship-building. I really want more romance anime like this to come out.

When the prince is captivated by Shirayuki’s red hair. she must escape to the neighboring land of Clarines. On her way there, she meets Zen, the second prince of Clarines. Shirayuki and Zen start off as friends who work hard together to achieve their goals, and their mutual respect for each other turns into love. Much later on, they finally makeout.

Erika and Kyouya from Ookami Shoujo to Kuro Ouji

The two main characters start a sadistic relationship, but episode 7 finally gets the two making out in an epic turn of events.

Erica is so desperate for validation from her new high school friends that she makes up a fake boyfriend. After months and months of making up lies about her boyfriend, her girlfriends get suspicious and demand to see a picture. So she grabs a picture of this random hot bad boy and she shows it to her friends.

It turns out she didn’t know this guy is the most insanely hot and popular guy at her school. Now Erika got this fake relationship with somebody in her school that she needs to uphold. She is forced into a relationship and asks Kyouya to pretend he is her boyfriend.

The last episode of http://www.Working!! managed to resolve the supporting characters’ relationship in a cute way. We are treated to some nice visuals when they finally makeout in front of Muranushi’s door.

I never saw it coming, Adachi overthinks everything all the time, and Muranushi gets away with everything she says. Adachi is debating if she makes fun of him yet again and gets anxious. So when he was about to leave, he surprised me so much so, that I couldn’t believe he had the guts to grab and kiss her. They end their drama scene with a particularly special and surprising makeout.

Godou and Erica Kiss from Campione!

The only makeout in anime that has the ultimate power to heal. Watching Godou and Erica making out was wild! Erica was drained of her magic and she was dying. Godou had to inject divine protection into her and did so by kissing in the most passionate way possible.

But, he didn’t do that just to empower her, you could feel the love he has and the need to want to keep her alive no matter the cost. Erica could just feel the divine protection in the form of the warmth of Godou. His blessing came up from his lower abdomen, through his mouth, into her, down her throat, and into her lower abdomen. What a nice makeout of power!

Misaki and Usui from Maid Sama!

I watched Kaichou Wa Maid Sama 11 years ago, but I still remember that I almost cried when it ended! The romantic atmosphere, the hypnosis music, really beautiful moments. If you’ve watched this anime from start to finish, this is the most satisfying ending when Misaki and Usui finally make out. Easily makes my top 10 list.

Watching Misaki and Usui’s relationship slowly kindle and ignite into a fire was an amazing experience (and hilarious). All of their experiences together leading up to this final kiss. My favorite part is when she grabs him and he starts getting really confused and flustered because Usui is usually the cool, level-headed MC but he never expected Misaki to actually respond to him.

That is a genuine look of surprise on him and it makes the whole moment all the more touching. The final makeout scene leaves you with a feeling beyond satisfaction. I usually get really annoyed with tsundere but Misaki is one of my favorite female protagonists because she’s not desperate, annoying, or weak.

Even after all these years, some die-hard fans like me are still hopelessly waiting for a second season.

Theo and Siluca from Grancrest Senki

We see this in episode 9 when they seek shelter and are caught out in the rain. Theo confesses to her, and honestly, it’s such a heartwarming dynamic between the two. Their exchange stuck a smile on my face when they made out in that hideout.

I like how at this point before they kiss, the visuals change and look beautiful with the rain in the background pouring down. I love these fluffy moments between them. It’s so honest, and direct. Siluca and Theo were able to make their feelings for each other clearly and straightforwardly.

Hajimete no Gal was somewhat trash Ecchi Harem, but I really liked how Yame and Junichi’s relationship awkwardly progressed. When they make out in episode 10 it is basically where the anime turned into a serious romance, anything after that is just extra.

The two of them making out felt strangely beautiful. The MC Junichi got to know what kind of girl Yame really is. Yame is seen crying, it may have been her first kiss and it was tears of joy. She probably didn’t want Junichi to see her crying not to expose her vulnerability.

Her character is all about putting on a mask and pretending to be an experienced girl, but she’s actually inexperienced. She only went out with Junichi because she wanted to take things slowly.

Subaru and Emilia from Re:Zero − Starting Life in Another World

Ah man, that makeout scene! That progression. That kiss. The feeling of relief and satisfaction afterward. As the music grows and the lights brighten the scene masterfully conveys the deep connection between Subaru and Emilia. Subaru reminds the half-elf that he believes in her and by letting Subaru kiss her, Emilia effectively decided to get pregnant and start a family with Subaru.

I can’t tell if this makeout scene is even more impactful knowing that Emilia thinks kissing would make her pregnant. She totally willingly let Subaru take her V card here if you really think about it. This makes the whole thing even sweeter.

I loved how Subaru’s eyes the whole time reflected Emilia, showing the person who is most precious to him. And then at the end when Emilia’s eyes finally reflected Subaru and she saw what was precious to her. That was so beautiful.

From this point, you know how much she trusts Subaru, even if he broke his promises.

Ryuuji and Taiga from Toradora

This is hands down one of the greatest anime payoffs in history. To finally see the two main characters making out in such passionate intimacy, is a rollercoaster ride every time I watch it.

The hardships in Ryuji and Tyga’s relationships are a cliché of a gradual shift from enemies to lovers, however Toradora! knows how to make it genuine. It is a rom-com, but at the same time in some ways, it’s a comedy, and you get to watch characters grow and develop.

The emotional journey that this anime put you through was so worth it. I absolutely love how even in a romantic situation Taiga still keeps her needy attitude, she wants more, and she gets what she wants. Moments like this, along with beautiful music, are so wholesome and heartwarming. This anime has probably the most believable characters ever. 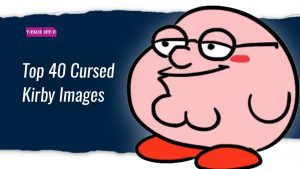 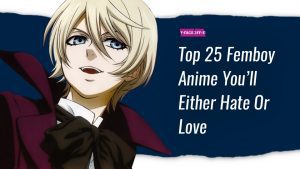 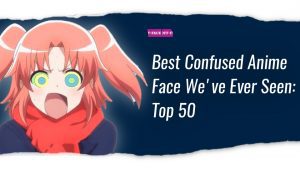 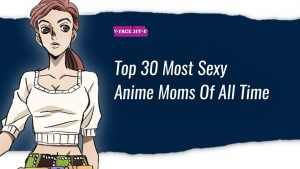