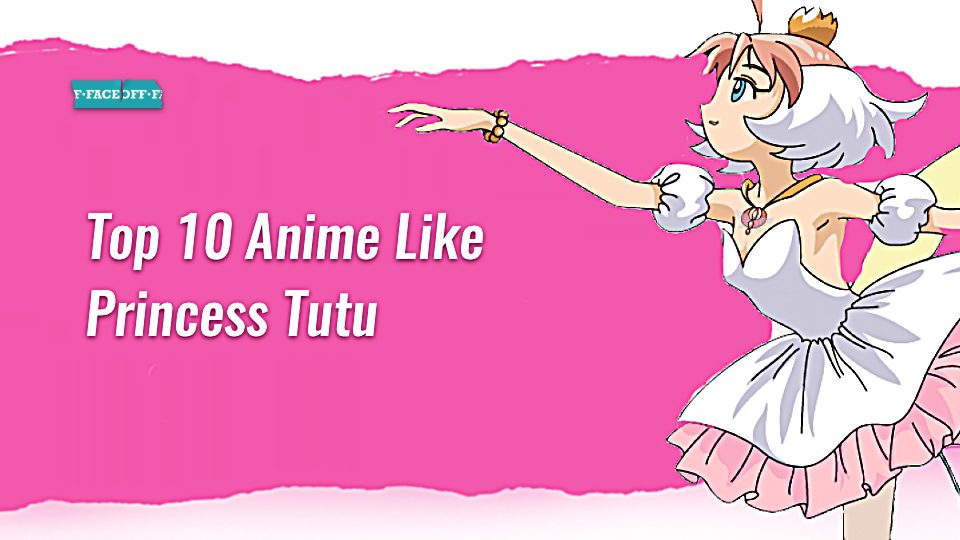 Princess Tutu is a sweet, beautiful, funny, and sad Mahou Shoujo anime. Ahiru (Duck) and the relationships she developed really draw me in. I really love a good modern fairy tales that disrupts the familiar traditional magical girl cliches. Everything about this anime was high quality, from the animation to the soundtrack.

So, if you enjoyed Princess Tutu and how it skews from the typical shojo romance, then I have a list of my top 10 favorite Anime Like Princess Tutu, that are close in real relationships with a dash of magic themes. Here we go!

Mahou Shoujo Madoka Magica is set in a place where any girl can fulfill any wish she wants, using a magical creature named Kyuubey. But, the price for becoming a magical girl is to fight powerful witches.

The protagonist Homura, is in fact, a magical girl who can travel in time; She uses her magic to try to save her friend Madoka from death or from becoming a witch. She repeats the same month, and the same period of time over and over again, from the day she was released from the hospital until the battle against Walpurgisnacht.

Mahou Shoujo Madoka ☆ Magica has left such a huge impact on viewers that it is no longer possible to look at an anime like Princess Tutu in the same way as we looked at it before watching the hallucinatory psychological thriller.

The magical thriller was very revolutionary when it stormed into the Mahou Shoujo scene, suddenly it’s not so cool and fun to be a magical girl anymore, and not everything is always pink (despite the iconic color of the main characters of the series).

The metaphysical, surreal, and allegorical shojo series is about two queer pink hair women finding each other and casting off the world that entraps them, a revolutionary anime concept back when it first came out. Utena Tenjou is a kind and intelligent girl with purple hair, studying at Ohtori Academy.

She meets a prince who changes her life, the meeting made a life-changing impact that she wishes to become a prince, not a princess. One day when she tries to trace the prince, she gets caught up in a strange sword-fighting competition played by her fellow middle- and high-schoolers.

As Utena attempts to defend her friend, Anthy, from the abusive vice-president of the student council, the stakes become higher and the game more dangerous.

Shoujo Kakumei Utena shows the hatred and consequences of toxic misogyny, abuse, and the way people can find themselves oppressed. But it doesn’t fall into the familiar Shoju patterns, which makes it unique, and defiantly worthwhile to watch. Both anime tackle some complex issues, twisting the definitions of relationship and what it means to discover yourself or to grow up.

The josei anime tells the story of a 15 years old magical girl named Sora Naegino, who dreams of becoming an acrobat for the famed and prestigious Kaleido Stage circus.

Sora is late for auditions because she came across a thief on the street, but luckily the cast and the circus manager recognize her skills watching her trying to catch the thief, allowing her to work on the Kaleido Stage. Sora also meets the stage spirit clow Fool, who helps her in moments of crisis.

It is said that the spirit only appears in front of talented people who have what it takes to become stage stars. The clown reads tarot cards, he predicts Sora’s fate in every episode. But that does not mean that fate cannot change. Sora is always able to change it at any moment. This is how Sora tries to succeed with the help of her skills, acquires new friends, and tries to fulfill her dreams.

Kaleido Star is a wonderful anime series to watch that just puts a huge smile on your face. It goes less towards Princess Tutu‘s dark side, it’s a colorful happy anime. That does not mean it doesn’t have quality drama moments as well. Every character has a dream, and with how clichéd, corny, and tropey it sounds, it works. It makes it quite a fun and relaxed experience to watch.

A sweet Japanese rom-com comedy josei about love and classic music. Chiaki is a middle-aged man who works hard to become a composer, but he is stuck in Japan away from his dream. He meets an Ahiru-like girl named Nodame Cantabile, a musician who has a big raw talent for playing piano, when she plays it sounds as if she is singing.

The anime which was adapted into a live-action Japanese romance drama shoes the hardship of adulthood trying to balance career aspirations and personal goals with relationships. Everything in this anime is superb, it’s filled with a lot of blossoming romance, and you just want to keep on clicking for the next episode wondering what’s going to happen and how will their relationship progress. You get to hear the wonderful pieces played – and the soundtrack is to die for.

14 years later, Juliet and the rest of the survivors live in secret to hide from the Montague family, during that time, Juliet almost forgot the murder of her family. She now dresses as Odin and becomes the “Red Whirlwind,” a masked vigilante seeking Justice. One day she goes out to meet Romeo, the nice handsome son of the head of the Montague family, and they fall in love!

One of the best versions of Shakespeare’s famous play. Be prepared for an emotional rollercoaster. It takes the familiar elements and sets them on fire mixing in political feuds, cross-dressing females, and weird magic. An absolute joyride!

A modern fairy tale story that brings together Cinderella, Snow White, and the magical girls genre. Himeno Awayuki discovers that she is the magical princess who will help save the world from destruction along with the seven knights of the world. But she is also a girl with a stepmother and sisters straight out from hell.

The anime is a crossover between Revolutionary Girl and Princess Tutu, and while it is not as good as Princess Tutu, the anime has a lot to offer. What the anime does do well, however, is undermine some of the typical tropes of the genre. It has lots of different magical girl outfits, which I love, and they all looked great. Perhaps my biggest complaint is that it’s too short.

Sakura Kinomato was an ordinary fourth-grade girl – who loved gymnastics and hated math until one day while rummaging through her father’s library, Sakura finds “The Clow,” an enchanted book, which was supposed to contain magic cards. When she opens the book, however, Sakura discovers that it is empty.

What a disaster! Keroberos, the Beast of the Seal, and the keeper of the card book materialize from the book cover and tells her that the cards must be returned to the book or else terrible things will happen. Keroberos signs a contract with Sakura and appoints her as the card catcher along with her good friend Tomoyo. The magical girl embarks on a journey to capture the cards before they can wreak havoc and destruction.

This Mahou Shoujo anime has it all, powerful wizards, magical cards that kids back in the 90s collected joyfully, magical spirits, and elves. However, it’s one of those animes people love to bash and criticize.

8. Full Moon wo Sagashite (Searching for the Full Moon)

12 years old girl Kouyama Mitsuki, has a dream of becoming a famous singer. She made a deal with her childhood friend, Eichi Sakurai, to fulfill each other’s dreams. Eichi wants to become an astronomer. Kouyama is in love with Eichi, but before she reveals her true feelings, he moves to the US. Kouyama wishes her singing will reach him across the globe within the day of the full moon. However, she has been diagnosed with throat cancer, and she can barely sing.

One day, she is visited by two shinigami (death gods) and is told that she only has one year left to live. Mitsuki is offered a choice to become 16 years old and be able to audition in a singing contest. She makes an impact on the judges who jump-start her music career. But now she has less than a year to live, and her dreams have drastically changed.

Full Moon wo Sagashite is an anime made for kids, but it contains the harsh reality, that is usually kept away in animated series. It doesn’t portray a pretty picture of perfect smiles, or perfect life. It teaches children how to deal with death, and to appreciate each moment they have.

Yucie, is a cheerful aesthetic girl who dreams of becoming a Platinum Princess, but she was cursed to be trapped in a ten-year-old body. She has never let her curse get in the way of living a happy life with her doting adopted father (a retired knight). One day Yucie gets a chance to fulfill her dream when she is accepted (by pure chance) to the prestigious Princess Academy. The academy where royalty attends to learn the arts of magic, dance, and music. There, she hopes to become the legendary Platinum Princess, who is chosen every 1,000 years.

Yucie, along with the four other Princess candidates embark on an epic quest to obtain the Eternal Tiara! The road ahead is full of dangers and odds but this is one future princess who won’t give up so easily.

There’s a positive message about female friendship and the complexity of relationships in this anime. It gives a realistic picture of what it means to be royal when all the excitement ends. This anime is like Princess Tutu If you love cute girls, magic, and fluffy fun, this one is for you.

The 1997 anime is a series of still images with music and spoken lines. It is a story about humans and demons fighting a bloody war. The war ends when the Queen uses magic to protect the world.

A young orphan named Hamel travels northbound towards the continent of demons in order to prevent a great disaster. He would become known to play his violin to invoke the magic within the music.

A cheesy anime playing on stereotypical Japanese hero fantasy of the 90s, in a weird way that’s exactly what makes it so enjoyable, but only if you are an avant-garde person.