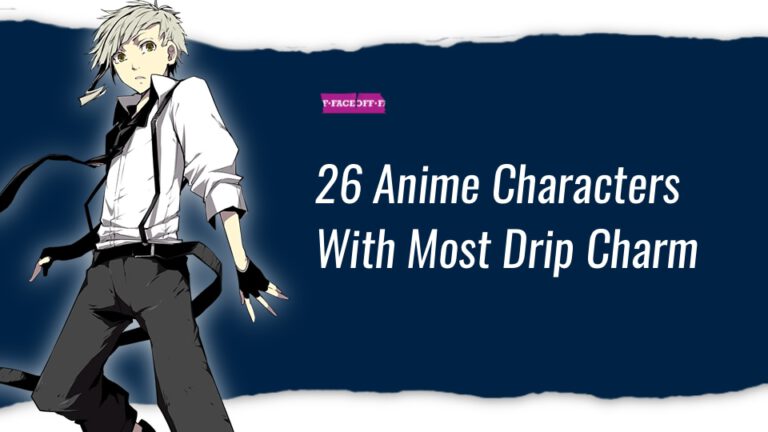 26 Anime Characters With Most Drip Charm

Drip original meaning was to satirize brands’ heavy use of flex culture. But social media made it a popular slang that refers to ‘exudes charm’, ‘fresh and fly’. In essence, it refers to someone who is extremely fashionable with an edge without sweating it too much.

In anime terms, any character can drip if they look good, it’s applied to characters with outfits that drip of style. It’s also just funny seeing Goku wearing a supreme t-shirt. Let’s check the ones who are at the top of their games.

I have to give it to the Joestar family, they have the best dressed for style characters that keep up with current cultural vibes. But if I had to choose one it would be Joseph. His tight outfit and matching gloves always have that drippin vibe.

Kaneki’s evil grin, his eyepatch that uncovers one ghoul eye, no one can deny he has a savvy style. From a sweater guy prone to a charismatic leader wearing all-black combat gear, he is one the best-dressed characters you’ll find.

Caps, gloves, jackets, Ash is one of few characters who can pull it off every time so well. In terms of style, Ash makes everything looks cool.

His appearance has come a long way in the Pokemon anime series. Ash’s fashion journey is that of a champion.

I just miss his gloves, they need to make a comeback!

Subaru has an advantage coming from a fantasy world, he can go wild with his zipped-up tracksuit that matches his black trousers, it looks so good with the orange line running down the sides.

‘Cult Killer’ got quite a few of them, they aren’t the same material as the original, but they look the same.

5. Katsuki Bakugo from My Hero Academia

Katsuki can make any sloppy vintage jackets look slick. His long sleeve t-shirts and baggy trousers are a perfect fit. Anything he matches fits so exquisitely well, even vintage sweaters would look fresh.

See relevant: 30 Crazy Anime Girls You Got To Love!

Kintaro is an 80’s animated fashion icon! I love the innovation and colors in his character design since childhood. Golden Boy has had top-notch looks over the years. Kintaro gives off a mature adult appeal which made him more refined and sophisticated. He is the best dressed by anyone in the series.

Wonder Egg is so surreal and beautiful with a slippery approach to fashion and tone.

Every time Ai wears her golden yellow hoodie I just want to pinch her cheeks and give her a big hug. She is so cute with her yellow sweatshirt.

8. Ryoma Echizen from Prince of Tennis

Ryoma’s Fila hat is iconic, he has a wide range of sportswear and even got a 3d version tennis outfit which looks pretty wild with purple stripes that makes it casual yet sporty.

Voltron Force stands out with a mix of Japanese and Western influence. The hybrid anime shines on Lance’s stylish mecha blazer.

Kurozuma is the biker badass that makes drinking milk cool. He is most notable for his red hair, tattoo, and black leather appearance.

Zanac was the owner of a clothing brand, Fashion King Zanac. He’d made a name for himself all over the continent as a wedding dress designer and a pioneer of fine style. And indeed he is one of the best-dressed characters in anime, just look at his attendance scarf!

Whenever we get to see Sanji change clothes, in One Piece arcs, that’s when his vibe looms freshest. He has had the best suit since day one, and every outfit he’s been in just has this dapper aura to it. He looks so good in a white jacket and his mad rings!

Somehow the clothing that Gilgamesh dresses to blend in with society do the opposite they make him look like he walks in gold. Everyone looks like a street cat in comparison.

Bleach is famous for keeping up with the times in style. Creator Tite Kubo needs to start a fashion brand because Ichigo is on a completely different level especially when it comes to transformation.

15. Solomon from Devils and Realist

The yaoi anime has a bishonen vibe that gives Solomon a very stylish appearance. He wears a cape-like cloth of white, called a ‘mantle’ that he loves to show off as a status sign of his high position.

Lancer is a blue-haired, red-eyed man who dresses up in the most bling deep full body tight and a metal plate over his lowest abdominal section. He is one stylish character I really dig.

There’s no denying that the orange hair guy is a fashion icon.

Shotaro’s sense of style gives off that reddish swank energy. His futuristic, high-tech biker jacket is an eye-catching feature of the anime series.

I’m a huge fan of the 80’s American action sci-fi movies, and Geist is the embodiment of testosterone sauce. The iconic shades give Geist a dangerous bling edge.

Ainz is the last thing when you think about style, but the Supreme Being’s clothing selection is pretty diverse for a skeleton villain! He carefully dressed up in a boxer rope for his killing spree wearing only pants under the robe. Oh, and his neck collar is a magic item.

20. Brandon Heat/Beyond The Grave from GunGrave

With a badass long black coat with a red cross and a huge coffin on his back, a cowboy hat that hides his scars, an eyepatch, and huge pair of guns, Brandon is one of the most steez characters in anime.

Ciel’s gothic styles are phenomenal, he has that well-groomed classy noble standard.

Elias’ sense of fashion is quite fab, not a lot of people can pull off a horned wolf skull to match with a three-piece aristocrat suit.

Atsushi is all about black and white, every piece of clothing item matches perfectly, and he manages to bring fingerless gloves back into fashion.

No one can ignore Ryuko, especially in her skin-exposing Junketsu. She will stand out from the crowd wearing high hills, sneakers, and a sailor school uniform. Red always looks lit when it matches her personality.

Killua’s wide range of styles is why I adore this character. That turtle neck and fighting baggy pants combo is a heat. Killua could be wearing tattered clothes and still make them look fresh.

There’s something about Spike’s long coats that match his world-weary lifestyle. How drip is spike? Well so much so that a known Fashion retailer teamed up with Cowboy Bebop to recreate his iconic outfit. 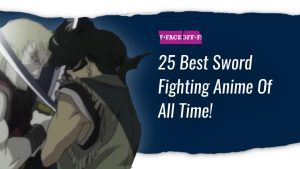 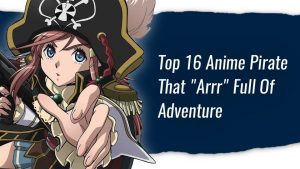 21 Cringy Anime That Will Make You Flinch 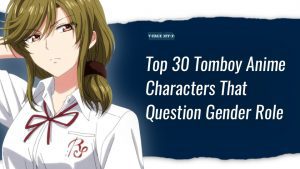