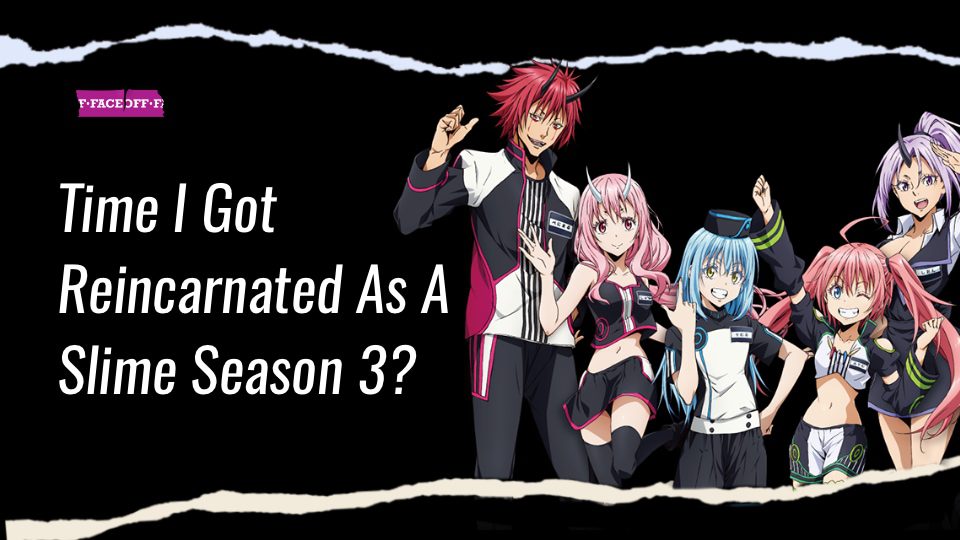 Tensei shitara Slime Datta Ken is based on one of the most famous light novels. The light novel itself was very popular so it was expected that the anime would also reach the same heights of success. In this article, we are going to check various resources to confirm That Time I Got Reincarnated As a Slime season 3 release date.

The anime is part of the Isekai genre that involves the transition of characters from one world to another. With the debut of That Time I Got Reincarnated As A Slime, (TenSura) the popularity of Isekai and other related genres skyrocketed, which shows the awesomeness of this anime.

This was the first anime that featured the transformation of a human protagonist into a low-class slime monster.

The show recently got a second season and it left fans thirsty for more. Ever since season 2’s finale fans are looking forward to the third season.

That Time I Got Reincarnated As A Slime Season 3: Everything We Know So Far

Update: Season 3 of ‘That Time I Got Reincarnated as a Slime’ is expected to premiere in mid-2023.

The whole journey of That Time I Got Reincarnated As A Slime is filled with various twists and turning points. Our beloved slime Rimuru Tempest has gone through almost every kind of situation, ranging from extreme sadness to extreme happiness.

The life of Rimuru went through a drastic change when he got killed by a random assault, only to be reincarnated as a slime in a fantasy world. In a series of events, he ended up becoming friends with various monsters and humans.

Rimuru’s goal of creating a peaceful country for monsters is one of the changes that Fuse did to the storyline for the anime production. At first, Rimuru decided not to fight with humans and instructed his subordinates to do so as well, but his naive thoughts led him to tragedies.

After becoming a demon lord, he decided to protect his beloved ones even if it meant conflict with humans. The events featured in season 2 have compelled Rimuru to re-evaluate his friends and foes.

Possible Storyline Of Time I Got Reincarnated As A Slime Season 3?

The official synopsis for That Time I Got Reincarnated As A Slime Season 3 is not yet released. However, the good news is that the anime is definitely coming back with a new season. Season two was a huge success, and producers were already planning TenSura season 3 when the second season was still airing.

The events featured in season 2 of the anime give some hints and theories about the possible plot of That Time I Got Reincarnated As A Slime Season 3. Although our protagonist Rimuru is celebrating the defeat of his long-known enemy Clayman, he also admits that Clayman is only a pawn and another mastermind is behind all this mess.

The man behind all this scheming is none other than Yuuki Kagaruazaka, a genius summoned from the earth just like Mikami Satoru (Rimuru Tempest). Yuuki’s true intentions and goal are not very clear at this point, but one thing is certain, he is definitely going to disturb the peace of the world for his motives.

Hinata Sakaguchi, a young powerful knight serving the Holy Church, might have a major comeback in season 3 as a potential antagonist. So, it will be safe to say that more fearsome foes will emerge in season 3, and Rimuru will be forced to take action for better or worse.

That Time I Got Reincarnated As A Slime Season 3 release date?

However, considering there was a gap of 1 year between season 1 and season 2, we can expect season 3 in early 2022. The most expected month for the airing of season 3 will be April or maybe May 2022.

Will TenSura Season 3 follow the Manga or Light Novel?

The first season was released in the fall (October) of 2018 and continued to the spring (March) of 2019. The first season covers the content of the light novel storyline up to volume four and manga chapter 53 (Approximately).

The second season is split into two courses, the first course was released in the fall of 2021 (January) and continued to the spring (March) of 2021 same as the first season.

That Time I Got Reincarnated As A Slime Season 3 is most likely to cover the contents of the light novel up to eight and ten volumes because the arcs are quite long in these volumes. If you want to get an idea of the story, then your best guess would be volumes 8-10 of the light novel.

How Many Episodes of Time I Was Reincarnated As a Slime?

The fantasy anime series made revenues of billions in product sales. The overall estimated revenue (the actual number is higher) in 2018 is 3.2+ billion ¥, ranked No. 10 in 2018 series overall revenue.

This is a total of CD + Manga + LN sales, without any BD/DVD sales (not released in 2018), digital media (online manga subscription, each game, etc), and other merchandise sales. The number of the light novel and manga copies sold is unknown but judging from the popularity and sale, the number will be in the billions.

The most sold items are exclusive items that featured Rimuru and cute girls (Shuna, Shion, Milim Nava, etc) of the series. The Blu-Ray DVD of Time I Got Reincarnated As A Slime Series is one of the most expensive Blu-Ray DVDs (18,000 ¥) in the whole market because of its popularity and demand.

Historic Timeline For That Time I Got Reincarnated As A Slime

The history of That Time I Got Reincarnated As A Slime is quite similar to a lucky draw. Fuse, a mysterious man, is the creator of this anime.

Basically, he wrote a light novel that featured his creative imagination and thoughts. Fuse published it on a famous Japanese website called Let’s Become Novelists in 2013, and miraculously the novel became very popular within days, followed by a manga adaptation under Kondasha’s Monthly Magazines in 2015.

The success of this manga adaptation enabled the production of Tensei shitara Slime Datta Ken.

Fuse made several changes to the storyline of manga to feature the main aspects and themes in the anime series. The entire series is produced by the well-known Eight Bit Studio.

That Time I Got Reincarnated As A Slime like other anime, is the result of the hard work and dedication of people involved in the production. The quality animation from the Eight Bit Studio grabbed our attention from the very first episode.

Each person’s role and contribution to the series is definitely important and unforgettable. Let us uncover the names of the heroes behind this marvelous anime series.

Is Tensura a good anime?

Tensei shitara Slime Datta Ken managed to claim a good rating throughout the entire series on one of the biggest anime and manga platforms known as My Anime List (MAL).

Like all anime series, That Time I Got Reincarnated As A Slime suffered some minor criticism from some fans because of various factors, but overall the impact and influence of the series remained great throughout the airing period.

The reviews on Mal about That Time I Got Reincarnated As A Slime, on average, were great as expected.