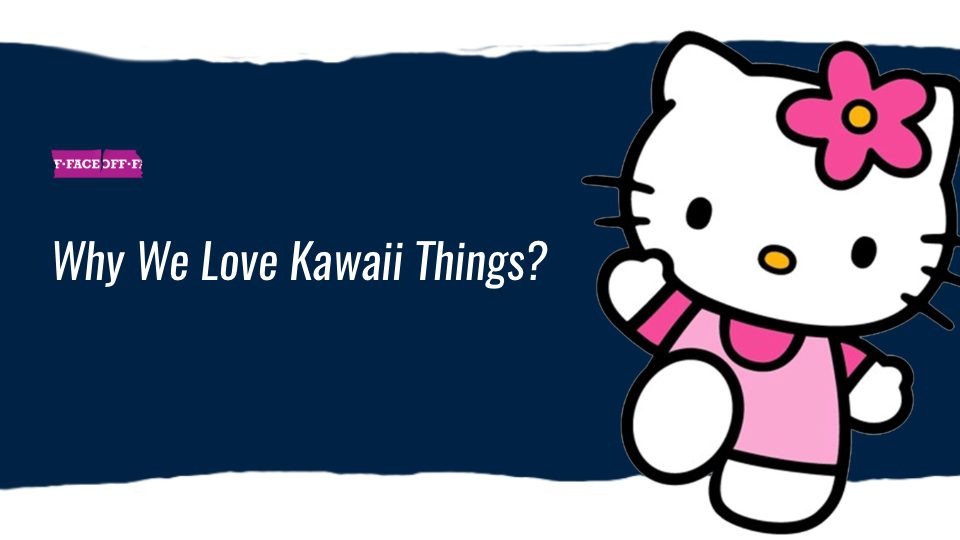 Almost every preschooler goes through a “princess” period that includes a fondness for everything pink, sparkly, or Hello Kitty! When I grow up and it was time to pass on my kawaii toys I really had a hard time departing from every cute item that had to do with Hello Kitty There was something about them that charmed me, and eventually tempted me not to throw them away those kawaii things at all. As an adult, this phenomenon arouses my curiosity because I couldn’t find in the history of ancient Japan before it became modern, evidence of a special fondness for Kawai things. So, what’s the point of all this Japanese cuteness? After investigation and research, I found that this is a government policy aimed at improving the image of Japan in the eyes of the world, and even more than that, there is a marketing strategy called “Soft Power” that aimed to change the image of Japan for export purposes.

Hello Kitty, a cat character without a mouth, is a symbol of female cuteness in Asia and the world, according to an article from 2009, by Christine Yano – an anthropologist and a world-renowned expert on Hello Kitty, the intentions of the founders of Hello Kitty were always global. Hello Kitty was the Japanese version of the well-known American mouse Mickey Mouse. While ancient Japan was presented through the warrior masculinity of samurai and pious femininity wrapped in kimono in an atmosphere of high aesthetics, the new branding of young Japan after World War II was now presented by girls wearing pink or school girls in uniforms. These are illustrated fantasies of animation that offer a feminine, soft and playful image that is embodied in one word and that is – Kawaii.

The Meaning Of Kawaii in Japanese Culture

Although the word Kawaii translates as “cute, chubby, and/or clumsy”, it has a broader meaning that includes not only fashion but also behaviors and in fact, it expresses a certain lifestyle. If someone chooses to be Kawaii they will not only change their clothing style but also their approach to life. The Kawaii lifestyle also has sub-genres that have developed like any culture.

Kogal is a subculture in Japan that is associated with school girls who wear an outfit that traditionally includes a miniskirt, loose socks, and a scarf. The subculture is also associated with a certain style of speech and behavior, as well as an interest in fashion and consumer goods. The term “kogal” is believed to be a shortened form of the Japanese word “kōkōsei gyaru” which translates to “high school girl gal.” The subculture emerged in the 1990s and has since evolved and declined in popularity.

Yummy-Kawaii is a term used to describe a specific style of fashion and culture that originated in Japan. It is a combination of two popular Japanese cultural trends: “yummy,” which refers to a kawaii style. Yummy-Kawaii fashion is characterized by its playful and cute design, often featuring pastel colors, oversized clothing, and a focus on accessories such as bows, ribbons, and stuffed animals. The style is often associated with young women and teenage girls and is seen as a way to express individuality and creativity while still conforming to societal expectations of femininity. The term Yummy-Kawaii is also associated with beauty, food, and lifestyle products that are cute and visually pleasing.

It’s worth noting that Yummy-Kawaii is not a widely recognized term, and is not a commonly accepted fashion trend or cultural phenomenon, but it could be used by some people as a way to describe a specific style or aesthetic.

Mori Girl, a sort of Japanese Holly Hobby version, is an American village girl from the 19th century, a small house on the prairie, the pioneer period in America. This kawaii style also includes crafting objects from a romantic ideology of returning to a pre-industrial era.

The enormous popularity of the kawaii style outside of Japan raises the question of what is cute actually and why we like kawaii things and are willing to spend a lot of money on them. Is cute also good or is there a dark side to cuteness? When we look for the roots of admiration for Kawai things, the word did not exist until the beginning of the 18th century. Cute characters of the type we are used to, appeared around the beginning of the 20th century, with babies being the model for cuteness. These included details such as big cheeks and big eyes, chubby cheeks, large low-set eyes, a high forehead, a small nose and jaw, and chubby and clumsy arms and legs.

Companies like Sanrio that market Hello Kitty and other kawaii characters realized that cheap products sell better when a cute girl character adorns them. The volume of sales of Hello Kitty products each year is about five billion dollars. The Hello Kitty brand is not without criticism, both from a feminist academic (a cat girl without a mouth) and from a consumer (addiction of small children to products), so the Japanese government decided to intervene in the development of the kawaii things, after adopting cuteness as a reflection of its national character, just as the tea ceremonies or the cherry blossoms were perceived In the past as symbols of the Japanese nation.

After World War II, Japan preferred to be defined by its rich and ancient culture. For this purpose, the Cool Japan project was born, which is a government project that supports products and services that represent unique features of the Japanese lifestyle and culture: products that are either cute or traditional or modern in a different way, and more on that later. Kawai things like Hello Kitty, rice paper products such as washi tape, bonsai trees, Japanese food, bento lunch boxes, manga, anime and cosplay costumes/costumes of cartoon characters, animated films, Japanese pop music, and Japanese architecture, art, and fashion.

The government’s cultural export strategy is the responsibility of the Japanese Ministry of Industry and Economy, with the goal being to promote “creative industries” in Japan and abroad. These industries have a share of 2 trillion yen in the global market that was supposed to reach 900 trillion yen in 2020, the year of the Olympics in Japan, if not for the Corona epidemic.

The kawaii culture is heavily expressed through anime, as it is a popular and influential medium in Japan. Many anime series feature cute and innocent-looking characters, often with large eyes and small noses and mouths, which are considered to be kawaii.

Kawaii culture is closely tied to Japanese society’s emphasis on cuteness and innocence as an ideal for femininity, as well as the concept of “cute” being used as a form of escapism in times of stress or uncertainty.

Anime provides an opportunity for creators to visually express the kawaii culture, and also allows a wide range of audiences to connect with it. The cute and innocent-looking characters, and the themes and messages they convey, can evoke emotions of nostalgia and positivity, which contribute to the appeal of kawaii culture.

Recently, a subgenre has been created in the field of kawaii that represents an overdose of literal cuteness. The market for young women is already saturated, so in an effort to stand out, new sub-genres of cuteness combined with different elements have arisen, such as Kimo-Kawaii, “cute-repulsive”, or Yami-Kawaii where the word Yami means sick.

The question is what is the limit of kawaii? Could Japan be perceived by the world as childish and superficial? Kitsch? Japanese cuteness is linked to a female position born out of passivity, ranging from a schoolgirl to sexy lolita. The fact that everything can go through a process of localization has difficult consequences, especially when it concerns the fields of history and politics, immoral phenomena, etc. For example, fanservice women are presented in a cute and weak way, in an inferior position that borders on soft pornography that legitimizes aggressive behavior towards women and violence.

On the other hand, the international Japanese artist Takashi Murakami calls Superflat Art an aesthetic influenced by digital technology and Japanese animation. Cuteness is asexual, free of deviations and “dirt” and based on a clean aesthetic of pastel colors and soft lines. It represents a new morality, a new perception of the world similar to the attitude of Marie Kondo who loves bright colors and modest clothing. Japan offers the West a quieter life of forests and temples and also more kawaii in the sense of animated pop culture.

See Recommended: 11 Chibi Base Ideas To Inspire Your Drawings