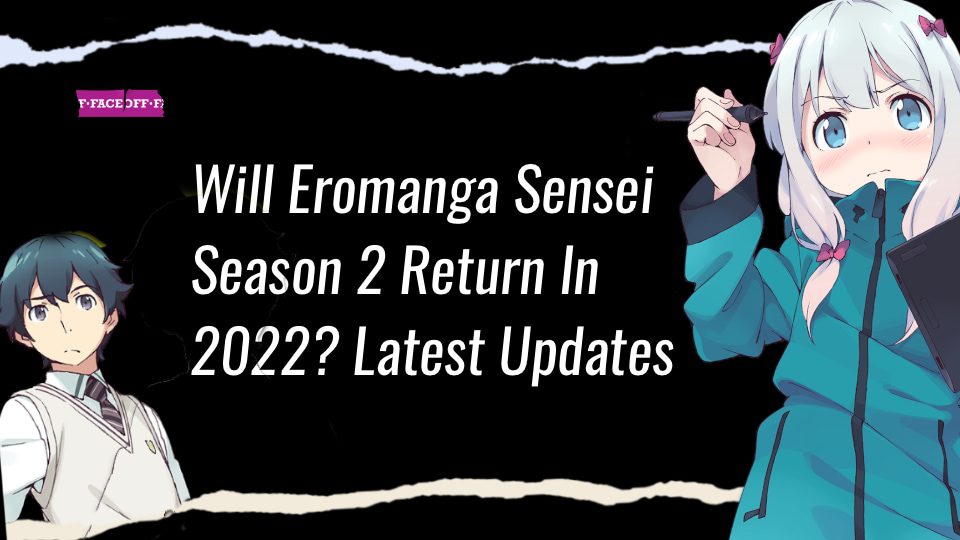 Eromanga Sensei is one of the best ecchi harem anime with a bit of a unique setting, unlike the traditional romance stories. The entire plot and theme of this anime are quite bizarre. Today, we are going to use various resources and hints to answer your question of whether Eromanga season 2 is confirmed not?

The anime series features a complex relationship between a brother and sister and tries to wrap it up around the romance genre. However, when people actually saw the anime they realized that it wasn’t bad at all and had a lot of entertainment value.

Ever since Eromanga Sensei‘s final episode in 2017, fans have been confused about whether there will be a second season or not. The anime became popular very quickly particularly due to its main storyline.

Eromanga Sensei Season 2 everything we know so far

The plot revolves around a young student aspiring to become a famous light novel writer while taking care of his beloved shut-in gamer step-sister.

Masamune Izumi won a light novel competition in middle school that motivated him to choose writing as a career. Despite being a talented writer, he suffers from late submissions and rejection because of various problems in his writings.

On the other hand, his illustrator, known by the name Eromanga is none other than his beloved step-sister, and Sagiri Izumi.

However, the teenage life of Masamune hasn’t been very easy as his parents died, and his step-sister ended up shutting herself in the room because of the trauma.

One thing is known for sure, Masamune will eventually become a famous writer as more and more prodigy writers of his age are entering his life as potential lovers, although Masamune has feelings only for Sagiri.

The official plot for Eromanga Sensei Season 2 is not yet released or announced. The first season manages to survive with a moderate rating and there are chances for the production.

The events featured in season 1 and OVA Episode give us some hints about the possible storyline.

However, the two of them must choose a path, or they will both suffer. Their “professional relationship” as writer and illustrator is also at stake.

In my opinion, the possible storyline of Eromanga Sensei Season 2 will revolve around the choices of the main characters with their future at stake. They must come to terms with their feelings and either express them or suppress them for the rest of their life.

Masamune must also confront the feelings of his female friends like Elf Yamada and Muramasa Senju to avoid regrets in the future. In short, the plot for the second season is definitely going to be very interesting and intriguing for worldwide fans.

Will there be a season 2 of Eromanga Sensei?

The possible release date for Eromanga is another debate. However, considering there was a gap of 2 years between season 1 and OVA Episodes, we can expect season 2 in the year 2022 or maybe 2023.

The release date for Eromanga Sensei Season 2 is difficult to hint at because the production committee hasn’t announced a single thing that can give us a prediction about it. However, still, the chances for a second season are bright and promising.

The first season of Eromanga Sensei was released in the spring (April) of 2017 and continued to the summer (June) of 2017. Season 1 covers the contents of the light novel up to volume 3 only.

It also covers some cut-off content from volume 7, while the OVA Episodes released in the year 2019 cover some exclusive content from the light novel that wasn’t included in season one.

As of this moment, there are a total of 12 volumes of the light novel. There is more than enough content available for season 2 of Eromanga Sensei. The abundance of available volumes is another good thing that encourages producers to take a chance for season two.

So if you want to guess the story of Eromanga Sensei Season 2, then you might need to read volumes 4-12 of the light novel. Based on the previous season and OVA episode we can make a faint guess that the second season of Eromanga Sensei will cover the volumed proceeding volume 3.

It is safe to say, Tsukasa’s notable career as a light novel creator started with the debut of OreImo. The success of OreImo led him to make another light novel with the name Eromanga Sensei that featured the struggle of young writers having a passion for light novels.

Tsukasa also claimed that the setting in the anime and storyline comes straight from his imagination, not from his real-life experience (Obviously).

Eromanga Sensei didn’t get much popularity as compared to OreImo, which caused problems for Tsukasa and his team. Eromanga Sensei combines the comedy, drama genre with romance to create a storyline that is funny and serious at the same time. The production studio of Eromanga Sensei Series is one of the best animation studios known by the name A-1 Pictures.

How many episodes does Eromanga Sensei ova have?

The series certainly made revenue of millions from anime, manga, and exclusive items. The light novel Eromanga Sensei was more popular than anime because of the detailed storyline and development of characters.

Most of the revenue comes from the sales of Light Novel copies and exclusive items.

Talking about the anime, the first season sold around 7,500 blu-rays on each disk on average, while the OVA sold more than 11,000 copies. Light novels are also selling well, with each volume selling approximately 25,000 copies.

The light novel copies that are sold to this moment are more than 1,600,000 in figures. There is also a lot of merchandise, particularly figurines, created for the Eromanga Series.

Eromanga Sensei, like other anime, is the result of the hard work and dedication of people involved in the production. The top-notch quality animation from the famous A-1 Pictures Studio grabbed the attention of viewers from the very first episode.

Each person’s role and contribution to the series is definitely important and unforgettable. Let us uncover the names of the heroes behind this anime series.

Eromanga managed to claim a moderate rating throughout the entire series on one of the biggest anime and manga platforms known as My Anime List (MAL).

Like all anime series, Eromanga Sensei suffered some criticism from some fans because of various factors, but overall the impact and influence of the series remained good throughout the airing period. The reviews on MAL about Eromanga Sensei, on average, were fine as expected.