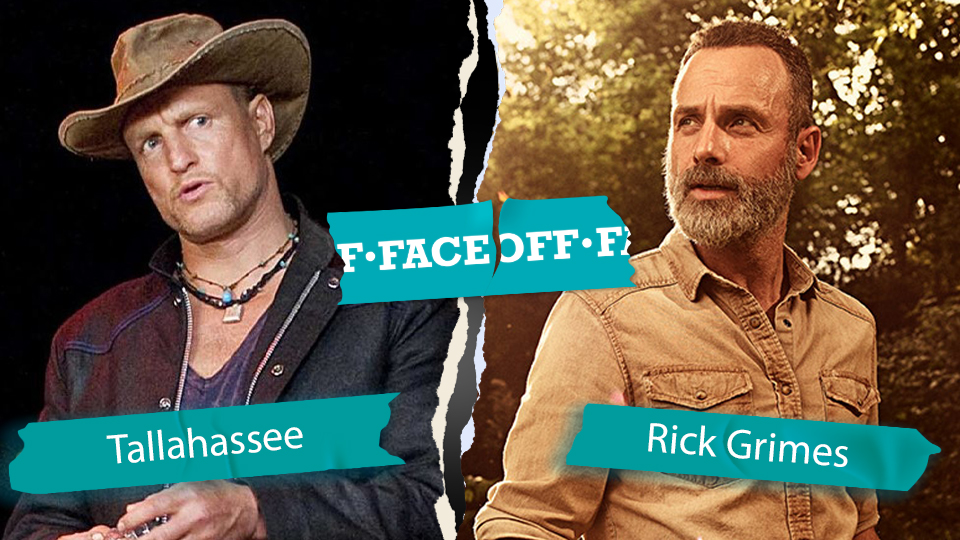 A viral epidemic ravages the world, turning people into moving corpses! Now it’s your job to turn the undead into plain old dead. All you have to do is aim for the head and strike! Or you can always join one of our zombie killers survivalists. They’re charismatic and brave, and they can kick zombie butt. In this poll, we face off the 10 toughest and the greatest zombie killers out there.

It happened! Zombies are upon us! You gotta keep yourself safe and that means joining a group. Whose ragtag community would you join, Rick Grimes (Walking Dead) or Tallahassee (Zombieland Movies)?

Zombies have infested the summer camp! Your kid managed to contact you from somewhere inside–he’s still alive. Who would you pair up with to bust in and save him? Alice (Resident Evil, movies) vs Cherry Darling (Planet Terror, movie)

The government has issued a mandatory quarantine following a zombie outbreak. Which of the below would you prefer as your roommate during the closure, Josh Wheeler (DayBreak, TV series) vs Shaun (Shaun of the Dead, movie)?

You’re being sent to investigate a small town that has been quarantined due to the spreading of a suspicious virus. Who would you take with you to investigate, Gerry Lane (World War Z) or Private First Class Edward Boyce (Overlord, 2018 movie)

They each have a loved one that is trapped among zombies. Who would you bet on to rescue their loved ones first? Rose (Black Summer, TV series) vs Jim (28 Days Later, movie)