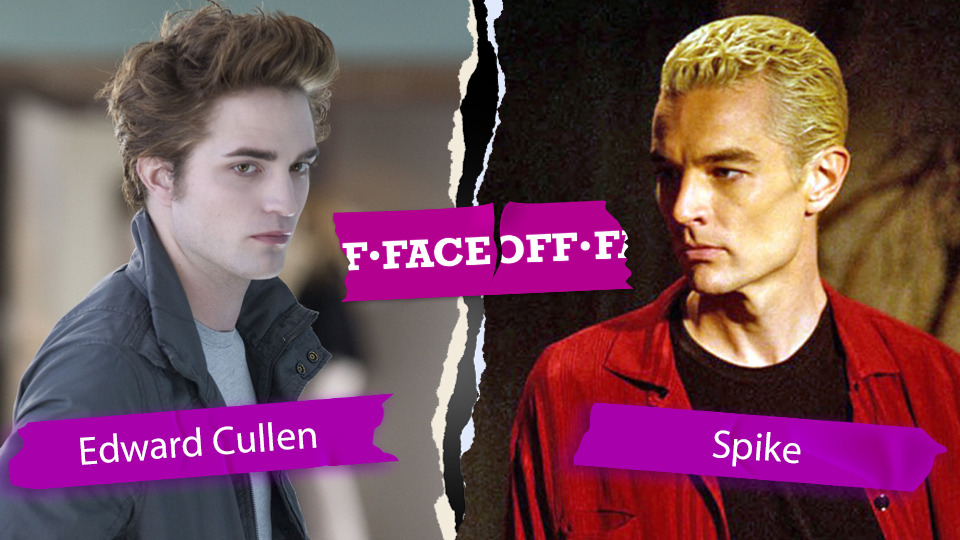 Vampire vs Vampire! In this battle poll, we faceoff those who turned into dreadful bloodsucking vampires, whether by choice or against their will. It’s the ultimate movie and tv series vampire poll! Have you ever considered what you would be willing to trade for eternal life? Some may think that a vampire’s life is appealing, but to us, maintaining eternal life in solitude by feeding on humans doesn’t sound all that great. Not to mention they can’t go out during the daytime.

Two new kids have just joined high school. Kinda weird, but hey, it could be worse. Who do you befriend for a more interesting high school experience, Twilight’s Edward Cullen, or Buffy’s Spike?

Headlining today’s UFC match: The ultimate vampire vs. vampire the most badass vampire slayer. Two will enter the octagon but only one will survive! Who emerges victorious? Count Dracula (Dracula, TV series Netflix) or Blade (Blade, film series)?

The vamp slaying business is a profitable one and let’s face it, you could use the cash. Which badass vamp slayer do you partner with to get started? Vampirella (Vampirella, movie/comics) or Selene (Underworld, film series)

If your mom insists on getting a new boy toy it should at least be someone who can protect her properly. Who do you prefer as your mom’s new boyfriend? Stefan “Stef” Salvatore (The Vampire Diaries, TV series) or Edward Cullen (Twilight, film series)?

You’ve just become a vampire and can either live out eternity in peace and quiet or become the hunt-and-kill type. Whose camp do you join in a vampire vs vampire classic? Alucard Hellsing, (anime series) por or Louis de Pointe du Lac (Interview with the Vampire, movie)?