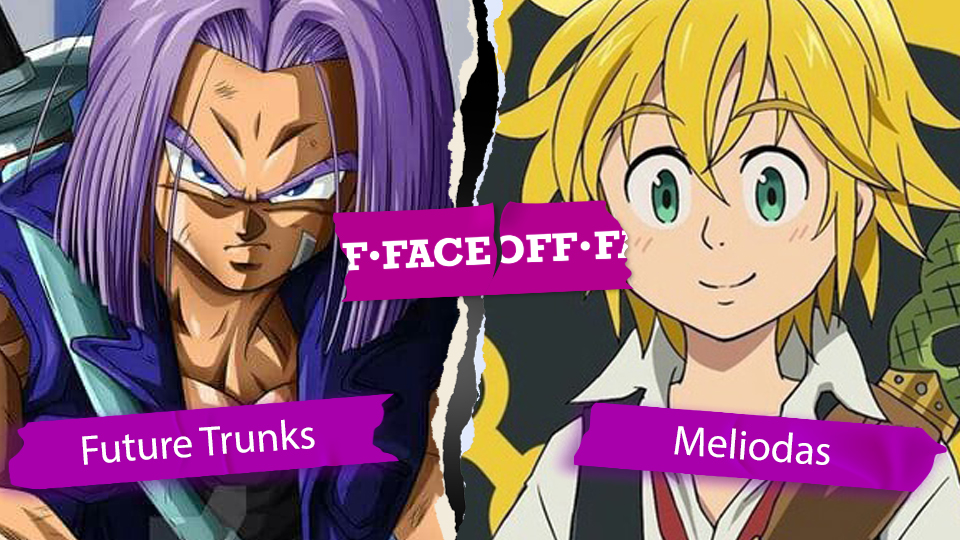 Not only are they some of the greatest sword fighters in anime, movies, and tv series, but they also possess superhuman abilities. While some have super-strength, some can control magical forces. Others are just dang near invincible. In this category, we face off the most powerful humanoids to ever wield a sword.

The world is in danger yet again from an evil mastermind. Which superhero would you call upon to save the day? He-Man (Masters of the Universe) or Wonder Woman (Wonder Woman, movie)?

You and the chief of the rival clan are both in hiding and none of you can go out until the other is dead. Who would you send to assassinate him? Deadpool (Deadpool movies) or Elektra Natchios (Elektra, movie)?

One of the below is out to destroy your planet, the other is your guardian. Who would you choose to protect you? Future Trunks (Dragon Ball) or Meliodas (The Seven Deadly Sins, anime series)?

One Kenobi vs Geralt of Rivia

You can study under one of the below, learning their ways and eventually leeching their powers and skill for yourself. Who would you choose? Obi One Kenobi (Star Wars) or Geralt of Rivia (The Witcher)?

Your army is preparing for battle and they could use a legendary fighter alongside them to boost morale. Which spartan warrior would you send with them? Achilles (Troy)or Hercules (Hercules: The Legend Begins, movie)?