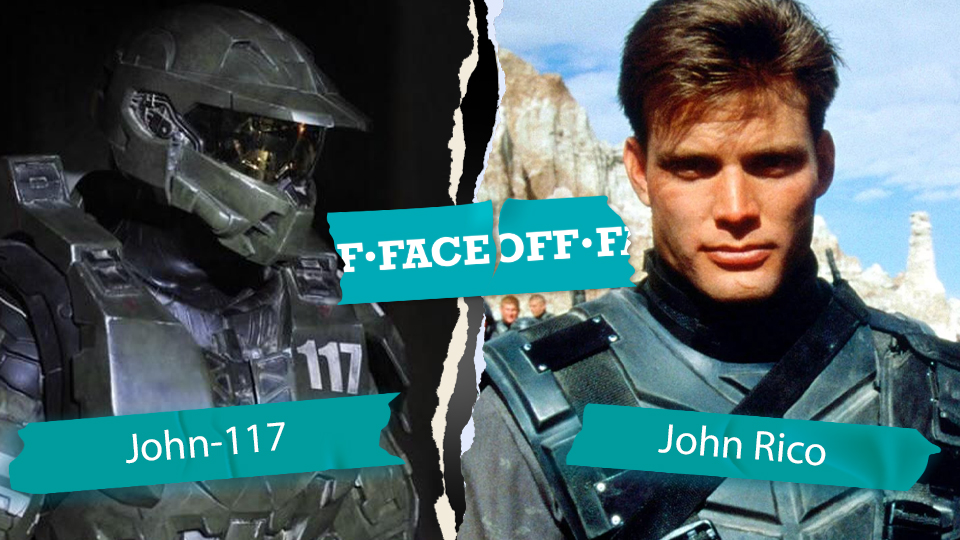 Other soldier categories have some skilled fighters but send them to space and their heads will likely explode. Need fighters for deep-space operations, defending extraterrestrial colonies, or just doing some good old conquering of the galaxy? In this poll, we face off the toughest space troopers to find the ultimate space soldier!

You’ve just received distress signals sent out from an unknown alien planet. Which space trooper would you send to investigate? John Rico from Starship Troopers or John-117 from Halo 4: Forward Unto Dawn?

You need to get your troops in fighting shape before you send them to conquer an alien planet. Who would you put in charge of their training? Corporal Dwayne Hicks (Alien) or Master Sergeant Farell (Edge of Tomorrow)?

A group of aliens is working in a heavily guarded compound on a virus lethal only to humans. You need someone to go in and fudge their sh!t up. Who would you pick? Gabriel Angelos (Warhammer 40,000) or Marcus Fenix (Gears of War)?

Your work as an Ambassador from Earth takes you all over the universe, not always to friendly places. Who do you choose as your bodyguard?