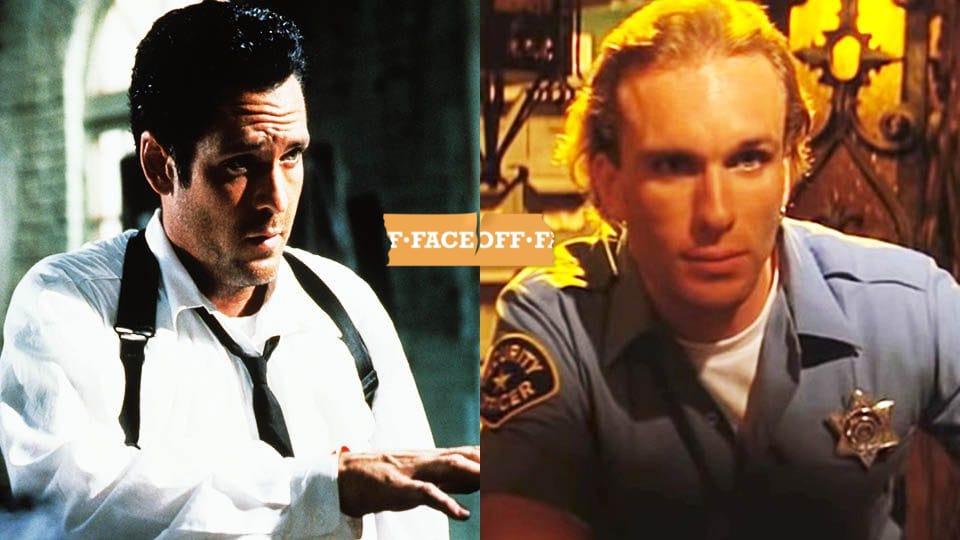 Some characters in fiction are just plain sadists! And I’m not talking about those who are just horrible people who do horrible things like emotionally manipulating others or even killing people. We are referring to characters who genuinely feel joy at seeing their victims suffer physically and mentally. In this category, we face off the 10 most sadistic fictional characters to ever get off on the pain they inflict! We take pride in the fact that there are only a couple of dentists on the list.

1. Ramsay Bolton (GOT) vs Alex DeLarge (A Clockwork Orange)

Ramsay Bolton, born Ramsay Snow, is surely one of the top five sadists in fiction. He is completely capable of committing horrifying atrocities without any remorse, simply for sheer amusement. Ramsey actually revels in the fact that he tortures and kills innocent people for no reason at all, and that they did not deserve what he did to them. Among other things, he subjects Theon Greyjoy to gruesome tortures that include flaying Theon’s finger while his victim screams for him to cut it off and later removes Theon’s penis.  As if this isn’t enough, he then tricks him into believing that the sausage he is eating is Theon’s penis.

In A Clockwork Orange, Alex DeLarge is a brutal sadist involved in monstrous crimes. He raises his sadistic behavior to the status of art, as he seems to take aesthetic pleasure in his crimes. The joy he finds in classical music is closely related to the ecstasy he feels during acts of ultra-violence. Among his insane atrocities are brutally raping a woman in front of her husband while singing “Singin’ in the Rain” and killing an old lady in her home with a giant ceramic penis.

Which one of these sadists relishes more the thought of inflicting pain and degradation?

As someone who has the ambition to rid the world of Toons, Judge Doom is of course an extremely evil individual. However, Doom is far worse than a regular villain, taking pleasure in executing and torturing innocent victims. In fact, he is a sadistic monster with no redeeming qualities who commits crimes for fun. Judge Doom proved his viciousness when he slowly executed a cute Toon Shoe by cold-bloodedly dipping it in the Dip. This was probably one of the most chilling scenes in cinema history.

In The Princess Bride, Count Tyrone Rugen is a villain with an alarming interest in the scientific study of pain.  Count Rugen is an expert at torture and the submission of pain. He is also a very creative inventor who spent eleven years perfecting ÒThe Machine, Ó a huge suction-pump device that draws life out of a body. It’s like both his profession and hobby are torturing, mutilating, and killing others. Why doesn’t he get a life?

Which one of these iconic sadists is meaner?

A Nazi dentist who used to torture the prisoners of Auschwitz via his dental skills, Dr. Christian Szell is responsible for the deaths of hundreds of prisoners in the concentration camp. He is a sadistic psychopath who takes perverse pleasure in tormenting people and experimenting on them. In one of the most famous scenes in movie history, Dr. Szell uses the tools of his trade to torture Babe for information. Szell is so creepy that even one of his henchmen turns his head away, terrified when Szell tortures Babe with his dental instruments.

A dentist and an abusive, sadistic boyfriend, Orin Scrivello just loves making others feel pain and misery. Orin admits that as a kid he used to shoot puppies with a BB gun, poison guppies, and find cats and bash their heads. As an adult, Orin has a creepy love for torture which he implements on his patients and his girlfriend who he enjoys tormenting.

Unfortunately, you have a cavity and need to visit your dentist. Which dentist would you rather die than visit?

It is said that the mere sight of the IT-O unit would make a suspect confess. The IT-O is an interrogation droid used by the Galactic Empire. It can deliver unimaginable pain, worse than pain from any disease or wound known in the universe. This torture device is armed with a chemical torture turret, a drug injector, flesh peelers, and acid jets. The IT-O would usually first inject the prisoner with a mentally disabling chemical that would decrease the pain threshold while keeping the subject conscious. It would then detect the subject’s most sensitive areas before moving to the torture that will last well over an hour.

Smoothie is a psychopathic hitman and sexual sadist who specializes in interrogation and torture. He is known to have frequently tortured animals throughout his childhood and it is hinted that he was responsible for the deaths of his biological mother and father. If that is not enough to show how sick he is, he removed his own genitals with surgical skill. He is utter without empathy towards his victims and takes deep pleasure in their suffering.

You are about to be interrogated for a crime you didn’t commit. Which one of these interrogators will likely get a confession out of you faster?

“I don’t give a fuck what you know or don’t know, but I’m gonna torture you anyway, regardless. Not to get information. It’s amusing for me to torture a cop. All you can do is pray for a quick death, which you ain’t gonna get.” Mr. Blonde doesn’t only hate cops. By his own admission, he likes to see people’s expressions when they die. Before he starts torturing poor officer Marvin Nash, he turns on the radio so he can fully enjoy the grizzly acts he was about to perform, like slashing the cop’s face and cutting off his ear. Being a criminal is a field of work that provides Mr. Blonde an outlet for his sadism.

In Pulp Fiction, Zed is a sadist and a homosexual rapist who victimizes men that he and his accomplice and brother, Maynard, kidnap. In a classic scene from Tarantino’s classic crime thriller film, Zed sodomizes Marsellus Wallace inside the basement of Maynard’s pawn shop. Zed has a strong desire to control the people around him by asserting his power by force. In doing that, Zed is remorseless, willing to totally destroy his poor victim as he and his brother did to “The Gimp”. It is implied that he and Maynard have also sodomized and killed one of their previous victims, called Russel. Hence, the room in which the two take Marsellus is called “Russel’s Old Room”.

Which one of these two Tarantino sadists would likely be a great guy to sit in a bar with and have a laugh with?