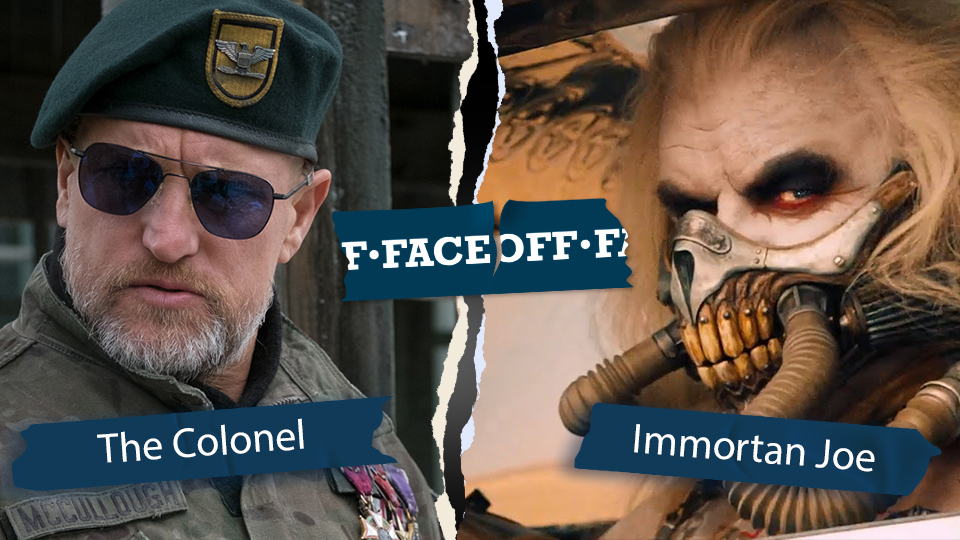 After an apocalypse, it’s only the strong that survive, and they’re usually ruled by the strongest amongst them with an iron fist. These heartless tyrants seem to have spent their entire life pre-apocalypse preparing for the end of modern society. In this poll, we face off those special individuals to successfully create a post-apocalyptic colony. In this category, we face off against 10 Post-Apocalypse Dictators in fiction.

Immortan Joe vs The Colonel

You’re a crazed zealot that will do anything for your community. Who would you choose as your leader? Immortan Joe (Mad Max: Fury Road) or The Colonel (War for the Planet of the Apes)?

The Deacon vs Carnegie

You’ve finally been caught for the insane amount of illegal streaming, and your punishment is to be exiled to a community-run by one of the below. Whose community would you join? The Deacon or Carnegie? The Deacon (Waterworld) or Carnegie (The Book of Eli)?

Their communities may have it good but it’s only because they oppress and take advantage of others. Whose bad side is it worse to be on? Negan vs President or Coriolanus Snow? Negan (The Walking Dead, TV series) or President Coriolanus Snow (The Hunger Games)?

The world is uninhabitable and everyone now lives on giant mobile colonies. Whose colony is it worse to be part of a zombie attack? Wilford (Snowpiercer) or Thaddeus Valentine (Mortal Engines)?

We present to you the presidential candidates of 2024! Like most elections, you have to choose the lesser evil. Who would you campaign for, Vilos Cohaggen (Total Recall) or Kesslee (Tank Girl)?