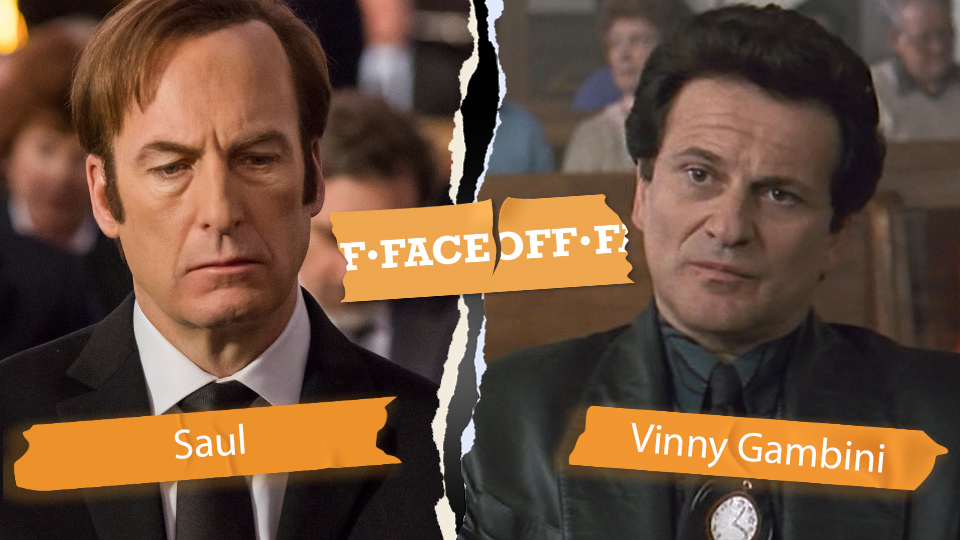 Lawyers don’t have the best rep, but where would we be without priceless gems like “I object!” and “I’m out of order? You’re out of order!” From the fast-talkers to the slightly sketchy, these lawyers won’t rest until they see justice done (or at least their version of it). In this poll, we face off the most iconic lawyers to ever argue a case.

You’ve been arrested! Apparently, it wasn’t “legal” to move into that house while the owners were abroad. Apparently, that is “squatting”. Whatever. Who would you call to get you out? Jackie Chiles (Seinfeld) or Fletcher Reede (Liar Liar)?

This is the last time your neighbor let Fluffy do his business on your lawn! You’re taking him to court! Fluffy too! Who would you call to plead your case? Breaking Bad’s Saul, or My Cuisine Vinny’s Vinny?

A new law has just been passed banning all pr0n! They’ve gone too far! Which lawyer do you choose to contest this in front of the Supreme Court? Matt Murdock (Daredevil, TV series) or Archie Leach (A Fish Called Wanda)

The purge: Ally McBeal vs Will Gardner

Society has spoken, 50% of all lawyers will be eradicated! For the good of the world, of course. Who would you choose to survive? Ally McBeal (Ally McBeal, TV series) or Will Gardner (The Good Wife)?

Look at you, big shot straight out of Law School. Who do you choose to intern for? Mitch McDeere (The Firm) or Harvey Specter (Suits, TV series)