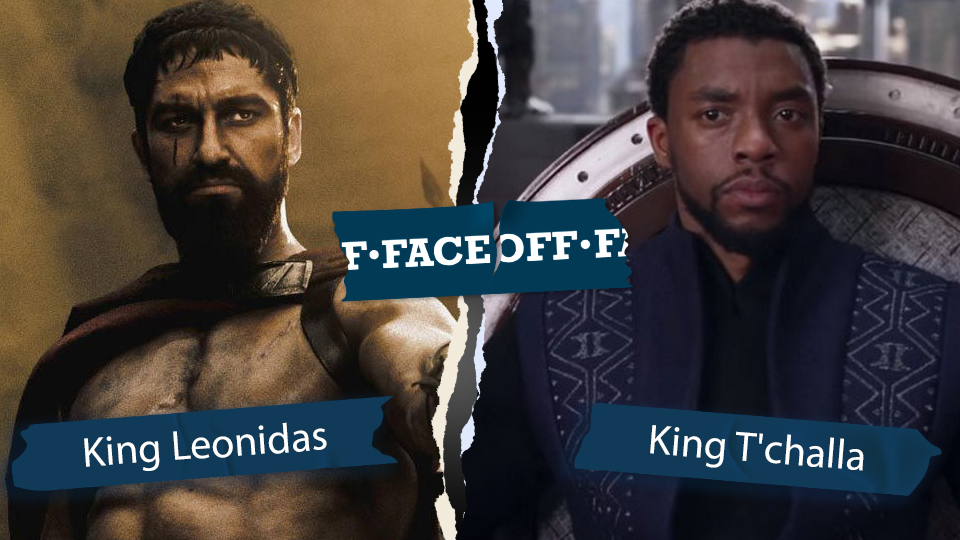 Forget democracy, monarchs rule! Or to quote the great Mel Brooks: “It’s good to be the King.” Some kings and emperors are portrayed in fiction as being kind, strong, and efficient leaders. Others are weak and inefficient leaders of their country, causing disaster and chaos to reign supreme. In this category we face off the 10 greatest kings and emperors. Who prevails and takes home the crown?

Two neighboring nations, led by the rulers below, are gearing up for war with one another. Who would you choose to follow your army to victory? King Leonidas (300 movie) or King T’challa (Black Panther, movie)?

Your plans for world domination are finally coming together! Who would you choose to lead your armies and conquer the world? Emperor Commodus (Gladiator) or Ramesses II (Exodus: Gods and kings)?

You must ally with one of the below rulers to secure your kingdom and fend off other invaders. Who would you choose? Mance Rayder (Game of Thrones) or King George VI (The King’s Speech)?

To avoid the slaughter of thousands, both rulers below have agreed on head-to-head combat instead of all-out war. Who emerges victorious? King Robert Baratheon (Game of Thrones) or Aethelwulf (Vikings)?

Peace has finally come to the land and you must now select a ruler to govern the people and help society thrive. Who would you choose? King Julien XIII (Madagascar movies) or King Louie (The Jungle Book, 2016 movie)