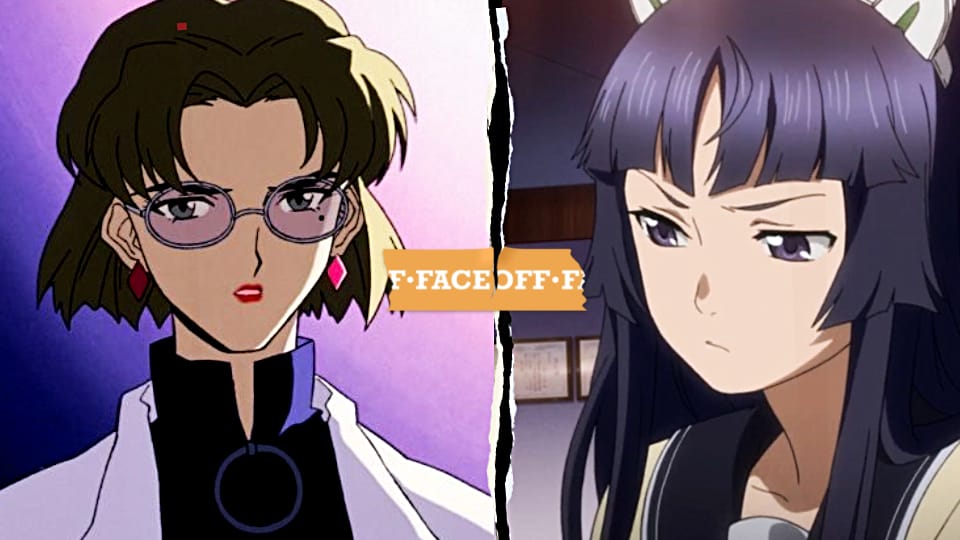 They often live their lives on the Net, with very few friends aside from some virtual ones. Most of these hackers have used their skills for crime at one point or another, and while some are still at it, others have been recruited by the good guys. One thing is for sure, they’re too valuable to be left behind bars. In this category, we face off the hackers and cyber professionals who eagerly declare “I’m in!”

The time is ticking, and the terrorist regime is about to acquire its first nuclear weapons. You need to stop them at all costs, which one of these female hackers do you pick to carry out the mission? Tamar Rabinyan from the action series Tehran or The girl with dragon tattoo Lisbeth Salander?

Your guerilla resistance rebels need to overtake the government’s electronic defense systems before you strike. Which one of these female hackers would you pick to execute the mission? the super smart and cute cat girl Tsugumi from Guilty Crown, or the badass girl Ritsuko Akagi from Neon Genesis Evangelion?

We’ve searched far and wide, and found just about the only two programmers who would be the perfect fit for a hostile spaceship takeover. Which one do you go with? Yuki Nagato from The Melancholy of Haruhi Suzumiya, or Matsu from Sekirei No. 02?

Want to erase your debt? Clean your criminal record? Give your bank account a nice bump? It can all be done! Which hacker do you hire to fix up your life, Elliot Alderson from Mr. Robot or Thomas A. Anderson (Neo) from The Matrix?

You want your age and weight deleted from all government databases and as an eccentric billionaire you have the kind of dough to make that happen. Who do you hire, Felicity Smoak from Arrow or DJ from Star Wars: The Last Jedi?

You’re being sent into hostile territory to take out a terrorist cell. Who do you want supporting you on comms, Frederick “Warlock” Kaludis (Die Hard 4) or Lyle from The Italian Job?

You’re attending a hackathon to find a solution for climate change (hashtag global warming) but you need to find a group! Who do you partner with, Caleb Smith (Ex Machina) or Lunkwill and Fook (The Hitchhiker’s Guide to the Galaxy, TV series?

You’re the CEO of a gaming company and you want to make sure your next game will blow peoples’ minds (maybe literally). Which game developer do you hire? Kevin Flynn (Tron: Legacy) or Stefan Butler (Black Mirror: Bandersnatch)?