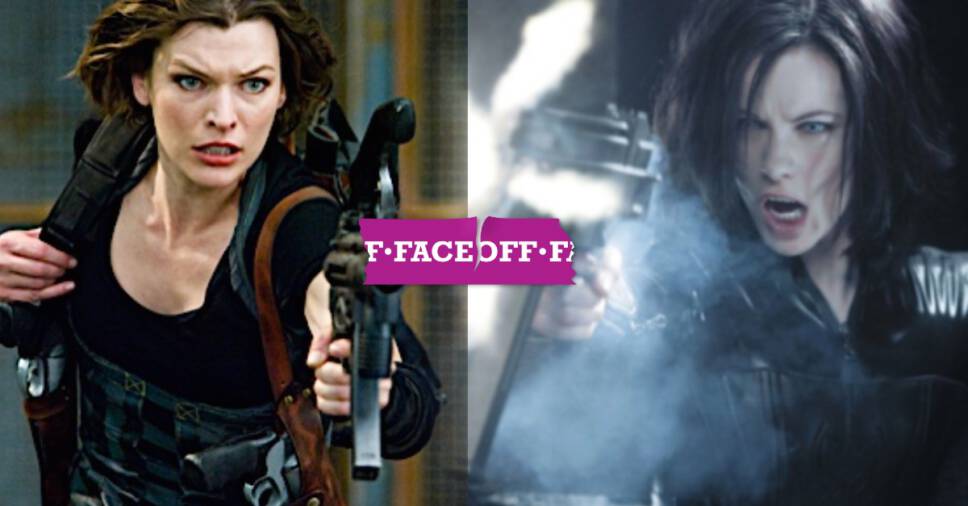 In this battle scenario, we face off the top 10 gunwomen from movies and tv shows who are deadliest with a firearm. While male-dominated action flicks are a dime a dozen, sometimes it’s just better watching a woman kick butt. From secret agents and deadly soldiers to zombie slayers and vampire hunters this is the ultimate badass women gunfight.

A mob boss is out to kill you! The only way to stop him is if you take him out first. Which movie gunwoman would you hire to assassinate him? The Matrix’s Trinity, or Star Trek’s Seven of Nine?

Rogue One vs Battlestar Galactica

You need a partner to watch your back while you rob the richest intergalactic bank in the Universe. Who would you recruit for the heist? Jyn Erso (Rogue One) or Kara “Starbuck” Thrace? (Battlestar Galactica)

Your science experiment went wrong and now there are giant mutated centipedes wreaking havoc in your town! Which legendary movie gunwoman would you call to exterminate them? Alice or Selene?

You’ve had enough of this totalitarian government, it’s time to start a militia! Who would you choose to train your soldiers for your planned coup? Sarah Connor or Jordan O’Neil?

Edge of Tomorrow vs Alien

In a world rife with the war between aliens and humans, you have to get through a city being fought over by both sides. Which movie gunwoman would you choose to escort you through? Rita Vrataski from Edge of tomorrow or Ellen Ripley from Alien?