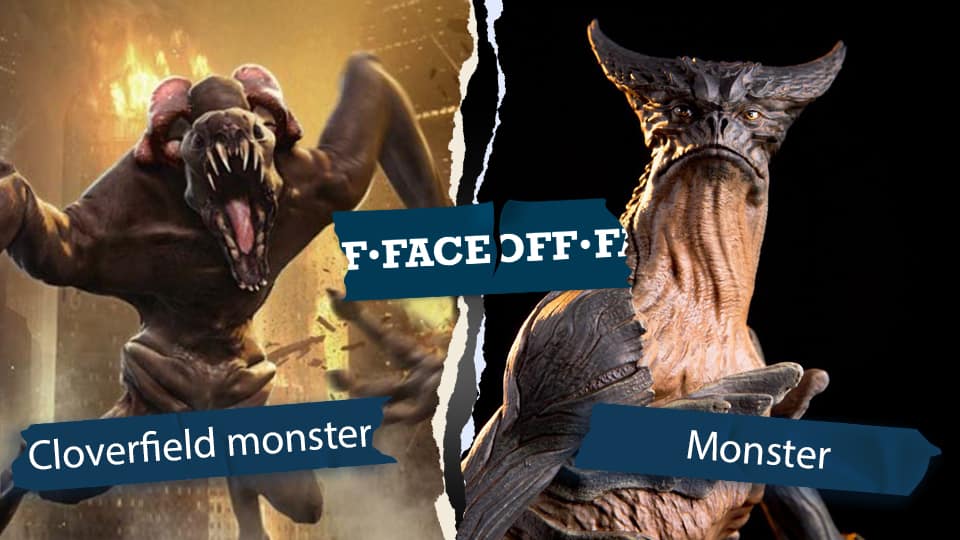 Is the city getting too crowded for you? Is the line of massive skyscrapers blocking your ocean view? Do not move to a different city just yet! We’ve prepared a selection of gigantic robots and aquatic monsters to flatten your urban surroundings and thin out the population just a bit so you can live a bit more comfortably (if you don’t get stomped, that is). In this category, we face off the most destructive city flattening titans.

Your school needs a makeover. One of chaos and destruction that is! Which giant do you unleash to level your school to the ground, Godzilla (Godzilla: King of the Monsters) or Kaiju (Pacific Rim, movie)

One of these monstrous beings is coming to destroy your hometown and the other is there to protect it. Who do you choose to defend your home, Cloverfield Monster (Cloverfield, movie) or Monster (Colossal, movie 2016)?

Your enemies have amassed a formidable force at your gate but you can drop one of these colossal beings among them to wreak havoc from within. Who do you choose, Gipsy Avenger Jaeger (Pacific Rim 2, movie) or Megazord (Power Rangers, movie 2017)?

You have one mission: Flatten New York! Who do you choose to get the job done, The Iron Giant (Ready Player one, movie) or Giant robots (Sky Captain and the world of Tomorrow)?

Brain over brawn: Hulk vs Juggernaut

Some of these powerful beings can destroy a city in a deathmatch, it’s Hulk vs Juggernaut who wins?