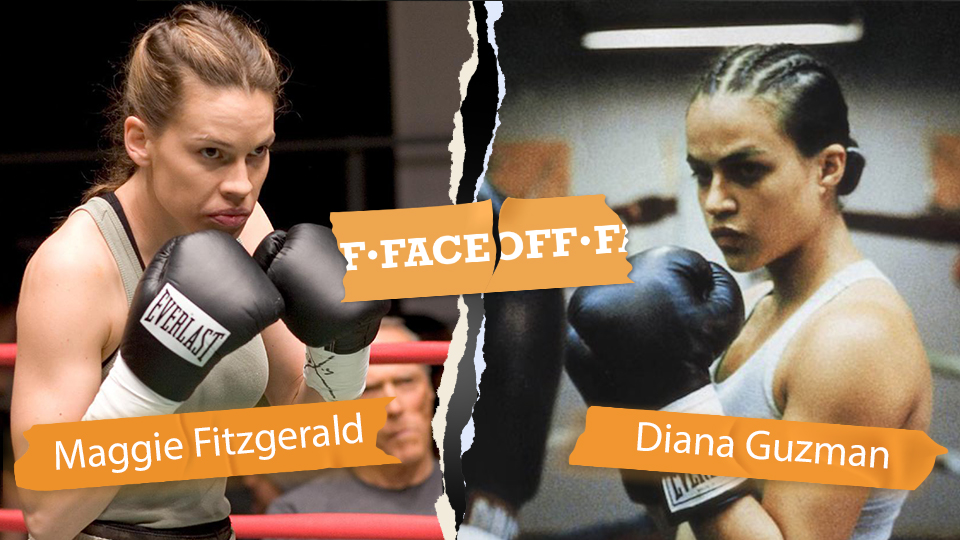 The sport of boxing has inspired countless fiction works and larger-than-life figures over the years. The greatest boxer characters in the genre are beloved for their grit and determination, not to mention their jaw-dropping ability to take a punch (or several). In this category, we collected 10 of the greatest boxers in movies. They are the toughest boxers to ever enter the ring for a once-in-a-lifetime.

A lifetime of preparations! Billy “The Great” Hope vs James J. Braddock

Both boxers have lived a turbulent life in and out of the ring. whose life has better prepared him for this fight? Billy “The Great” Hope (Southpaw, movie) or James J. Braddock (Cinderella Man, movie)?

It’s the world heavyweight championship and both contenders are in their prime. Who wins? Muhammad Ali (Ali, movie) vs Clubber Lang (Rocky 3, movie)?

These strong women have worked hard to get to this point. Who would K.O be the opponent? Maggie Fitzgerald (Million Dollar Baby, movie) or Diana Guzman (Girlfight, movie)?

The title shot: Micky Ward vs Rubin “The Hurricane” Carter

These two boxers just got a title shot. Who is more likely to step up? Micky Ward (The Fighter, movie) vs Rubin “The Hurricane” Carter (The Hurricane, movie)