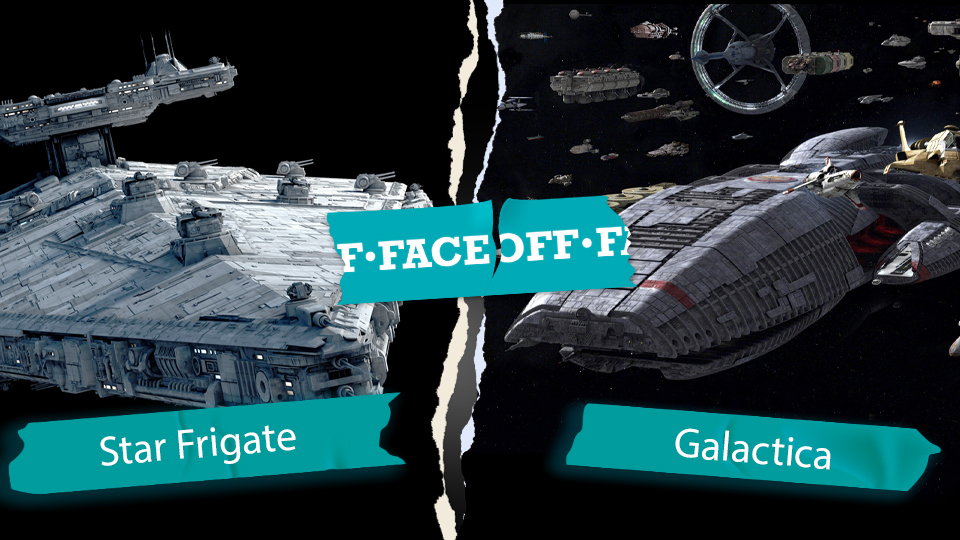 In this battle scenario, we Faceoff some of the finest Battleships and Hovercrafts from movies and tv shows, to ever blast through the interstellar vacuum. Sci-fi has opened our eyes to how travel and battle might look in space, introducing us to massive warships and smaller, more agile fighters. Whatever their size, these ships are armed to the tooth with the most advanced technology available to the humans of the future.

New whip: The Milano vs The Intruder

While all the vanilla kids at school are getting cars for their birthday your parents are getting you a spaceship. Which one would you choose? The Milano (Guardians of the Galaxy) or The Intruder (Valerian and the city of a thousand planets)?

You’re sent to investigate strange signals coming from an unidentified planet but you need your wits about you, it might be a trap! Which spaceship would you take? Millennium Falcon or USS Enterprise?

You run an intergalactic chop shop and need a new payday. Which of these ships would you go after to make you some more cash, The Odyssey Battlecruiser (Stargate) or Vaako’s Frigate i (The Chronicles of Riddick)

Attack! The Nebuchadnezzar vs Tie Fighter

You’re sent to investigate strange signals coming from an unidentified planet but you need your wits about you, it might be a trap! Which spaceship do you take? The Nebuchadnezzar from The Matrix movie, or Star Wars iconic TIE fighter?