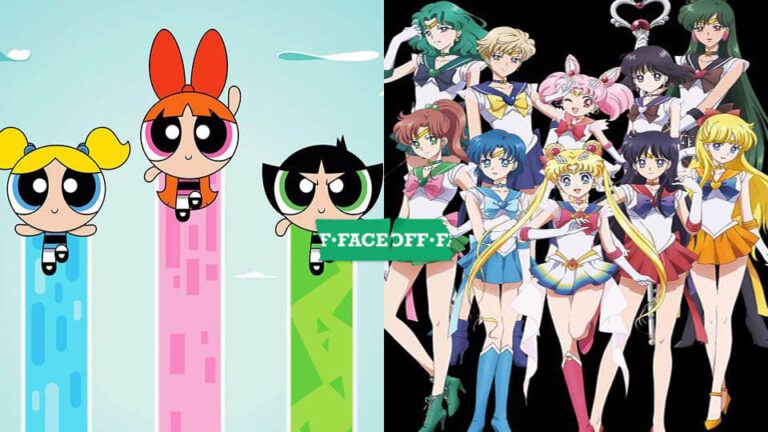 The importance of female friendships among women is undeniable. Women just thrive on strong relationships with their female friends. And these girls are no different! In this category, we Faceoff the best girl squads in fiction history for all your patriarchy-dismantling requirements.

All-Female Super Teams: The Powerpuff Girls vs The Sailor Scouts

In the magical girl tv show The Powerpuff Girls, the female super team is a trio of artificially made super-humans created by Professor Utonium. They are: Blossom, the “Everything nice” part of the trio, is the confident and courageous leader of The team. Dubbed “Commander and the Leader,” she is best known for her level head and determination.

Their abilities include superhuman strength, speed and stamina, flight, heat vision, space survival, and energy projection. Using their powers, The Powerpuff Girls are frequently called upon by the city’s mayor to fight criminals and other enemies.

In the Sailor Moon anime series, the Sailor Scouts are a team of magical super-heroines. They are Sailor Moon (Serena), Sailor Mercury (Amy), Sailor Mars (Raye), Sailor Jupiter (Lita), and Sailor Venus (Mina). Sailor Moon is their leader. She is extremely powerful, with a universe-level of power, and abilities like regeneration, soul reaping, and control over time and space. Together with her team, she fights against tremendous evil forces.

Interestingly, Bubbles from the Powerpuff Girls and Sailor Moon/Tsukino Usagi kind of resemble each other. They both have notably bright blonde hair worn in pigtails and big blue eyes. Like Usagi, Bubbles is an optimist. She has a tendency to wish for everything to be alright for everyone. Bubbles is the emotional character, and like Usagi, it’s not because she’s weak – it’s because she feels everyone’s pain so acutely.

Our universe is facing a large scale-invasion from another dimension, led by a Thanos-like warlord. Which team of super-powered girls do you send to confront him? The Powerpuff Girls (The Powerpuff Girls animated series) or The Sailor Scouts (Sailor Moon anime series)?

All-Female Super Teams: The Sand Snakes vs. The Dora Milaje

The Sand Snakes, from Game of Thrones, are the bastard daughters of Prince Oberyn Martell. They are all trained extensively in combat by their father and are all proud members of House Martell.

Obara is the eldest, and her mother is a peasant, much like her father she wields a spear. Then comes Nymeria whose mother was an Eastern noblewoman and uses a whip.

Finally, there is, Tyene, who is the oldest daughter and prefers to use a pair of daggers. Their nicknames come from both their surname; Sand which is the name bastards take in Dorne, and Obery n’s nick was the Red Viper. Thus the Sand Snakes were born.

In Black Panther, the Dora Milaje are a team of women who serve as defenders of the nation of Wakanda. Dora Milajae literally means “adored ones.”  One of their main jobs is to guard the Black Panther.

Thanks to the Vibranium in their food and lightweight weapons and armor they are faster and stronger than the most trained military. While the weapons themselves do not confer speed, strength, or agility their use most certainly gives these ladies the advantage in many encounters.

From using the energy absorption abilities to maneuver in the air to a full stop from a moving vehicle, an impressive feat made possible by the weapon and the material with which it was composed of.

As the Emperor of the galaxy you have, many enemies that threaten your life. Which one of these all-female super teams do you choose to serve as your personal fantasy army of bodyguards? The Sand Snakes (Game of Thrones) or The Dora Milaje (Black Panther)?

All the girls are students at Metropolis High School and each of the six has her secret identity: Diana Prince / Wonder Woman, Barbara “Babs” Gordon / Batgirl, Kara Danvers / Supergirl, Zee Zatara / Zatanna, Jessica Cruz / Green Lantern, and Karen Beecher / Bumblebee. The girls are dealing with their choices regarding their superhero identities and their secret identities

The Winx Club is a group of fairy girls who use magic to protect the Realm of Magix from evil. The group consists of Bloom and her colorful-haired friends Stella, Flora, Tecna, Musa, Aisha, and Roxy.

Bloom is the leader and the main character of the animated show. She has the power of the Dragon’s Flame. Stella has the power of the Sun and the moon, Flora has the power of nature, Musa – music, Tecna – technology, Aisha – in first seasons – fluids, a.k.a the weird pink substance she controlled. Later changed to Waves”/Water. Roxy – animals. Together they go on many adventures, discover new transformations, and unlock secrets and powers.

The four join forces to fight Gotham City dark lord Roman Sionis. The team tends to deal with street-level threats, not often getting too involved as a group in larger DC comics events as a team but rather as their individual identities.

In the 2019 action movie Charlie’s Angels, Charlie’s female super-team work for a private detective agency named the Townsend Agency. The sexy/powerful women team of angels consists of Sabina Wilson, a wild and rebellious Angel, Elena Houghlin, an engineer, and programmer, and Jane Kano, a former MI6 agent. When a stem engineer informs the agency of dangerous technology, the Angels are putting their lives on the line to protect the world.

A global terrorist organization plans to sell stolen alien technology to the highest bidder. Which girl squad would you send on a mission to stop them? The Birds of Prey or Charlie’s Angels?

All-Female Super Teams: The Crystal Gems vs. Guardians of the Veil

In the Steven Universe animated series, The Crystal Gems are a group of magical beings called Gems who have great powers that they derive from their specific gemstones.

They consist of Garnet, the leader of the group, the short-tempered Ruby, the distant Sapphire, Amethyst, the fun-loving member of the group, and Pearl, the intellectual, spear warrior.

The gems all lived on Homeworld when Rose Quartz (a powerful gem from Homeworld) saw that they were trying to use Earth for its nutrients to make new gems. She saw this was wrong and banded her friends Garnet and Pearl together to rebel from Homeworld, start an intergalactic war, and defeated the Homeworld Gems.

In the W.I.T.C.H animated series, the Guardians of the Veil are five ordinary girls who become gifted with various magical and elemental abilities. They are the redhead girl Will Vandom, Irma Lair, Taranee Cook, Cornelia Hale, and Hay Lin. As Guardians of the Veil, the quintet protects the universe by Kandrakar, the very center of the universe. Each one of them rules over one of the basic elements of nature: water, fire, earth, air, and quintessence, an unspecified form of pink-colored energy that is the fifth element.

It is time for these two magical all-female groups to engage in a death battle. Which team would win? The Crystal Gems (Steven Universe animated series) or the Guardians of the Veil (W.I.T.C.H animated series)? 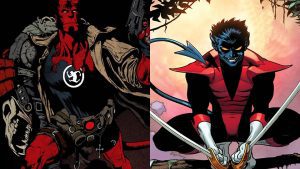 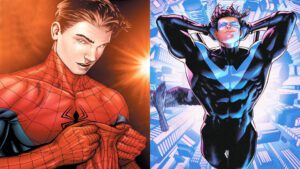 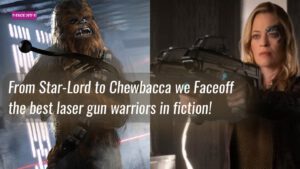 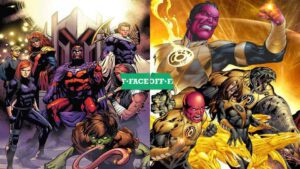