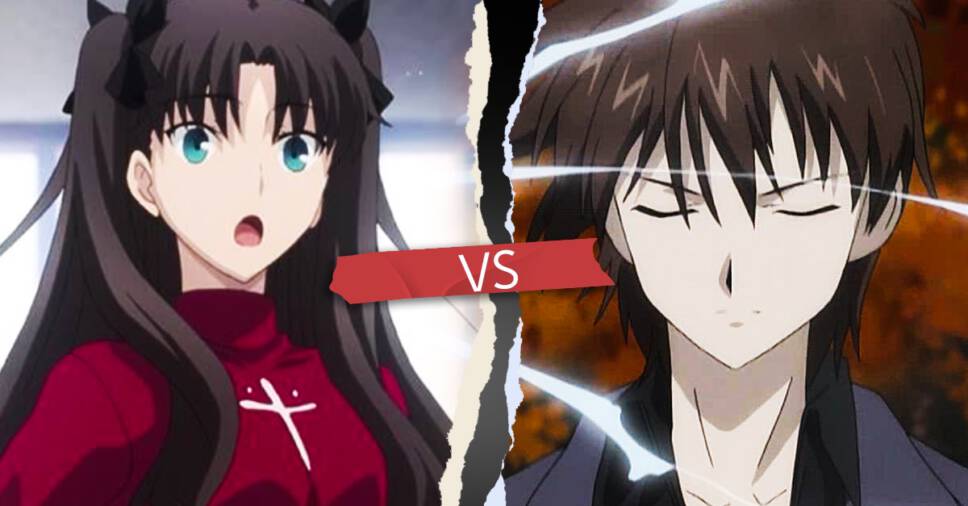 They master the ability to manipulate the weather, they control elements to freeze entire cities at will, displace clouds, generate lightning or blow you out with a powerful tornado.

Rin is a master of “Archer” during the “Fifth Holy Grail War” and the successor to the Tohsaka family. She is a headstrong character with a vigorous personality and one of the tsundere but kind girls.

As the successor to the Tohsaka family, Rin is a master conversion that includes the storage of magical energy in objects.

Rin specializes in the transfer of magic energy. She stores all of the magical energy generated by her body during her lifetime through jewel crystallization. Rin’s stored power can utilize the jewels for an instantaneous release of A-rank magic.

This badass girl charges these jewels every day. It’s a long process to turn jewels into powerful bullets, it’s like mining a bitcoin. Imagine using bitcoins in battle. We wonder if that would be just as effective as using jewels. As an apprentice to the second sorcery, she is beyond the top 100 mages, actually in the top 10 mages.

“Death is the end of everything. Your past and future will be lost in an instant where there will be no second chance. However, as long as you live there will be a chance of pulling a win.”

Kazuma Yagami is Op main character from the isekai anime Kaze no Stigma. Heis a user of “Fuujutsu,” ( Wind Technique). He returns to his old home, the noble Kannagi household, after being exiled for his inability to control fire magic, which caused his family to lose “Enraiha”, a sacred sword.

Kazuma was a kind boy who cared deeply for his family. However, after being banished for being powerless, his personality took a dramatic turn.

Kazuma has the most tragic pas. He didn’t have friends he was abused, kicked out, and had to live on the streets and fight for his survival for four years. The poor guy gets hated by his own family.

No wonder that now Kazuma is an anti-hero, motivated by vengeance and a thirst for power, his traits are unmistakable.

With his wind power, he can form a tornado, knockback or crush multiple enemies, and manipulates the air to redirect any attacks.

Moreover, he can use the air to create a barrier that turns him invisible, travel without being attacked, and can sense people’s both physical and spiritual/energy presence.

Rin Tohsaka vs Kazuma Yagami: Who Would Win?