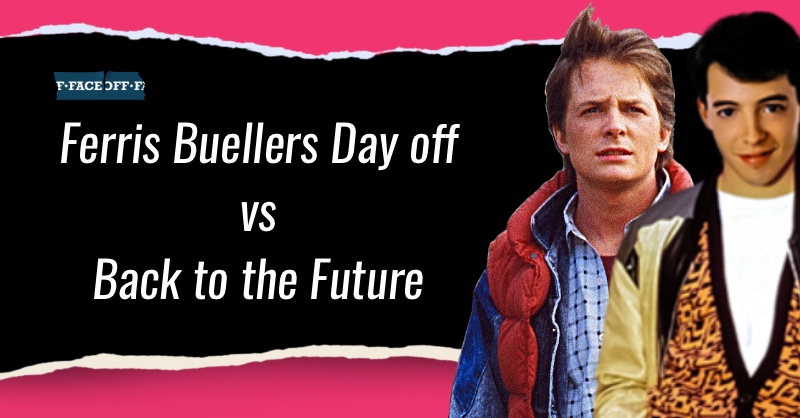 Since the beginning of cinema history or one could even argue time itself, the portrayal of school principals has played a major role in either mentoring and guiding our heroes towards their goals or trying to stop and hinder them. While we all like Albus Dumbeldore or Professor Xavier, it’s safe to say we love the Dick Vernon’s of the world who bring us priceless gems like ‘You mess with the bull, and “Diary of a Wimpy Kid“. Speaking of the bull, go no further than whispering the words ‘Miss Trunchbull’ in one’s ear to induce childhood trauma of cold sweat and stomach aches of non-existent chocolate cake.

We have chosen Ed Rooney (Ferris Bueller’s day off) and Mr. Strickland (Back to the Future) to face-off for the title of the Mean, Green, Disciplinary Machine.

Not much is known about Ed Rooney’s past, but if what we’ve seen is any indication, we can assume he had other, more covert, aspirations as a child (Detective Rooney? Special Agent Rooney, perhaps?). Whatever happened, Rooney clearly still carries a chip on his shoulder and makes up for his lack of general awareness with a tenacity that rarely graces our screen. Get it? Grace? Nevermind.

Rooney proves again and again that he is nearly unstoppable. Guard dogs? Easy. Sneaking into private property? No problem. His game is at its best when he is in the shadows, undiscovered.

Once discovered though, it’s a whole different story. As it turns out, Rooney is as sensitive to a good old ass-whooping as the rest of us. Oh, and of course parents – Rooney will always bend the knee to their authority. But is that enough?

Mr. Strickland (Back to the Future) “You’re a slacker!”

Not often do we get to test a man’s character in not one phase of his life, but two! Interestingly enough, what we see in 1955 and 1985 is largely the same. A bald, bow-tie-wearing disciplinarian with a seething hatred for ‘slackers’. Who is a ‘slacker’? Almost everyone it seems.

Strickland is not especially empathetic or emotional. He holds a life-long vendetta against these slackers and between the stick and the carrot he clearly chooses the former.

Keith Peterson reminds me of Mr. Strickland from Back to the Future. #UFC246 pic.twitter.com/KOm4VVbOaI

In the alternate timeline of the film, we even see Strickland decked out in a Kevlar vest over his nightgown and threatening Marty with a shotgun for merely suspecting that he has been stealing his newspaper. Overreact much?

It seems that he gets extremely heated when he comes across some form of misconduct, but doesn’t do much to root it out so one could only assume that if you fly under the radar with him, you’re home free.

Who would you rather have as a principal?

Rooney is a man on a mission. He will not stop until justice is served. But is that so bad? For Ferris, sure, but for some other students, he could equally be a mentor or guide. Hell, he might even be a fun party guest. Get on his bad side though, and he will undoubtedly hunt you down by whatever means necessary.

Without a doubt the meaner of the two, but with much less passion and dedication. If you keep on the down-low, he might not give you much grief. On the day he decides to channel just a smidgen of the protectiveness he has for his newspaper towards disciplinary action, though – That is a day we are all in trouble.