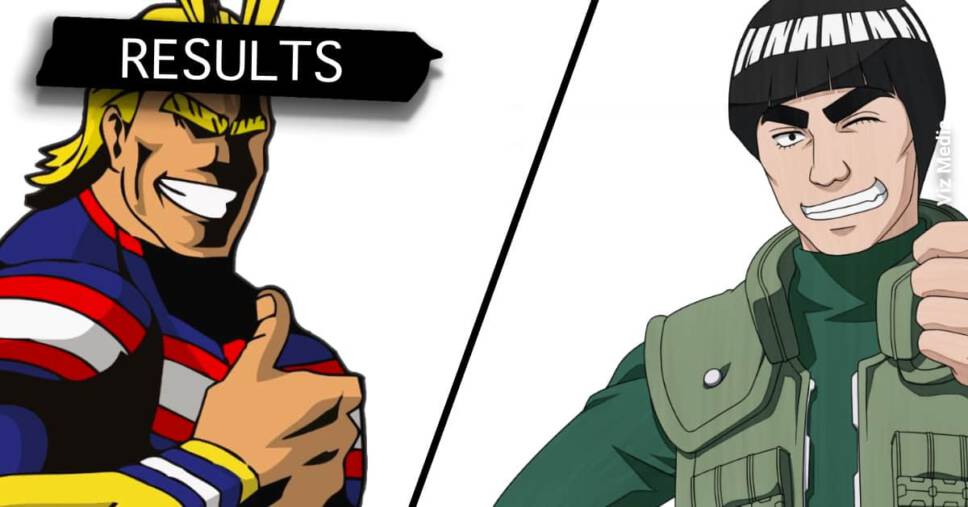 These two mighty warriors represent the peak of training and skills. Who would win? It’s Might Guy vs All Might. Evidently, having superpowers can tremendously influence one’s career choice. Super-powered individuals who will choose to become warriors or vigilantes will probably enjoy better work outputs and lower insurance rates compared to their non-superpowered colleagues. In this battle, we have nothing but warriors who possess superhuman abilities.

Surprisingly, this astounding battle is between two teachers! And no, we’re not talking about Miss Krabappel and Mr. Garrison. Toshinori Yagi, more commonly known by his hero name, All Might, teaches foundational hero Studies at U.A. High School. Might Guy is a teacher at the Ninja Academy, where he gives lectures and instructs students in Taijutsu. These two MIGHTY warriors represent the peak of training and skills and their power levels are off the chart.

Both characters are at their peak. Morals off. Might Guy starts in 8 gates. Both have no knowledge of each other. The battle takes place here:

With a never-ending smile on his face, the super brawn fighter All Might is a truly remarkable superhero. All Might can jump so high people mistake him for flying. His strongest super move – The United States of Smash – was able to defeat All For One, a perilous supervillain who is revered as Japan’s most powerful villain. This unstoppable punch was delivered with enough force to echo shock waves.

Might Guy is perhaps most fully represented by his “nice guy” pose: a thumbs up, wink, and winning smile – complete with the well-known ping. With his almost unparalleled skills in the Strong Fist style, he managed to open all eight chakra gates and nearly defeated Madara Uchiha, one of the deadliest villains in the Naruto universe. With the eighth gate opened, Guy’s punches can create powerful shock waves of air that can be used from a distance against his rival.

The #LegendsTournamentCup is here!
🏆 1st Round: Might Guy Vs. All Might 🏆
Did you vote just yet? 🤗
Watch this video and decide 👇🏽#video #wednesdaymorning #meme #clip #movies #anime #Manga #allmight #mightguy #film #FillInTheBlank pic.twitter.com/4aM5LZ5GNg

It’s superhero vs. ninja as shock-wave hits shock-wave in this incalculable battle of the Titans.