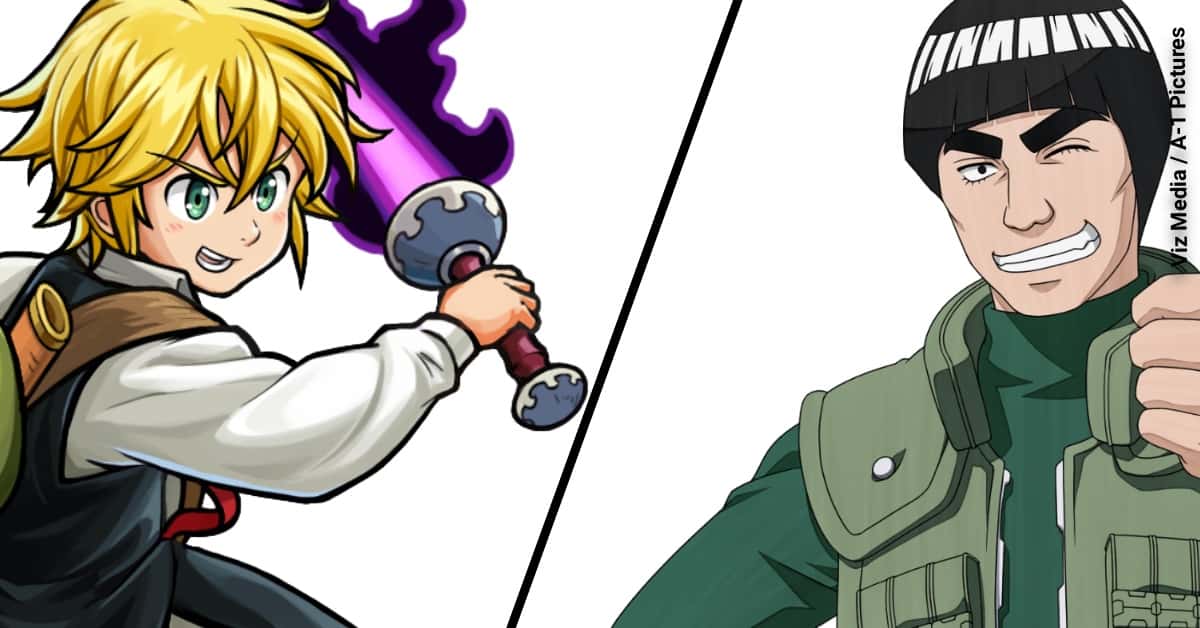 This is it! The Epic Battles Finals marks the end of a journey we started about three months ago. It’s Meliodas defeated Hancock, and Might Guy destroyed Raiden in the epic semi-finals.

Field Of Honor: This epic battle will take place on the snow-capped peak of Mount Fuji, with an everything-goes policy.

This means that Meliodas and Might Guy can use anything in their surroundings to defeat their rival: rocks, ice, the very low temperature, and the fact that Mount Fuji is an active volcano. Each of the contestants will fight barehanded. 1/2 KM Apart.
The fight will continue until someone gets knocked out of consciousness.

How Strong Is Meliodas from The Seven Deadly Sins?

Meliodas is one of the skilled sword fighters in anime! Meliodas made his way to the finals by winning the sword fight battle against Obi-Wan, he eliminated Deadpool. Meliodas powers are legendary! He was the captain of the Seven Deadly Sins, he is a member of the Demon Clan, he reigned supreme and was considered to be the most powerful demon, second only to his father, the Demon King. So powerful, in fact, that the demon Gowther stated his betrayal alone caused the balance of power between the Goddess and the OP MC Demon. Clans to tilt in the favor of the former and allow them to start the Holy War.

Like all members of the Demon Clan, Meliodas is capable of manifesting their mysterious power of darkness, which he can use and morph into various shapes for a variety of purposes, such as forming wings to fly, reattaching limbs, and mostly enhancing both his physical and magic power abilities. Meliodas is well-known for his pure physical prowess, but he also has incredible magical abilities, notably his virtual immunity to magic attacks through his ability Full Counter.

An example of his immense combat skills was when he overwhelmed both the ancient Fairy and Giant Kings, Gloxinia, and Drole simultaneously. The most noteworthy display of his outstanding fighting prowess and power was when Meliodas’s emotions, upon becoming serious, could defend himself against his father for a brief period before being quickly subdued.

Before the start of the medieval anime series, his power was intense enough to destroy the entire Kingdom of Danafor. The famous wizard Merlin, feeling his power was too vast and dangerous for him to control, stole most of it before he could do the same to the Kingdom of Liones.

Even with most of his power taken, however, he still had a power level of more than 10 times the standard for a Holy Knight of Liones. With his power returned, he can easily fight on par with and defeat members of the legendary Ten Commandments, even despite it only being a fraction of his original power during the Holy War.

Full Counter: This ability allows Meliodas to reflect magic attacks aimed at him, back at the enemy, but with much greater power; therefore, the stronger the opponent’s powers are, the rebound becomes. A prime weakness is that Meliodas cannot initiate attacks himself. He is also incapable of reflecting attacks if the opponent does not allow him to read the timing/nature of their attacks. Physical, indirect, and
continuous attacks can also not be reflected.

Hellblaze: A mysterious ability displayed by Meliodas that allows him to generate black flames. The technique also has the additional effect of nullifying an immortal’s regeneration.

Assault Mode: This form allows Meliodas to unleash his demon powers to the fullest, achieving immense powers. According to Melascula, back in the days when Meliodas was in command of the Ten Commandments, even they were in fear of him while in this mode. The drawback is a temporarily robs Meliodas of all his feeling and emotions, causing him to revert to how he was before he betrayed the Demon Clan.

Might Guy defeated All Might, and he destroyed Wonder Woman, making his way to the finals. The Konoha’s Sublime Green Beast of Prey, as Guy refers to himself, is a legendary shinobi, recognized as one of Konoha’s village’s strongest. His skills have been acknowledged by the likes of Itachi Uchiha (who warned the entire Akatsuki not to underestimate him). During the Fourth Shinobi World War, Guy fought the Six-Tails alone and when he opened all eight chakra gates, he nearly defeated Madara Uchiha as the Ten-Tails’ jinchūriki (who said that might guy is the most powerful opponent that he had ever been up against).

Eight gates Guy could bend space around him and created sonic boom attacks, beating Madara senseless for five minutes. A Madara whose base could destroy mountains, summon meteors, and defeat an entire army of shinobi.

Strong Fist is Guy’s characteristic fighting style, the purpose of which is to cause external damage and break bones. This style of fighting involves smashing your opponent and is generally used only by extremely physically powerful and dominating shinobi.

Night Guy:  is a forbidden Taijutsu of the highest level and can only be performed after opening all Eight Gates. When Guy initiates the technique, he emits an enormous amount of red steam and his chakra manifests into a red burning dragon around his body. He then dashes forward at such an extreme speed that the space within the immediate vicinity of the technique is distorted, making it impossible for the target to defend against it.

Guy then deals with an immensely powerful kick that carries such force that it is capable of obliterating the target’s body, as well as creating a devastating shock wave linear to the kick. The damage itself was so great that even Madara Uchiha as the Ten-Tails’ jinchūriki feared for his life.

Daytime Tiger: This is an incredibly fast punch. After opening the seventh of the Eight Gates, Guy launches concentrated air pressure at opponents that violently expands on contact, creating what he calls his one-hit-kill move. The air pressure will condense as it’s moving and be focused on a single point. The technique then explodes on command, releasing the built-up air pressure in an instant. A massive explosion is created which can be felt a significant distance away.

The power levels in this anime battle royal are off the charts. Since we’re dealing with two of the mightiest warriors in the universe we can expect them to use every technique, skill, and power in their arsenal to come up victorious. Check out the battle report final score: Meliodas is the Epic Battles 2020 Champion!